You’ve double-checked all the details. The banquet room is booked, the caterer is working on a special menu, and the floral arrangements have been ordered. But your job hasn’t ended quite yet. Your well-planned event could wind up a flop if you overlook the most important detail: spreading the word. Here are some ideas to spark your imagination. 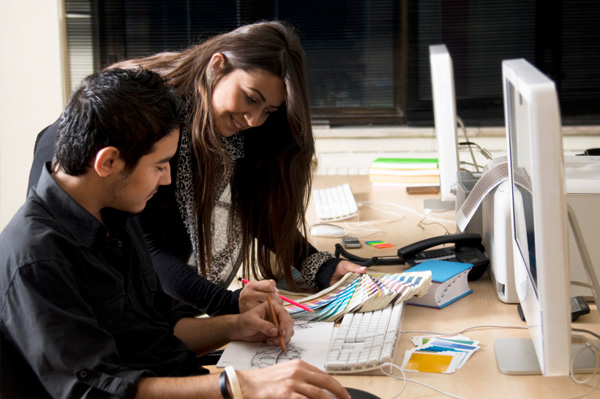 Media outlets receive hundreds of news releases each week. As you’re trying to grab the interest of reporters, editors and producers, consider sending a release that’s out of the ordinary.

“To announce new products or special events, I’ve sent releases taped to a light bulb, with the words ‘We’ve got a new idea’ on the outside,” said Mike DeHart, a marketing specialist who lives in Asheville, NC.

“Send out a black golf ball, with gold insignia and gold tee, announcing a benefit golf tournament,” said Public Relations Specialist Kay Pinkerton. “Members of the media who attend can enter a raffle for dinner and receive an exclusive interview with a corporate giant who is tied in with the tournament. I used to work for Hunt Oil Company, which sponsored the Byron Nelson Golf Classic. That’s what made me think of this crazy idea.”

If you are trying to entice the local TV station to publicize your event, arrange for active video possibilities. TV newsroom assignment editors are constantly on the lookout for stories that will generate exciting video.

Steven Spenser, president of Praxis Communications in Seattle, says the Kentucky chapter of the American Lung Association needed to promote a day-long asthma program featuring Olympic track star Jackie Joyner-Kersee. He recommended putting Joyner-Kersee together with asthmatic kids. One idea featured a run around a park or school track.

Organizers had scheduled Joyner-Kersee to have lunch with a select group of community VIPs. After that, she would speak to a group of school personnel on the importance of recognizing asthma in their students, and then launch an afternoon health fair. The pre-event publicity included sending press releases to local media, giving brochures and posters to local schools, printing newsletter articles, handing out event T-shirts, and setting up interviews on local TV/radio talk shows. However, Spenser encouraged the group to go even further in its publicity efforts.

“Inviting TV and print photographers to cover the Olympic star at her lunch or her address to school officials would result in dull, static coverage. The great publicity potential of an impressive athlete would be reduced to a talking head at a lectern. This makes for boring television,” said Spenser. “Whatever you plan, get the media to show movement–activity–excitement. Think in terms of what makes a good special event, not how to use your star attraction to convey information anyone else could do just as well.”

Getting the word out about events isn’t limited to contacting the media. For many events, you will want to create a guest list and send out personalized invitations. While a formal, engraved invitation with a response card is perfect for some occasions, others require more creativity to produce results.

“For a groundbreaking, we sent the invitation attached to a sapling in a mailing tube with the suggestion that folks either plant the tree in their own yard, or come to the groundbreaking event and plant the tree for the future of healthcare in Indiana,” said Frederick C. Bagg, director of community relations and marketing at St. Francis Hospital and Health Centers in Indianapolis, IN.

Bagg also came up with a humorous idea to invite doctors to the grand opening of a new Obstetrics and Neonatal Unit. Twenty doctors received a disposable diaper with an invitation attached and an unwrapped Hersey’s kiss inside. “Doctors are an unusually difficult group to get to respond to an invitation,” said Bagg. “We got 16 or 17 of them to stop by for the breakfast event and tour.”

Consider creating a Web page to aid your publicity efforts. You can provide easy access to information about the event including location, directions, scheduled activities, and how to respond including online registration. For example, many class reunion planners establish Web sites to keep classmates updated about upcoming reunions, and to post current information about their lives.

E-mail is another effective way to communicate with people who will attend your event. Consider establishing an e-mail discussion list for your group. There are several sites that offer free listservs. One such site can be found at www.egroups.com. The advantage of creating your own discussion list is you send one message and it is automatically distributed to all of the e-mail addresses on your list.

For the event involving Jackie Joyner-Kersee, Steven Spenser recommended putting the track star on a chat forum to talk with area kids who have asthma. He also suggested an online media interview with Joyner-Kersee to get the attention of Web-savvy reporters.

Word-of-mouth is generally the best advertising, and that goes for event publicity as well. Spread the word. Let people know about the event, and remind them with a note or phone call. Roger Snowdon, president of Media Magic in Fredericton, New Brunswick, Canada suggests making a list of who knows whom within your organization. “Assign them to a hot list to generate interest and talk,” said Snowdon. “We have done this by getting a team together and working the phones through a weekend. In this case it was a political event, but the same methods could be used for many other events as well.”

Don’t overlook tried and true publicity options. If it’s a community event, you can send public service announcements in newspapers, shoppers guides, TV and radio. Other ideas include:

A combination of publicity strategies will result in the greatest success for your event. Remember to be creative and have fun. Then take pride in producing one of the most well-attended and best-executed events in town.

48 mins ago
by Tamara Kraus