The British royal family might seem like they live on another planet where the air is cleaner and the clothes are better-fitting, but in reality, they’re people like anyone else. And believe it or not, they even have wardrobe malfunctions — well, they would if it weren’t for their fashion and beauty hacks.

Have you ever wondered why Duchess Meghan (née Markle) of Sussex always looks so put-together? Or why the Duchess of Cambridge’s (better known as Kate Middleton) skirt never flies up even in the strongest of breezes? Well, like everything, the royals have a hack for that. Ahead, we’ve collected the little-known fashion and beauty secrets the royals use to avoid wardrobe malfunctions. Find out how they keep calm and collected, even in nature’s most trying situations below. 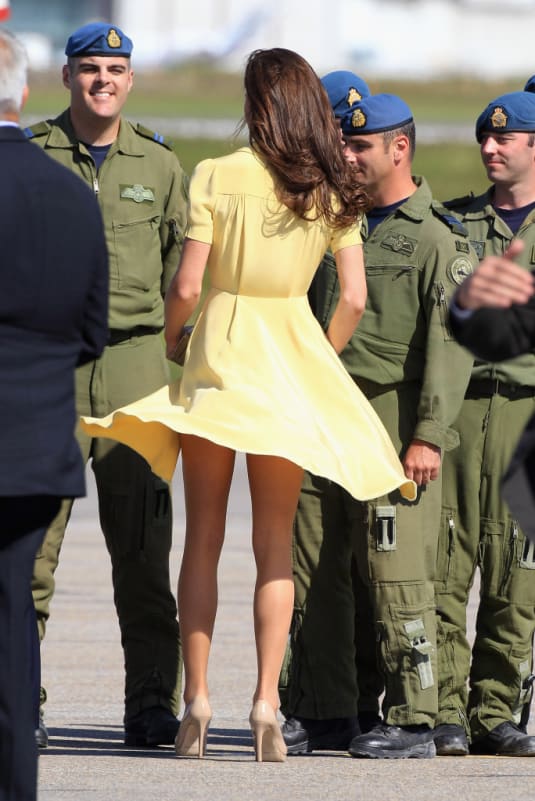 To prevent their skirts from flying up in even the strongest winds, royal women such as Kate and Meghan often wear bodysuits underneath their dresses to create static. That way, when a gust of wind comes, their skirts will stick to their bodysuits and stay down.

“Often they wear body suits and clothes that actually increase static so it’s much hard for something to fly up,” Myka Meier, a royal etiquette expert, told The Sun. “So you have an undergarment that is almost like a body suit that is one tactic that is used.”

“Often they wear body suits and clothes that actually increase static so it’s much hard[er] for something to fly up,” Meier said. “So you have an undergarment that is almost like a body suit that is one tactic that is used. If you do not use weights or heavy weighted material, you make sure it will not fly up by wearing under garments that keep the fabrics connect[ed] to your body.”

Wearing shoes a size too big to avoid blisters 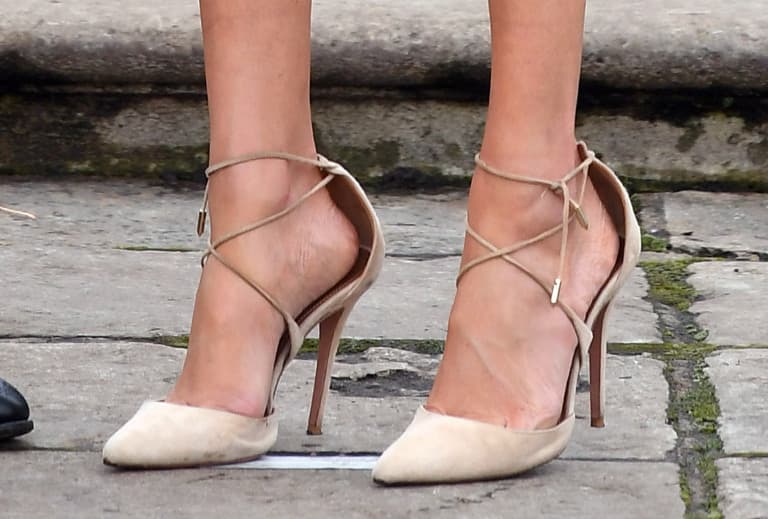 You might have noticed Meghan is often seen with shoes that are too big for her. Well, there’s a reason for that. According to fashion expert Harriet Davey, many celebrities often wear shoes a size or two sizes up to avoid blisters. Also, long periods of standing often cause the feet to swell, so the bigger shoes also work against that.

“Celebs often go a size up, or even two, in the shoe department when they’re at an event or on the red carpet and it’s for one reason we can all relate to — to avoid blisters,” Davey told The Sun. “There’s nothing worse than uncomfortable shoes (we’ve all been there on a night out) and when celebs like Meghan are wearing heels for a long period of time their feet can often swell up.”

Weighing down skirts with small weights 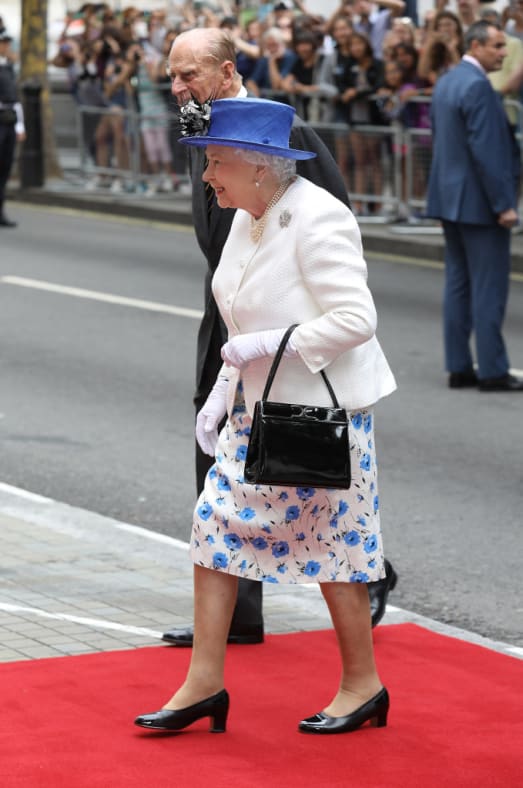 Another trick royals use to prevent their skirts from flying is sewing small weights along the hem. Queen Elizabeth is especially a fan of this hack and prefers it over the bodysuit trick. She even sews weights on dresses that aren’t as light so they can hang more evenly. “I just pop a couple of weights into the hemline of her dresses and coats and it makes them hang beautifully. If there is a flap in the coat then I will sew in one on each side of the split to even it up,” Stewart Parvin, Queen Elizabeth’s courtier, told the Daily Mail. “And sometimes if she is wearing a lightweight chiffon skirt I will sew in a smaller lead weight the size of a pea or even a length of chain.” 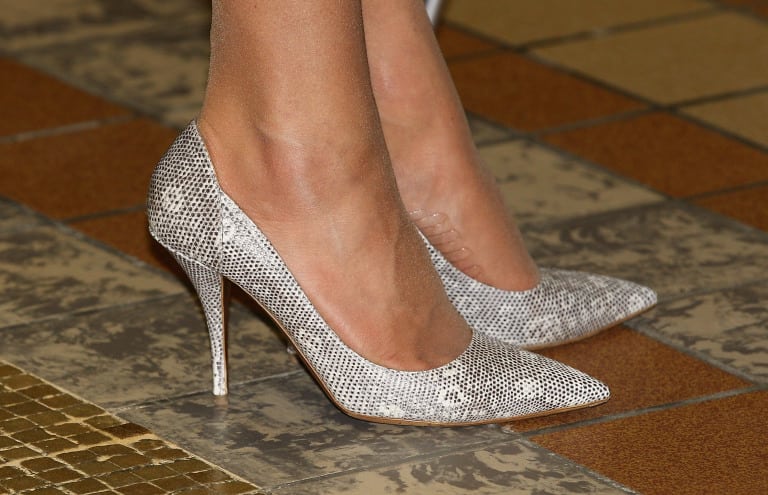 As many royal traditionalists know, bare legs are frowned upon in royal circles, which is why many women wear sheer or nude stockings. But also, as many know, tights don’t provide a lot of friction in shoes and can often lead to feet slipping out of them. To prevent this, royals such as Kate purchase specific tights from John Lewis with rubber soles that adhere to the shoe and keep the feet from sliding around according to The Sun. 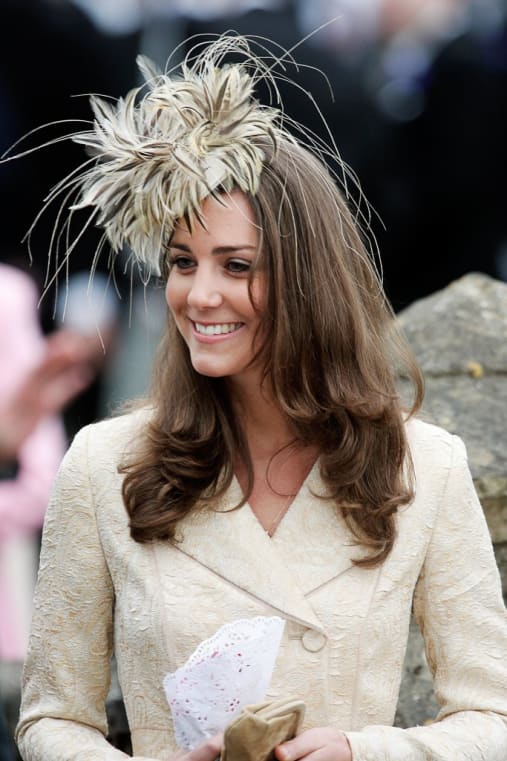 The royals are known for their extravagant hats. But with their size and often offbeat shapes, it’s hard to keep them on, especially when they’re supposed to be worn at off-kilter angles. So the royals came up with a solution: elastic. According to Jill Courtemanche, a custom hatmaker, royals often wear elastic in the same color as their hair to keep their hats from falling off. “Preferably the elastic should be the same color as the wearer’s hair and is worn under the hair at the back, resting below the bump on the back of the head,” Courtemanche told Royal Hats. 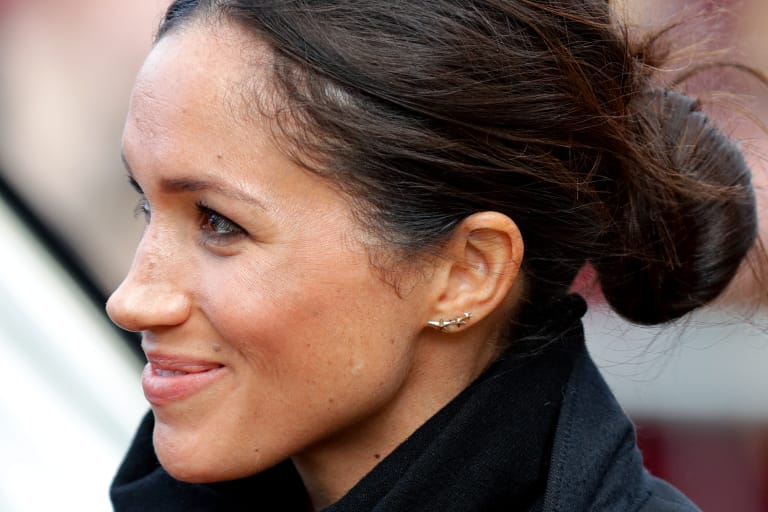 Meghan gets a lot of flak for her messy buns, but there might be a practical reason behind them. Byrdie U.K. explained that the Duchess of Sussex’s habit of wearing low buns might be to avoid dents and creases that would be created by ponytails or top knots. The messy bun allows Meghan more freedom when styling her naturally curly hair differently at night, so she doesn’t have to wash it again.

“With a full schedule of day and night events, there can’t be much time for Meghan to perform a full hair wash and restyle in between,” Byrdie U.K. reported. “So, unlike a hair-denting ponytail or root-ruffling topknot, a low bun is like a form of damage control. Markle can wear one all day and then quickly unwind it — letting her loose waves fall beyond her shoulders, ready for the evening’s function.” 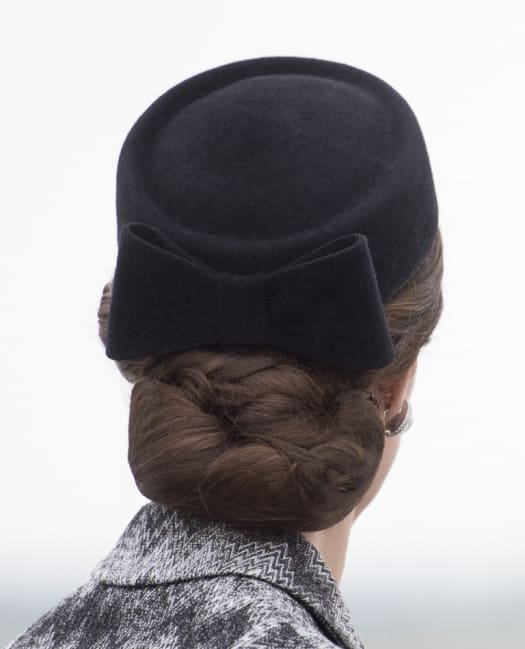 Not only are hairnets traditional, but they provide a practical purpose to a royal’s look. The cheap accessory, which is a favorite of Kate’s, is often worn in a color similar to the hair and allows the royals to wear tight, neat updos without having to worry about them falling apart. 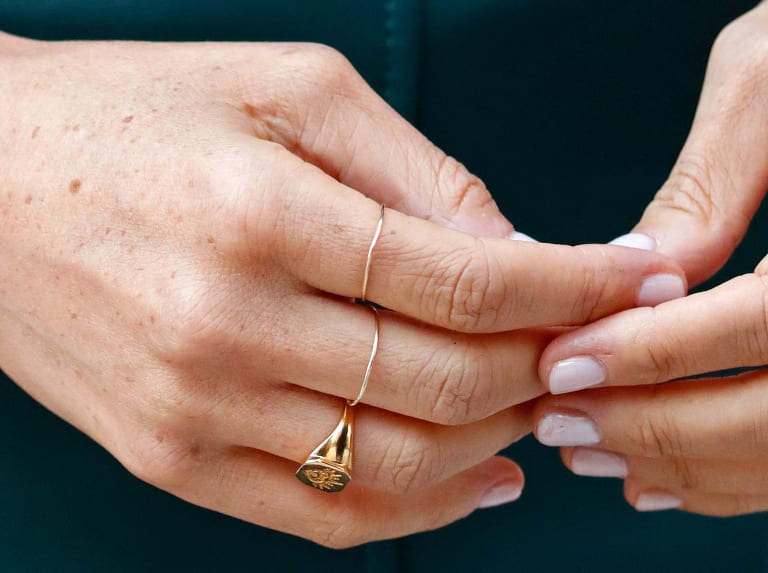 It’s a royal tradition for members to wear natural-looking nail polish colors and avoid bright shades, such as red or yellow. But there might be a reason behind that too. A manicure that matches one’s skin tone makes it harder to tell if a royal’s nails are chipped or not. And though it’s not a foolproof solution, chipped nails with natural-looking polish definitely look better than if the polish were neon.

The 8 Best Dinnerware Sets for Every Day of the Week

The Best Extra Wide Safety Gates for Pet-Proofing Your Home