“Guys I’m so excited! I can finally say it!” Chrissy Teigen exclaims in her Instagram Story. “My Cravings collection kitchenware line is coming to Target exclusively Sept. 30th!”

And we’re just as excited as she is for this announcement.

Following the release of her second cookbook, Cravings: Hungry for More, which hits stands Sept. 18, Teigen has partnered up with Target to launch the new collection.

“We have a great relationship with Chrissy and have worked with her in a number of ways over the years — from her first modeling job being in a Target catalog, to her starring in our 2016 holiday campaign. When we learned she was launching her own kitchen and tabletop line, we both knew it would be right at home at Target,” said Mark Tritton, executive vice president and chief merchandising officer of Target, in a press release.

“We know our guests will be excited to see Chrissy branch out with the launch of her new collection, and we are thrilled to be the exclusive retailer for Cravings by Chrissy Teigen,” Tritton concludes.

The collection includes everything Teigen uses to prep, cook and serve her favorite recipes (likely from the upcoming cookbook and her first cookbook, Cravings) — from cast-iron Dutch ovens to cutlery, glassware, pitchers and everything in between. 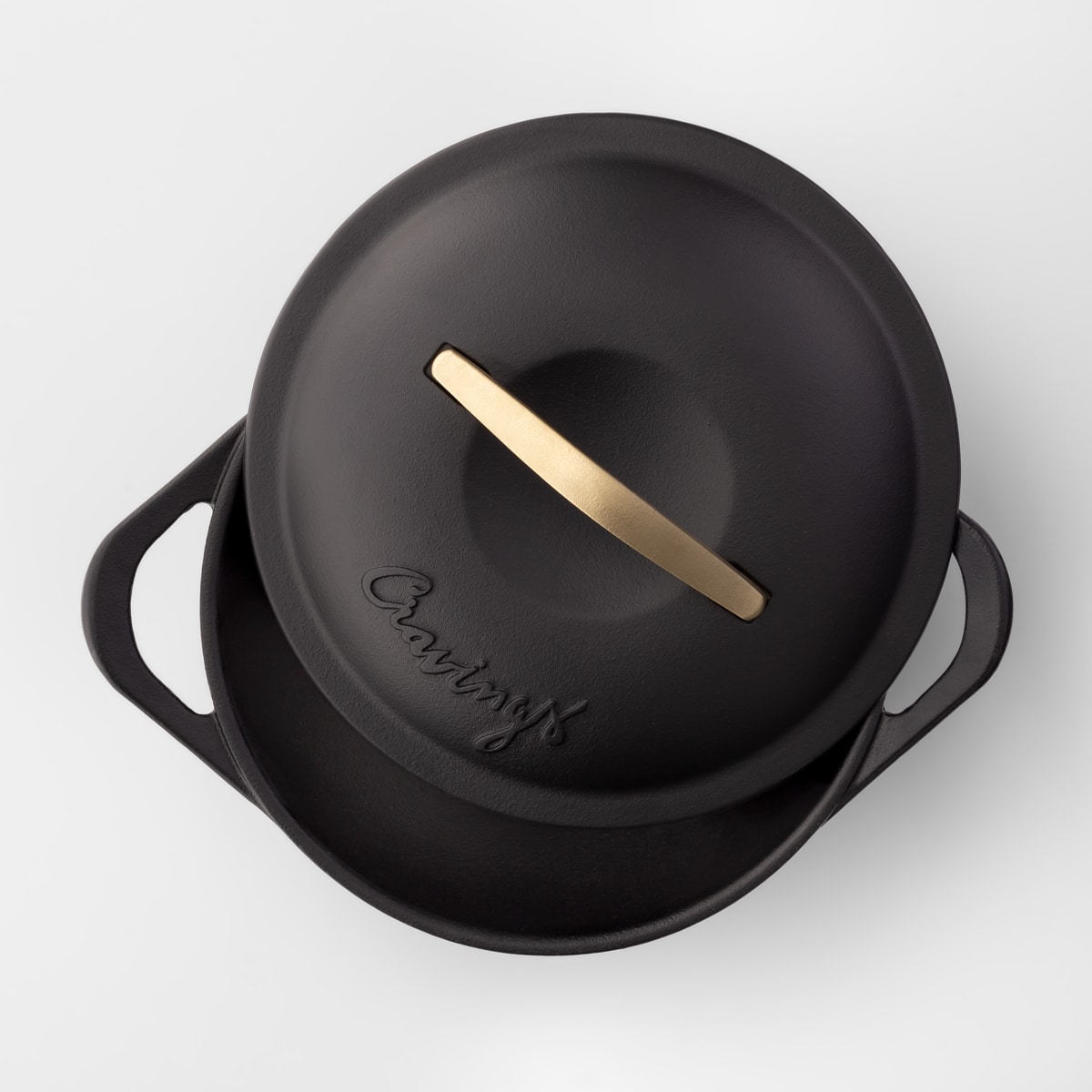 “I’ve always wanted people to love what they’ve cooked from my books. Creating a collection was a natural extension of my passion for food, and I am so excited for everyone to be proud of and truly love their kitchen and tools,” Teigen told Target.

There are over 40 items available as part of the collection, and they’re all affordable to boot — ranging in price from $4 to $140.

Teigen’s favorite items include her go-to knife, which she calls her “everything.” 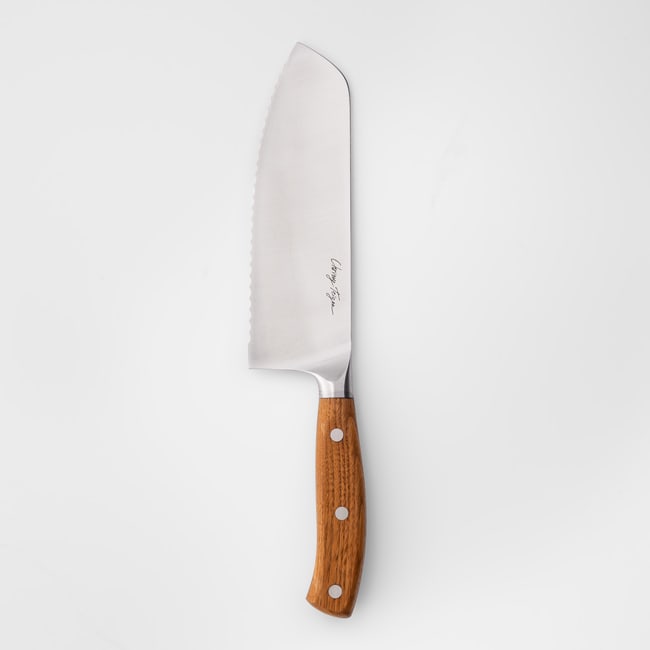 “It was the first thing we created,” she said in the same press release. “I have so many knives in my own kitchen, but always found myself gravitating towards my 7-inch chef’s and serrated knives. I always wished they would morph into one, so we did just that. It slices juicy tomatoes, steak and rustic loaves of bread perfectly. I truly love it.”

She’s also a big fan of the collection’s organic plates and bowls. 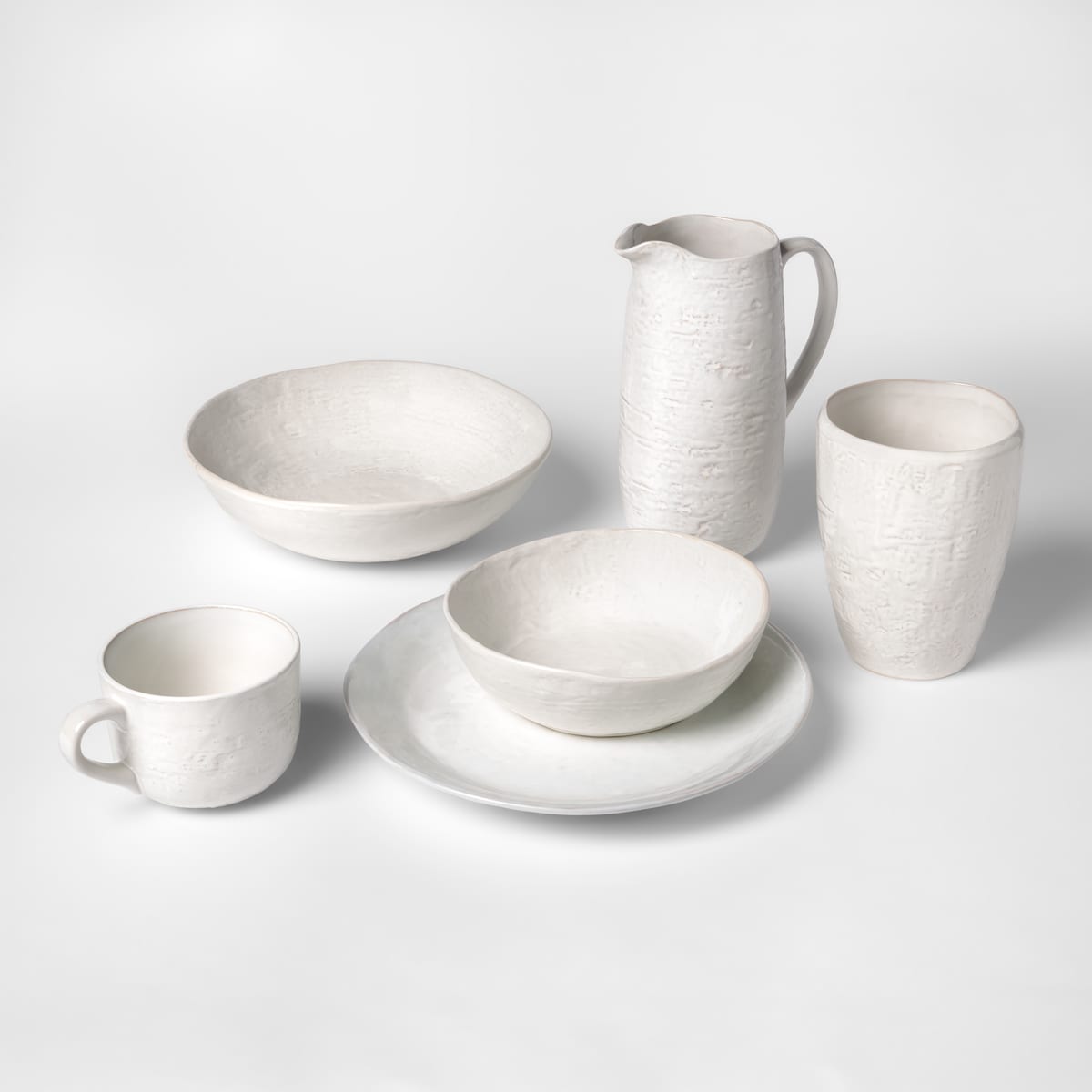 “I wanted to make sure everything in the line felt unique and special, and each piece has little marks of character — like raw edges and flecks of glaze that differ from piece to piece,” Teigen said of the dinnerware collection. “They’re timeless but have character, and they look beautiful both on a table and stacked on a shelf. I think I’ll cry when people start tagging me in Instagram photos of them filled with their delicious food!”

Target will even release an exclusive edition of her second cookbook, which will include snack recipes you won’t find anywhere else.

As far as what fans and readers can expect from her upcoming cookbook, Teigen says it’ll include even more family recipes, many of which are Luna-approved. 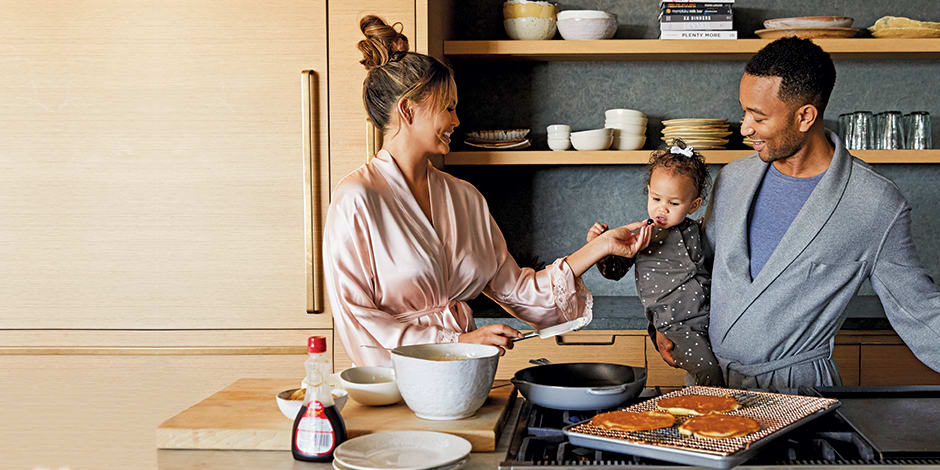 “With the first book, I remember being a little bit nervous about including the Thai food my mom cooked for me growing up. I wasn’t sure if people would be open to it, but they loved it. So, mom is back!” she says. “Plus, John tested absolutely every single dish, and there are many Luna-approved recipes (blueberry pancakes with cream cheese bombs, anyone?).”

The Cravings by Chrissy Teigen collection launches in Target stores and on Target’s website starting Sept. 30.

30 mins ago
by Olivia Harvey

49 mins ago
by Olivia Harvey

Appliances, Furniture & Mattresses Are Deeply Discounted for the Fourth of July & These Are the Best Deals