Even though it doesn’t feel like it to most of us, May 5th has finally arrived. To some of you, that’s just another day on the way to summer. For others, it brings to mind margaritas and tacos and an excuse to party (via Zoom of course): Cinco de Mayo (literally, “fifth of May”). Admittedly, as a white, non-Hispanic person, I can’t tell you the lived experience of being a Mexican watching all the stupid shenanigans Americans get up to on May 5. What I can say is, folks, we need to be better than this with non-offensive ways to celebrate the holiday.

The truth is that Americans are way more into May 5 than Mexicans are, in part because the date refers to a battle against the French that took place in Puebla in 1862. Although the Mexican troops won that battle, they later lost a second Battle of Puebla to the French. In fact, Cinco de Mayo didn’t really gain steam as a holiday in the U.S. until the 1960s, probably as an excuse to sell more beer.

None of that has stopped Americans from turning it into a national event. Hopefully, by now you know well enough that if you’re not of Hispanic descent, donning a sombrero and poncho for the festivities is problematic (cultural appropriation, anybody?) Hopefully, you also know well enough not to speak in silly (and offensive) accents, and you’ve decided not to streak through the night yelling “Cinco de Drinko!” We know this, right? Right?

That doesn’t mean you can’t celebrate. If you’d like to recognize Cinco de Mayo — without looking like an ignorant jerk — here are some ideas.

… starting with the fact that Mexico’s real independence day is Sept. 16, which is recognized as the beginning of the revolt against the Spaniards.

Mexico is full of rich history. Whether you start with the Olmecs, the earliest known society in Mexico, and work your way forward, or start with more recent times, there’s no shortage of human stories to learn from. Challenge yourself to learn something new.

Try I Am Not Your Perfect Mexican Daughter by Erika L. Sanchez, The House on Mango Street by Sandra Cisneros, The Hummingbird’s Daughter by Luis Alberto Urrea or The Distance Between Us by Reyna Grande.

There are several movies available to stream. Try I Dream in Another Language or Roma for starters. The same goes for shows. Try Rebelde or La Reina del Sur. Netflix even produced a fictional show, Ingobernable, about the president and first lady of Mexico that has gotten rave reviews.

Skip chain restaurants like Chipotle or Taco Bell. Whether it’s ordering takeout from a food truck or ordering some new clothes online from a clothing store, support businesses owned by local Mexican-Americans instead.

Experiment with Mexican cuisine from the comfort of your own kitchen. Try to go beyond recipes and learn about the cuisines of different areas in Mexico — Baja, Yucatán, Jalisco — and a bit about their history and how it influences the expression of their local dishes. We love the blog Mi Mero Mole because it is written in English and Spanish and is filled with tons of delicious and authentic vegan Mexican recipes.

6. Listen to Mexican or Mexican-American musicians

Selena counts, yes, but try to expand your experiences here. Spotify has a regional Mexicano (Mexican regional) playlist if you need somewhere to start.

Here are a few to consider:

Detention Watch Network, which is “working to expose and challenge the injustices of the United States’ immigration detention and deportation system.”

Farmworker Justice, which “seeks to empower migrant and seasonal farmworkers to improve their living and working conditions, immigration status, health, occupational safety, and access to justice.” 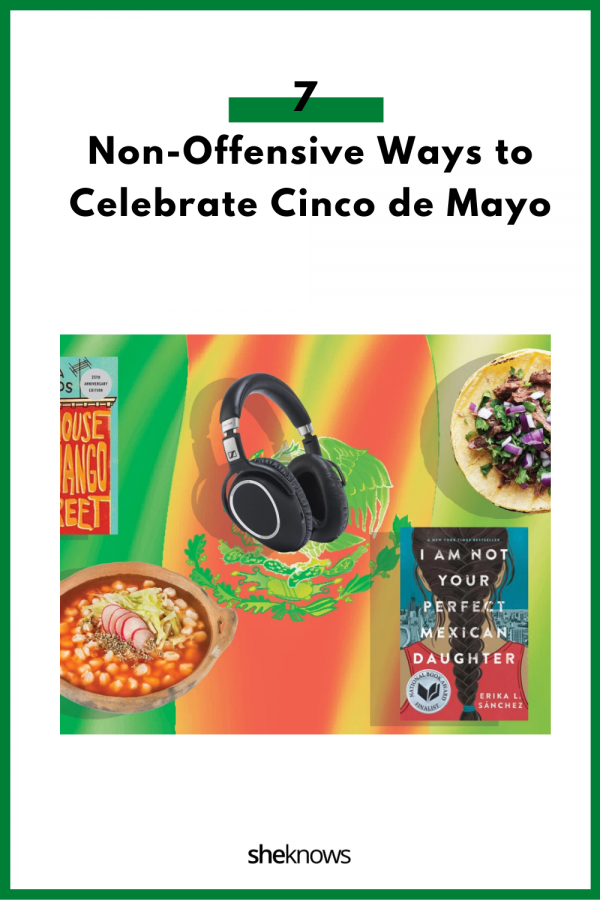