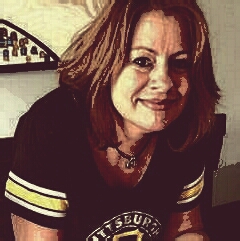 I’m afraid of of pets – very afraid. This is difficult for several reasons. The first being that there are animals everywhere. My backyard aligns with a patch of woods, and at any moment you might turn around to find a bunny sizing you up from across the lawn. Then there are the hamsters in elementary school classrooms, petting zoos, a friend’s new puppy, the neighbor who doesn’t like leashes, and pigeons everywhere. I’m telling you, it is a minefield out there for people like me, and animal lovers will never truly understand that.

More: I have spooky dreams about my old cats before adopting new ones

And I mean that – they really don’t. Some go so far as to hate me, if not blatantly, then at least covertly and on the internet. In their minds, “She’s afraid of animals” gets translated to “She hates animals,” and from there it’s only a small leap to “She is a cold and heartless individual with no love for anything adorable.” This is not me being paranoid. How many memes have we seen about people who don’t like animals being assholes or not having souls?

In the haters’ defense, I guess it does seem kind of weird to be like, “Back the fuck off with your precious fluffy kitten!” But I don’t know. I’m 44 years old, and it is what it is at this point. And I guess that is what I really need to tell the rest of the pet owners out there.

Not the ones who know me well enough to just deal with me, and not the ones who hate me. I speak here of the ones who believe they can cure my fear in much the same way as those Christian fundamentalists aim to “cure” homosexuality. The following are some of the things they might say with the best of intentions, but always, always with the worst of results.

“He won’t hurt you.” It’s as if these words get scrambled on the way into my brain, so that what I actually hear is, “He hasn’t bitten or viciously mauled anyone yet today.” Just look up the word “animal” on Thesaurus.com. Some synonyms include: beastly, brute, feral, wild, untamed. Antonyms? Gentle. Mild.

“They can smell fear.” Oh, well that’s fucking perfect. Let me just take my fear off and stick it in my purse then. Or better yet, I’ll run out and leave it in the car. I can’t imagine why I brought it in with me in the first place! Listen, I am perfectly aware that animals can smell fear and why do you not understand that this makes me even more afraid?

“Just pet him!” This one usually only comes from dog owners, and I hate it because either way, no one wins. If I don’t pet the dog, then I’m snubbing the person’s four-legged baby, which I do understand is just as offensive as snubbing a person’s human baby. Not only that, but I’m now considered to be inflexible, uncooperative and generally no fun.

More: My animals give me the nonjudgemental support I need for my social anxiety

On the other hand, if I do pet the damn dog, I risk offending its owner just as much as if I’d refused. Mainly because of the way I look while petting a domestic animal, which is similar to the way anyone else looks while petting a pterodactyl, hesitant with absolutely no trace of affection. Only now, I have heart palpitations, and I’ve led the animal to believe that I want to be its friend, and that further petting might ensue at any moment. Now little Spike or Sammy or Sunshine will not leave my side. It gets awkward very quickly.

“You’ll like my dog.” I feel bad about this, I do, but no. I will not ever like any dog. Still, it also makes me kind of mad. I wouldn’t find out that someone is violently afraid of heights and immediately say, “No, no, no, you’ll like the rooftop terrace of my skyscraper!” “Oh, you say you’re agoraphobic? Come on, what’s to be afraid of, you’ll have fun at my party. ” “Terrified of clowns? That’s just because you haven’t met the ones at my circus!”

But it’s OK, I at least have David Sedaris on my side. When I met him at a book signing and I mentioned I didn’t have pets he replied, “Good for you. Who needs pets? We have nature – that should be enough.” So at least someone understand how I feel.