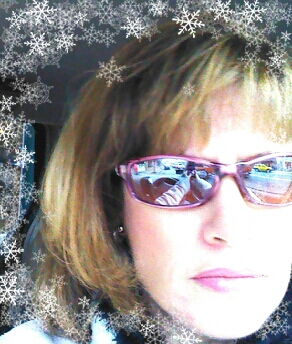 Twenty-two of the most influential women of color online are risking anger from their audiences and potentially alienating some brands and businesses they work with in a new movement to stop racism and discrimination in its tracks.

These are women with huge followings on social media. One of them, Luvvie Ajayi, has over 104,000 followers on Twitter, and her book, I’m Judging You debuted at #5 on the New York Times best seller list last month.

More: Parents share how they told their kids about President Trump

Jasmine Banks is a mental health activist who helps tens of thousands of women cope with and rise up from postpartum depression through her work with Postpartum Progress. The site had 2.6 million page views in 2015, and their yearly event, “Climb Out of the Darkness,” is the world’s largest event raising awareness for maternal mental illness.

Kelly Wickham Hurst is the founder of Being Black at School, an initiative promoting cultural competency and equal treatment for students of color.

Together with 19 other women, Banks, Hurst and Ajayi launched a movement called Our Digital Disruption last week to demand safety and respect for women of color in the online community.

“We believe our digital communities set the tone for society in many ways. Our work spaces are microcosms of the bigger societal issues,” the organizers said in a statement to SheKnows.

I also spoke to Banks, who told me, “Bloggers of color consistently receive feedback about ‘being too edgy’ and are told how conversations about race and politics are not family friendly. It should go without saying that bloggers and influencers of color are passed by, as our white peers are given more opportunities—the influencer world is simply a microcosm of the larger professional world.”

The group will roll out a rating of online communities and conferences on how well they respect and lift up voices of marginalized women. There’s an emphasis on women of color, but they aim to interrupt sexism of any kind, Islamophobia, anti-Semitism, ableism, and homophobia.

More: 9 things people of color want you to know before you become a white ally

Banks told me, “We will be asking our audiences, and audiences that wish to engage in social justice, to no longer participate with brands and orgs that refuse to protect influencers of color. We will call for boycotts and organize online actions against organizations and brands that engage in harmful or marginalizing behavior as well as those who do not seek to proactively address their inequity that influencers of color face.”

The group vows to support one another emotionally and professionally, so that they can offer the same support to others on the margins. They’re asking us to do the same. I’ve signed the pledge to throw my support behind these women, and I hope you will, too.

The full statement is below:

“Our Digital Disruption was created in the aftermath of the election on November 8, 2016. We got to see, in real time, what it looks like when a lack of representation creates the course for a nation. The collective of disruptors in Our Digital Disruption believe that culture is to blame for the election of Donald Trump. We continue to see the impact of that culture with the Trump Administration trotting out white supremacist leaders to be appointed in some of the most prominent positions of power in the United States.

But what does that have to do with bloggers and other digital influencers? We believe that our digital communities set the tone for society in many ways. Our work spaces are microcosms of the bigger societal issues. In the wake of a political shift in the United States, we found ourselves asking, “What are we going to do?” We believe we are responsible for impacting change wherever we find ourselves. We’ve worked for organizations and brands that all too often embraced inequity and inequality. These organizations have refused to hold the digital community accountable for reckless communication, decisions and actions that negatively impact influencers in the margins.

Many of us in the online community would love to see more diversity reflected on the stages of our conferences, in admin and moderator groups of online communities, and active support for marginalized voices. How will we know which ones have their priorities straight, given their sheer numbers?

Part of our demand is that all conferences, summits, and organizations that cater to the digital community create safe spaces for those of us on the margins to be respected and heard. Those spaces should be supportive, inclusive, and reflective of those of us in the margins. Any conference, summit, etc., that does not support women in general and women of color specifically, will be publicly boycotted and deemed a part of the problem.”

More: Why safety pins are not enough to stand up to discrimination