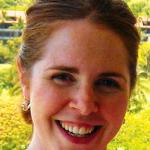 If Republicans’ first response to winning the election is any indication of things to come, this country has little hope of ever uniting. Even under the best of circumstances, recovering from this recent loss seems almost insurmountable. But when you add in the response of many Republicans —who are openly criticizing Hillary supporters who are faced with the agonizing task of dispensing with their grief and embracing a man they fear and loathe—you can plainly see that the division that now exists is destined to grow wider.

More: How I’m feeling as a biracial woman post-election

As Elisabeth Kübler-Ross detailed in her 1969 book On Death and Dying, there are five stages of grief:

There is no question that Democrats are racing through these stages in grim anticipation of January 20, 2017. We see evidence of this in the spike of calls to mental health hotlines as well as in the cries of protesters.

Under normal circumstances, those who have cause to grieve are permitted to do so without falling victim to ridicule or persecution. However, though we were once considered neighbors, family and friends, today millions of Democrats are being kicked while they’re down.

So I beg you, you have won. Please behave like winners.

More: I’m afraid for my kids after the election, but I will still teach them love

Are you afraid that we are going to request a do-over and that, for the fist time in history, it will be granted? I think it’s safe to say that 99.99% of all Democrats are acutely aware that the election has been decided. Our candidate has formally conceded. Yet you continue to torture us. We sign onto our Facebook pages, looking for levity and love, only to find “friends” posting hideous photos of Hillary adorned with hateful captions. Imagine if someone posted something like that about your mother on the day of her funeral. That is really how bad we feel.

Do you want us to apologize for interrupting your celebration with protests? Is it just too much for your egos to endure? Can’t you appreciate for one rare moment that we simply want the silent majority to join us in our fight for love and fairness; unity, charity and equality and all the other beautiful things that Trump routinely shuns? We aren’t trying to freak you out. Fear is your calling card, not ours.

So please, instead of continuously handing us reminders us of how very different we are, give us a moment to process the loss of all hope that the next four years will bring something different than what your insensitive, bullying response seems to promise.

This $20 Organizer Is an Instant Fix For Cluttered Kitchen Cabinets