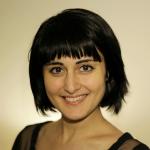 It’s election day, and the soon “Who will be President?” will no longer dominate the airwaves. If you’re wondering what you missed while we debated Trump’s tweets 24 hours a day, welcome. First, let me just say, this is far from a comprehensive list. This is meant to be a mere taste of some of the things we missed because of this embarrassment of an election stealing all our attention.

Here are some interesting and/or alarming events from the USA and around the world that you might have missed:

Remember January 2016 (back when Donald Trump was just a hilarious goon in the mix of 16 other Republican candidates who were literally all more qualified than he was)? Remember that whole thing in Oregon where an armed militia took over a government building for 40 days, vandalizing it, pooping everywhere, and generally being obnoxious and destructive all in the name of their cause, which was…something about government land belonging to states? I’m not sure. But they were mad that two guys were charged with arson on federal land and were apparently also guided by God.

Well seven of those men, including the two guys leading the damn thing, were acquitted last month. Yes, acquitted. People are shouting “WHITE PRIVILEGE” as loudly as they can but no one is listening. I personally find it a freaky precedent to set. Militias and their legality are a fuzzy, confusing and sometimes contradictory subject. This clarifies it slightly, in a way I find pretty disconcerting. I don’t think it’s far-fetched to say this might embolden other militia types to act, and with the alt-right coming out of the woodwork lately I feel “emboldening” is the last thing any of us wants for them.

Rodrigo Duterte mass-murdering his citizens in the Philippines.

This guy is baaaaaad news, folks. My good friend Adam Tod Brown wrote about this on Cracked more than once AND talked about it on his podcast, and I recommend reading/listening to his take because he’s smart and he even predicted Donald Trump way back when everyone laughed at him for it.

Duterte. For reals. He and his death squads as of September had killed 3,000 and over 700,000 had surrendered–keeping in mind that they might die too, and also that their conditions are utterly atrocious. And the worst part? Duterte has a nice comfy 76% approval rating among his people.

Not to mention the fact that Duterte is making things weird with the U.S., bringing China and Russia into it and generally causing a whole lot of discomfort in the international community.

To be fair, the U.S. Presidential election did bring a certain amount of attention to Aleppo when Libertarian candidate Gary Johnson was literally like “and what is Aleppo?” when asked what he’d do about it if he were President. Everyone collectively rolled their eyes and went “GOD, Gary, don’t you know anything?” while they pretended they all knew what Aleppo was.

That said, people still really don’t seem to realize the humanitarian crisis occurring there and the level of involvement Russia plays in it. Aleppo is a major point of contention in the Syrian war and astonishing numbers of civilians – many of them children – are losing their lives. I wrote about the basics of the humanitarian crisis in the aftermath of Gary Johnson having what he calls his “Aleppo moment,” but for more information about the politics of it, I recommend checking out this recent piece from the BBC as well as this piece from NPR.

The short version, because let’s be real that’s all I understand too: Mosul, a city in Iraq, is the last major ISIS stronghold, which would be a really big deal to take back. There are a crap-ton of troops currently deployed in this effort which started last month. ISIS leader al-Baghdadi is believed to be hiding there, and his capture could crumble the structure of the terrorist organization. The fighting here continues. This is not a battle to be overlooked. Fair warning: I’m linking to Wikipedia for this one. I like the way the article is set up; it makes it easy to find the information you need including the latest updates. Don’t judge me.

Hey, did you know we’re voting for a LOT more than just the President on November 8? There’s a lot of talk about the Senate, and some about the House, so I’m not going to get into that. But not too many folks are talking about the ballot measures, of which there are many. A few that stand out to me:

6. Geert Wilders and populism in Europe:

This fuckhead with terrible hair (why do they all have terrible hair?) is a pretty good representation of the populist freakout going on in Europe, so…fuck that guy. He’s also arguing that he has a right to say those things because of the freedom of speech and is boycotting his own trial over it. He claims that “if speaking about this is punishable, then the Netherlands is no longer a free country but a dictatorship.”

This case is a big deal because it calls up the question of what is and isn’t protected under free speech laws–note that there are exceptions to it even here in the U.S., if fewer than in Europe–and the argument about the balance between freedom of speech and freedom from discrimination.

It also draws attention to the rise of populism in Europe and how obvious it is, from a global perspective, that Trump is far from an anomaly, and that the sentiments that gave rise to his candidacy are not likely to go away anytime soon, even if he loses.

Interested in keeping up? Check out the NPR One app, which caters updates to you and makes it simple and easy for you to keep up with everything that’s happening. Interested in something more light-hearted? Check out Unpopular Opinion–Adam Tod Brown’s super-awesome podcast–and Race Wars, another awesome podcast featuring one of my favorite writers/people ever, Erin Gloria Ryan. I like people with three names, I guess.

Oh, and don’t forget to VOTE!

This post was originally published on Comic Wisdom and BlogHer,