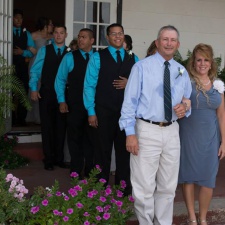 Blood is thicker than water, but this election year that has been put to the test. My sister and I grew up in the same house, went to the same schools and the same church and yet have completely different opinions on this presidential election.

About a month ago my sister shared with me her political choice and I was dumbfounded as to how she could have that opinion, which is completely opposite of mine. At first I tried argue my point and scream about why my choice was the right one. I realized I had to look at both points of view, which meant I was researching and debating more than I ever had before. Usually I decide early in the race and don’t listen to the negatives or positives of either candidate after that. But this year was completely different and for days we went back and forth discussing our reasoning.

More: How Hillary Clinton won the vote of this former ‘deplorable’

I am usually a quiet voter so this year has been a challenge. My sister is a little older than I am and someone who I thought was reserved, but I’ve come to realize that she is just as opinionated as I am. It is shocking to me how differently my sister and I view the same individual. It’s not just my sister: People at church are openly sharing their opinion and views on their candidate. This is something I would have never discussed especially with family and church. It’s bringing up uncomfortable political topics, like abortion. I do not agree with abortion, but my sister does because her daughter had to have one to save her life. We’ve also argued about which candidate is religious and even who bowed their head during prayer.

More: The real conversations people are having about the election

We’ve just had to agree to disagree. Since neither of us can convince the other that our candidate is the best choice, we’ll both be voting our own values and move on. Of course, we still send each other articles about our candidate daily to show why we are right.