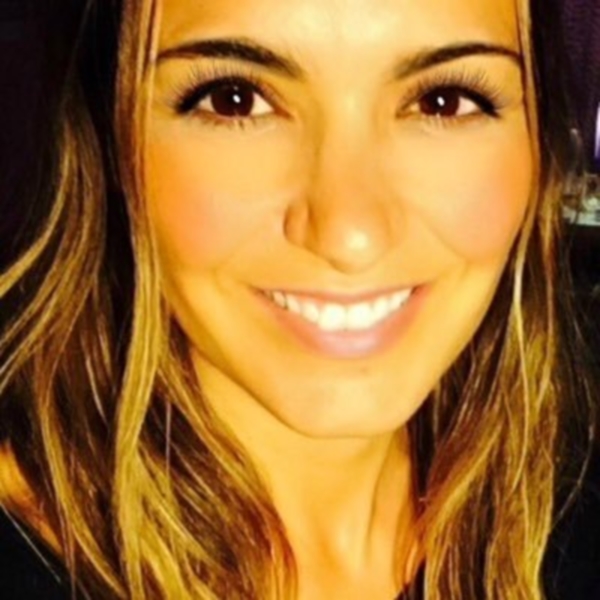 October 10, 2016 at 3:45pm PM EDT
Share
Most of us have been following the presidential race with bated breath, because it’s obvious that this particular election has been replete with controversy and hotly debated topics. Last weekend’s infamous sound clip, already referred to on social media as #TrumpTapes, reveals Donald Trump telling Billy Bush that in terms of his interaction with women, sometimes he just, “grabs them by the pussy.”  This comment obviously caused a firestorm of horror, indignation, and discussion on virtually every news outlet and social media platform.

More: What to do if your kid wants to build a wall like Trump’s

Now I could do the easy thing and offer an opinion on the political ramifications of this statement. But that’s not what this controversy is about for me. I’ve grown accustomed to the vitriol exchanged between both sides, and I’ve grown to expect the unexpected in this race thus far.

But this time, the controversy over Trump’s statement became very personal to me. And it wasn’t even his crude terminology. It wasn’t even about what implications a Trump presidency may or may not have on women, or our country. No — it what wasn’t really about him at all, but what I observed on social media following the release of the video that haunts me.

I read a tweet by Kelly Oxford that requested that women share their experience about being molested and/or touched inappropriately to illustrate why Trump’s mindset is so harmful. And then I read the thousands of tweets that instantly poured in. Women of all ages, in all locations, shared how they were sexually groped – by a family friend, a relative, a doctor, or a stranger.

I read the ages that some of these women were at the time of the incidents as young as four, seven, and ten. I recalled experiencing the same: Having a doctor quickly thrust his hand down my shorts during a routine exam, or having a stranger grope my buttocks while passing by me in a crowd at a baseball game. All before I was 12 years old.

I didn’t think to tell anyone, and while they may not have scarred me permanently, I never forgot them. Neither did the thousands of women sharing their own stories today. And that’s when this message became painfully personal.

More: I’m a woman working at a hardware store, and literally no one trusts me

As the mother of four daughters, this reality became instantly horrific and undeniable. We often worry about the possibility of rape, and try to teach our children how to handle potentially dangerous situations. Those incidents are indescribably tragic, but even a supposedly “lesser” incident such as a man deliberately touching a young girl’s chest as he passes her on the street still leaves its mark.

Of course there are political implications from this latest controversy. But what’s far more critical to me is the uncomfortable awareness that women are too often regarded merely as sex objects in our country, even at disturbingly young ages. It drove home the painful reality that regardless of who is president, I still need to teach my daughters not only about the difference between appropriate and inappropriate touching, but also how to respond if they are touched. They need to know that inappropriate touching isn’t limited to the kind we always expect: behind closed doors. They are not to be silent, trapping an uncomfortable experience within their own mind and heart. They are not to assume that being touched inappropriately is simply an inevitable and expected aspect of being a woman in this world.

The reality is, there are so many good men out there that respect the boundaries of a woman’s or girl’s body. I’m thankful for that, and want to steer clear of seemingly man-bashing an entire gender based on one man’s words. But there are also men that, whether due to sheer ignorance, selfishness, or evil intentions, assume that it is acceptable to touch women and girls in an uninvited sexual manner.

Yes, we can simplify this as a matter of Trump vs. Clinton, or Republicans vs. Democrats. But I believe that the issue is really much more vast than an election. Trump’s words disturbed me because of what I have experienced and read from the multitudes of women who shared their stories. Too many men not only think this way, but act on it. That is the greatest tragedy that his words shed light on today.

And while we can argue over how his words will affect our vote, the essential issue at hand is to teach our children— girls and boys— to respect the physical boundaries of others.