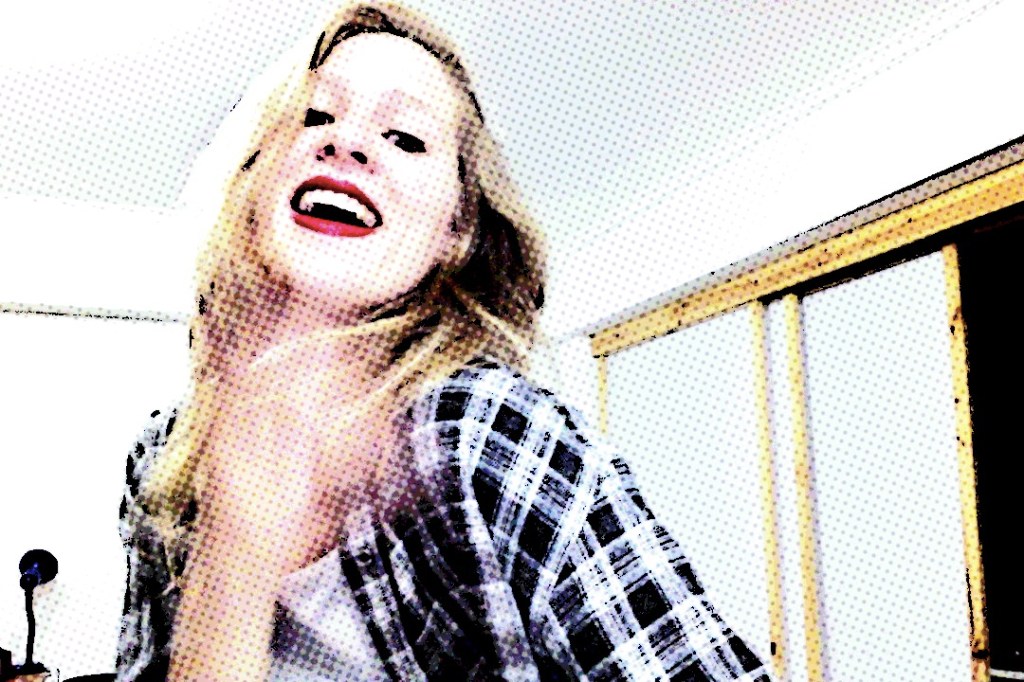 Just last weekend, I was sharing a bottle of Lambrusco with a couple of friends in my apartment in Paris, and the discussion led us to Kim Kardashian’s role as a producer, specifically for the show Rob & Chyna. The french screenwriter I was talking to rolled his eyes and used his most condescending tone to make me repeat my statement. Was I really making a serious reference to Kim Kardashian’s work?

More: We made the Kardashians into tarot cards — yup, Khloe’s totally the High Priestess

I proudly said I was a fan of the woman. Not only has she reinvented social media as we currently know it, she has also addressed social issues that are very dear to me, like the Black Lives Matter movement,and mental health issues in the television program she produced called “Red Flag.” In her latest project, Rob & Chyna, she has chosen to broadcast on television something that is very important to me: The struggle of the hard working pregnant woman.

The man in front of me could not hide just how ridiculous he thought I was being. Kim Kardashian, according to him, was nothing more than a vulgar human being, a woman who showed her ass on the internet and was getting way too much attention for it. Does the fact that she got invited to the Re-Coded conference about Going Mobile in the Tech World change his opinion? Not really. Does the fact that she met up with BlogHer to talk about blogging change his mind? That’s a no. How about the fact that she just made the cover of Forbes as a “Mobile Mogul”? Nope.

More: BlogHer 2016 showed us a different side of Kim Kardashian & we’re still in awe

Misogyny à la française, like Dijon mustard, is a local speciality, and as a French woman, I am glad to explain it to the world. It works hand-in-hand with class contempt. From what I’ve seen, it is OK to harass a woman if you have a university degree and are able to quote 20th century poets. Class contempt works both ways, meaning misogyny is also excused when the woman you are harassing has shown some signs of being “easy,” “too available,” or “vulgar.” Criteria for these labels constantly evolve, but generally walking in the streets of Paris, wearing a skirt, driving a motorcycle, having breasts and a vagina, seem to be reasonable criteria to prove that the woman you are about to harass is in fact vulgar. This enables men to harass women, because they are not rich enough to afford taxi fare or hire a bodyguard. I think they believe she has put herself in danger and now she must not complain. A woman who has been uploading flattering pictures of her body on her Instagram page for instance, has done something vulgar (advertise her body on social media) and now deserves to be harassed by trolls and bullies.

Kim Kardashian is clearly the perfect example of this. Intellectuals, like the screenwriter I was talking to on Saturday night, think that Kim Kardashian is vulgar and has been degrading herself for years and for this reason she should expect to be assaulted.

The fact that Kim Kardashian was assaulted at the end of Paris Fashion Week, to me is no coincidence. Kim is regularly in Paris, and she apparently stays in the same suite every time. She probably has the same amount of expensive jewelry with her every time she goes. I cannot prove that she was assaulted at the end of Paris Fashion Week because she slayed it, but I can’t help but think her success plays into the misogynistic response to her assault. Her teaming up with Olivier Rousteing’s Balmain, Carine Roitfeld, and bringing to life the porno chic aesthetic is clearly rubbing everyone the wrong way. How dare she come to Paris and go against the established Parisian paradigm: Cigarettes, coffees, skinny girls, and red lips? Kim’s brand is not about having an existential crisis, sleeping with your college professor, and sitting around in French coffee shops, waiting for some ridiculously mediocre man to swoop you off your feet.

Kim’s brand is quite the opposite of that: It is about being curvy, being healthy and making things happen for yourself. Kim doesn’t drink alcohol and doesn’t have mental breakdowns or write stupid poetry about how life is meaningless. She takes selfies, and she’s had a dream for herself ever since she was a teenager and saw a reality show on TV. She looked at her best friend and said: That’s gonna be me. That’s what I want to do with my life.

Is it shallow? I don’t think it is. The Kardashians have brought us into their life, and have been brutally honest with us. Kim’s sister Kourtney stayed in a difficult relationship for ten years, Khloe married a man on a whim and then lived with the repercussions. Kris’s husband, Caitlyn Jenner came to terms with her gender identity. In Rob & Chyna we see Chyna share with the world the ups and downs of her pregnancy: How a pregnant woman has to keep her shit together, while her partner can biologically choose to emotionally disengage from the process. We see the painful truth: Just because a depressed person such as Rob Kardashian falls in love, doesn’t mean his depression is cured. The show brings us into their relationship and we discover that true love does not always bring salvation, even though Beyoncé’s song “All Night” promised it could. The Kardashians give us their real life, and it is better than any Desperate Housewives episode: It is genuine and it actually makes us feel better about ourselves.

Therefore when those eight men disguised as cops penetrated Kim Kardashian’s apartment in Paris, tied her up, held her at gunpoint and stole from her, I do not believe they were just after her jewelry. I do think they were happy to lay their dirty hands on her and call her names. I believe this was a gender based crime, and as I watch the reactions of French journalists and commentators on Twitter, and reflect on the comments my own peers have made, I sadly realize I am right.

More: I had the same placenta issue as Kim Kardashian West and nearly died