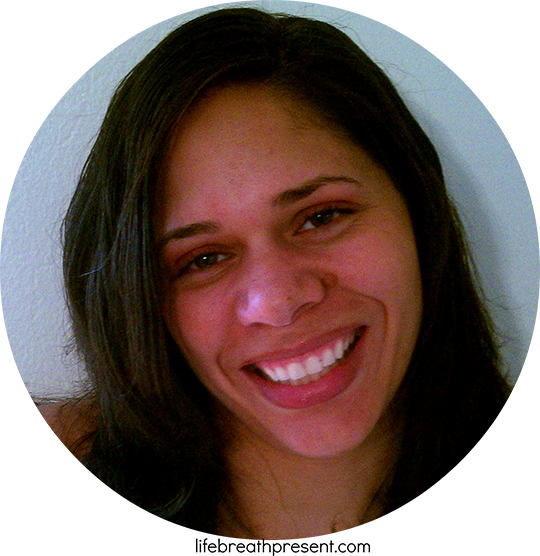 The recent shootings happening in Charlotte, NC are impacting a city that has always been dear to me. These events aren’t bothering me simply because yet another citizen, Keith Lamont Scott was shot and killed by police or because I am a black woman. Charlotte is a city I lived in for many years and holds its own special place in my life. I may not live there anymore, but I do visit. Charlotte holds good memories, good people, and represents tons of personal growth and it is a great city, filled with opportunity and potential.

More: I’m so tired of society telling me what it means to be black

Yet now, the place also scares me. Everything makes me fearful when it comes to situations fraught with racial tensions and police shootings. I’m afraid of the continued violence and of the potential backlash for days, weeks, months and possibly years to follow. I’m afraid both of and for the police department. The city may now also be changed in too many ways to count as a result of this incident, and that’s a scary for me too.

I don’t know Keith Lamont Scott or his family. I don’t believe it’s been proven whether he even owned a gun. Some are citing his criminal record as proof that he’s a violent person and therefore apt to not only have gun, but to wield it at police officers. But a criminal record doesn’t necessarily prove anything, especially not in a tense situation where a citizen and officers interact with one another. It’s also unclear if this man posed a threat to officers while sitting in his vehicle when they initially encountered one another. Further, according to the New York Times, Keith Lamont Scott was either disabled or at least recovering from some sort of injury, which begs the question how threatening he could have seemed in the moment.

Generally speaking, police officers have little to no training when it comes to dealing with potential disabilities. This man’s disability likely may have led to his not fully grasping or understanding what was happening or the commands the officers were shouting at him. He may have been slower to respond than expected or not at all.

So, it’s quite possible he was a quiet, keep-to-himself family man waiting for one of his children to return from school. This fact alone means there’s so much to be upset, angry, and sad about. Even if he had a gun this can still be true. In fact, I’ve seen that there has yet to be any confirmation that he actually posed a risk or threat to anyone, including police officers.

See, in my opinion, owning a gun isn’t a threat to anyone. North Carolina has open carry laws, which means that one can, not only own but also carry a gun, so long as it’s visible. Even if he had a gun which was concealed, I do not think it proves that he was a threat to officers.

Further, it’s my belief that citizens practicing gun laws responsibly are not threatening. Even those who may have a gun illegally (such as Scott whose criminal record meant he could not legally have a gun) it does not mean they are necessarily an imminent threat. Even the Charlotte Police Chief Kerr Putney noted it has yet to be clear if Mr. Scott raised or pointed a gun at officers. And now, we have yet another highly questionable situation where police officers have shot and killed another citizen of this country.

So that’s one way to look at this event. Here’s another way.

Yes, it’s true, police officers are at risk for harm by the nature of their profession. Still, in our country, I feel as if there is growing mistrust and misunderstandings between police officers and citizens. Despite that crime rates are going down, gauging by what we see in the news, it seems like police officers are having to deal with more violent encounters in recent years – just look at all the deadly shooting sprees in America. These things can make anyone afraid. I know they scare me and I’m not an officer whose job it is to confront people in varying situations of distress every day.

By some reports, police across the country have often been trained to shoot first and ask questions later. In my opinion, this approach creates an environment in which police operate under the assumption that they’re threatened even if that’s not the case.

Police are also encountering people who, in general, are also more on edge. And there’s another thing that really concerned me when I read that Mr. Scott may have a traumatic brain injury. Police must deal with more and more people with disabilities and mental health conditions that police are dealing with, without the benefit of the proper level of training and understanding those individuals and circumstances requires.

In general, I believe that police officers aren’t receiving adequate training and support they need in doing their jobs.? It’s very difficult to go from a normal traffic stop, to a domestic disturbance, to a violent encounter, or to a disorderly conduct situation.? Any person will have difficulty doing this on a daily basis. Yet police officers, those charged with “protecting and serving,” aren’t getting the support needed to manage these varying degrees of stress, adrenaline and mental fatigue.

It seems to me that both groups of people – the police and the black people worried about how they might be treated by police – walk around on edge. These groups are constantly encountering one another as everyone goes about their day. If this isn’t a mix ripe for conflict, misunderstanding, prejudice, and (at the bottom of it all) fear, then I don’t know what is.

Whether intentionally or as the result of a number of factors, black people are getting killed quite frequently. While I practiced social work, I noticed an ever growing and quite frankly, alarming number of black youth who don’t see that there’s much of a future for them (between violence, lack of decent jobs, and systemic issues within the educational, economic, and criminal justice systems). Many of these systemic issues are the result of (though often denied), racism (both overt and covert). It’s been woven into the fabric of our country and subsequently all of our lives.

It’s from this lens I can understand (not to be confused with condoning) the behavior and actions of some of the black people in Charlotte right now. But in the end, everything that’s happened in Charlotte is just dividing the country further. Divisions – within and between races and cultures, and the divisiveness between police officers and the public – are what we all need to focus on and address.

More: My husband is black and a cop – why would I take sides?