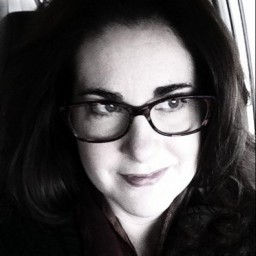 Can we please stop using the phrase “gay lifestyle”?

Does anyone say “heterosexual lifestyle”? Do they? No, they don’t, because there is no such thing.

More: My sister coming out wasn’t what hurt our relationship

A “lifestyle” is choosing whether to go to a gym or work out at home, drive or take mass transportation, wear underpants or go commando. The operative word here is choose. People choose their lifestyle, but they don’t choose their sexual orientation any more than they can choose to have blue eyes or brown eyes.

I mean, if people had the balls to admit what they really mean when they say things like “I can’t support the gay lifestyle” or “Love the sinner; hate the sin,” they’d come right out and say, “I don’t want to think about some dude sticking his dicktionary in another dude’s library.”

To that I say, “Then don’t think about it.” But, for the love of God, just because something is unappealing to someone doesn’t make it wrong or undeserving of the same human rights as everyone else.

Being accepting of a thing does not mean becoming the thing. The LGBTQ community accepts heterosexuals as a valid form of sexual expression, but that doesn’t mean they have to actually have sex like others do.

“But, what about the Bible?” some ask? Look, I was raised in the Southern Baptist church, and though I wouldn’t step foot back in there even if they promised to put my kid through college and pay off my mortgage, I know the scripture.

So to the people who use the Bible to defend their anti-LGBTQ views, I’d remind them that the Bible says a lot of things, but it literally never says, “Readest thou this book and chooseth whatever thou likest best.”

More: All I want is for my daughter to be loved – no matter her sexual orientation

I need people to take a step back, use their brains for something other than obsessing over where to find the coolest Pokémon, and realize that people of the LGBTQ community are not living “gay lifestyles”: They are just living their lives. Just like everyone else. And in most cases, it’s the same boring-ass life as heterosexuals — eat, sleep, work, poop and look at Facebook.

Well, almost the same. There are a few very important differences. LGBTQ people don’t get to walk around feeling accepted everywhere, like they belong everywhere, and are as safe everywhere as their heterosexual friends are.

I could swallow three Xanax and a thermos full of Beefeater and I still would have a hard time saying, “Mom, Dad, I like Janes, not Johns. And I know according to what you believe I’m bound for the fiery pits of hell, but I’d rather go there than face another man’s dangling participle.”

But despite the discomfort, the majority of LGBTQ folks do it anyway.

I want to live in a world where nobody has to discuss their sexual preferences with anybody if they don’t want to. Where everyone, everywhere can get married to anyone they want and enjoy the more than 1,000 civil, medical and tax benefits of doing so. Where going to a bar never means wondering if you’re going to get shot because of who you love.

We should all help make the world a better place by not oppressing an entire segment of the population with ignorant clichés and pointless rhetoric because, once again for the cheap seats in the back, there is no “gay lifestyle”: There is just life.

More: I watched Orlando respond to hate with love – and it gave me hope