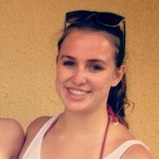 Looking to get inspired? To cap this year’s BlogHer16 Conference, we spoke to keynote speakers and inspiring activists Matt McGorry, star of Orange Is the New Black and How to Get Away with Murder; and Jurnee Smollett-Bell, star of WGN America’s Undergound, and asked who they thought were the most inspirational next-generation feminists and activists we should be reading and watching. Here’s who they love and how you can find them.

Related story LeAnn Rimes Opens Up About Finding Her Way Through Depression: 'Breathwork Brought Me Back'

ShiShi Rose is a writer and activist working to spark conversations about feminism and privilege. She encourages her followers to think critically about differing perspectives and experiences, and hopes to educate people of privilege on how they can become allies.

Franchesca Ramsey is an actress, comedian and video blogger known for her hilarious but insightful commentary on race and society. She creates short, easy-to-share videos for both MTV and her YouTube channel using comedy to discuss race relations and issues.

Most widely known for her role as Riley Matthews on Disney Channel’s Girl Meets World, 14-year-old actress Rowan Blanchard has made a name for herself for being well beyond her years when it comes to discussing race, sexuality and feminism. She has written personal essays and has spoken in interviews about sexuality labels, rape culture and intersexual feminism.

More: What happens when you tell women they can smash the patriarchy?

Janet Mock is a TV host, transgender rights activist and the author of New York Times best-seller Redefining Realness, which details her experiences growing up multiracial, poor and trans in America. She is considered one of the most influential members of both the trans and black communities and is the founder of the social media movement #GirlsLikeUs.

Michelle Alexander is a civil rights litigator, legal scholar and author of The New Jim Crow, which discusses race-related issues of minorities in the U.S., though it focuses specifically on African-American males and mass incarceration in the United States. The book’s central premise argues that “mass incarceration is, metaphorically, the New Jim Crow” and has been well-received as a vehicle to educate about social change.

You can buy The New Jim Crow on Amazon.

5 hrs ago
by Kelsey Mulvey

5 hrs ago
by Kelsey Mulvey