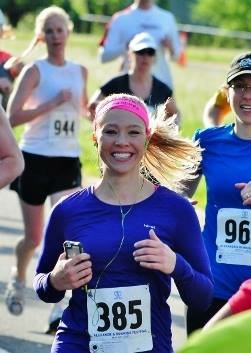 Finally, the Olympics are here. We get to take a bit of a break from all-politics-all-the-time news coverage and watch united with American pride as our athletes (beat the rest of the world at everything, I mean….) spread goodwill and unity and world peace through epic sports feats.

Except American reporters are doing a really crappy job of covering female athletes equally. In fact, in a few situations during the first 48 hours of the games (News flash: That’s not that long), reporters were downright sexist.

First, NBC decided that they’ll be showing the games on delay. Which, in the age of social media, is kind of frustrating because the results will be blasted everywhere. But, OK, we get it; it’s better for ratings and for revenue to show the more popular sports during prime time. Except that’s not the only reason given by their chief marketing officer, John Miller, who shared:

“The people who watch the Olympics are not particularly sports fans. More women watch the games than men, and for the women, they’re less interested in the result and more interested in the journey. It’s sort of like the ultimate reality show and miniseries wrapped into one. And to tell the truth, it has been the complaint of a few sportswriters. It has not been the complaint of the vast viewing public.”

Here’s the thing — he’s not wrong in saying that many people who watch the Olympics are casual sports fans. But to imply that women are less interested in the sport and more interested in the drama is just, well, sexist. It’s an outdated and ridiculous claim that Business Insider did a pretty good job of disproving.

But the media’s ill-informed opinion of women isn’t just restricted to fans.

Chicago Tribune rightly covered Corey Cogdell winning the bronze medal in Rio in trap shooting. On Twitter, though, they totally gaffed by tweeting her picture along with this caption:

… to which Twitter totally lost it, calling out the Tribune for not even listing Cogdell’s name.

Hey @chicagotribune, I fixed your tweet. (p.s. Maybe edit the article to focus on her achievements?) #Olympics pic.twitter.com/edtoExBua4

And then there’s ESPN’s coverage of female sports. Today’s homepage on ESPN, for example, has no stories involving female athletes until about 3/4 of the way down their home page. Given Katie Ledecky’s busting her own world record in the 400m freestyle and the women’s gymnastics qualifier being yesterday (arguably one of the most popular Olympic sports), it just seems strange.

More: I’m a woman working at a hardware store, and literally no one trusts me

Not only that, but ESPNW published an article yesterday on how Oksana Chusovitina might be the most incredible athlete at the Olympics after the 41-year-old qualified for the Olympic vault final at her SEVENTH Olympics games — and they’re right. In a sport where athletes retire in their early 20s, the fact that Chusovitina is still hanging tough with kids literally less than half her age is unheard of. The sheer athleticism is unreal. And yet, ESPN felt that one of the most incredible athletes at the games should be covered only on ESPNW — a subsidy so illegitimate that it doesn’t even HAVE a TV channel — rather than on ESPN (Men) solely because Chusovitina is a woman.

Finally, who could miss the NBC reporter crediting Hungarian Katinka Hosszu’s husband for turning her into an entirely new swimmer. Granted, the man is also her coach, but every Olympian has coaches. Do you hear Michael Phelps’ coach getting all the credit for his breaking records or winning gold? No. Perhaps as a passing mention but not as the reason he’s won, especially in the moment. It’s this weird double standard where women somehow aren’t as capable of being totally boss, and there must be a man behind their success.

Listen, American (male) sports reporters. While I totally get that professional female sports leagues don’t bring in the big bucks as compared to their male counterparts (except for women’s soccer), the same is just not true in the Olympics. Our female athletes are just as strong, powerful and capable as their male counterparts, and just as popular — if not more so in some cases — on screen. It’s 2016. You need to be better.

More: Study shows women agree on sexism… but not “the F word”

17 hrs ago
by Krista Bennett DeMaio