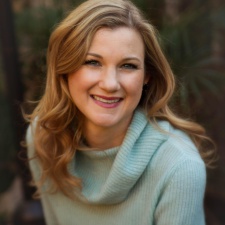 A few months ago, actress Amanda Peet wrote a wonderful piece on Lenny Letter, “Never Crossing the Botox Rubicon,” about not caving into the Botox craze. As she put it, she wants “the thing that makes me look younger, not the thing that makes me look like I did the thing.” I couldn’t agree more. She goes on to say if we all accept it, because it’s going to happen to all of us, then it won’t be an issue.

I have been saying the same thing for years! I don’t want to get caught up in the trap of trying to keep up with my 20-something-year-old nieces. Nor do I want my daughter to fall into the same trap with whoever is 20 years younger than her in 10 years. Keep in mind, our fear of aging built the 16,000-square-foot mansion Heather and Terry Dubrow just moved into.

The injectable and facial laser treatments used to keep us looking younger are just the beginning; boobs are big business too. I don’t have them — I mean, I do, but not really — and never did. I accepted that fact long ago, and to be honest, I could not care less.

Other women, however, do care. I have been in several conversations with women who don’t understand why I never “fixed” them. There was a brief period of time in college when I considered it, until I read a very detailed article in Ms. about what a boob job actually entails, along with an X-ray photo of a silicone implant in one woman’s chest, and I was quickly turned off of that idea. Then I became the mom of a daughter, and I became acutely aware of the messages I would be sending my daughter if I were to all of a sudden show up with a new chest or a forehead that refused to move. The message would be clear: I’m not good enough and neither are you.

Unfortunately, growing old is not only frowned upon by us as a society but growing old is also not accepted by us as a culture. Aging not only has implications on how our appearance will be viewed by others but we also will not be respected because we are “old.” We could learn from the Native Americans, the Greeks or the Chinese, all cultures who celebrate their elders and realize that with the older generation comes wisdom.

Why can’t we all age gracefully? Think about it. If no one cared about aging, then it wouldn’t be a big deal. We could grow old without the worry of being judged because of the crow’s feet around our eyes or the frown lines around our lips and our sagging boobs and butts or the wrinkles on our foreheads. It happens to all of us. No, really, it does. And no amount of anti-aging wrinkle cream or Botox can fix it.

I can think of a much better use for my money and for yours. Even though I’m not one to tell anyone how to spend his or her money, those kids in Africa are still starving. And so are 16.2 million children in the United States, according to No Kid Hungry. Chew on that the next time you look in the mirror and pick out a flaw you want to change.

With that, I say stop the madness. Accept yourself! This is especially important if you are the mother of a daughter who is going to grow up in a social-media obsessed world where young girls have insane amounts of anxiety.

If we all accept ourselves, wrinkles and all, it won’t matter anymore. Because no matter how you slice it, there’s always going to be someone younger, prettier and skinnier with bigger boobs than you. Always.