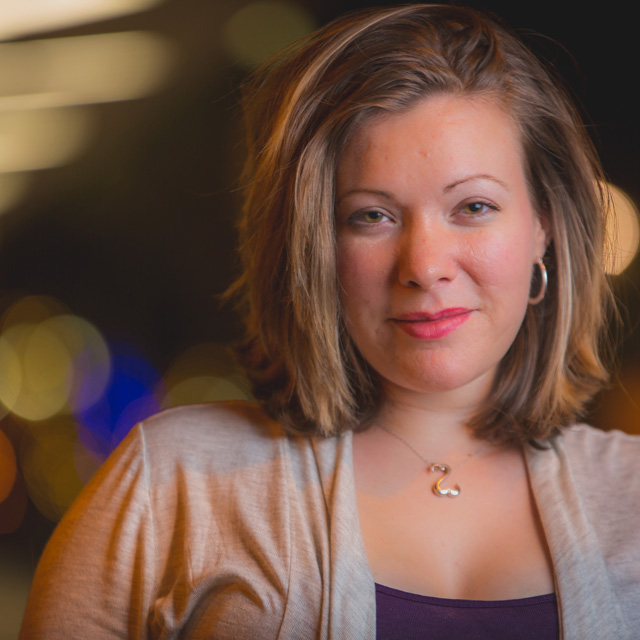 I’m what’s known as a Sidewalk Advocate for Life at my Baptist church. That means I stand outside abortion clinics to counsel, pray with and pray for the women who feel as if aborting their baby is the only choice they have left.

Being an advocate does not mean I yell at women. I am not protesting. I don’t hold signs or wear demeaning shirts for shock value. I consider myself to be loving my neighbor. I am loving her to a place where she can better know how to make a decision that won’t hurt her in the end.

We do not heckle or insult the women who come to the clinic. We let them know in a non-threatening manner that if they wish to speak to us or pray with us or need our help to move forward in their lives, that we are there for them… literally.

I think this work comes naturally for me because I know what that woman is feeling like.

I was 19 and 9 weeks pregnant when I walked into an abortion clinic with my now husband. The smell of antiseptic and blood will always haunt me. I had made a mistake, and I was terrified that my transgressions would bring my family shame. I had no idea what else to do but to have an abortion.

I gave my name at the receptionist desk and sat down to wait my turn. It seemed to take forever. I truly believe now that God was trying to stop me from doing what I was about to do by making me wait so long, but I didn’t see it then. I was taken to a room where there was a small round table where I was asked a series of questions to make sure no one had forced me to be there that day. The nurses, or whoever they were, were not outgoing or kind to me. They didn’t ask me about my emotional health or even tell me what I might feel after having the abortion and going home. It was just another day at their job for them.

I was taken to what looked like a doctor’s examination room. It was cold and very uninviting. It had plain white walls and no pictures or anything to look at. I remember thinking to myself, I really don’t want to do this. The doctor gave me a sonogram, and I wanted to see it but had I seen it, I wouldn’t have been able to go through with the abortion. He looked quickly and that was that. He never said one word to me the entire time. In fact, no one spoke to me, not even the ladies who worked there. My boyfriend wasn’t allowed back there with me, and in the silence, I felt more alone than ever.

More: Even my family judges me for my ‘weird’ religion

The procedure itself barely took five minutes. I was given some nitrous oxide, otherwise known as laughing gas. They used a device that would dilate my cervix, and then they suctioned out my baby. I did not watch, and before I knew it, the abortion was done. I had felt tugging, but no pain. The shame I immediately felt was unmistakable. Next, I was walked into a room with two La-Z-Boy-type chairs. I was given some Ibuprofen, cookies and a juice box, which made me feel like a child. I laid in the chair for about 30 minutes and just stared at the ceiling, trying not to think about what I had just done and hoping that they wouldn’t bring anyone else in to sit in the second chair in the room with me. I was allowed to go home at that point with more Ibuprofen. However, I never took it. I think I wanted to feel the pain. I believed that I deserved it.

My abortion changed me. No one told me what to expect afterward, like the feeling that it took something away from me. In order to complete the abortion, I had to have a certain mindset in which I had to deny my baby’s humanity. I had to take the emotions away from it. Soon after, I felt like I was left with the emotions and no idea what to do about it. No one told me what to do, and it wasn’t like people were just lining up to talk about their own abortions.

I went on and married my husband. In the years following, we had three beautiful children. It took me nearly 10 years before I could deal with the pain that I was harboring deep inside and learn how to forgive myself for what I had done. It is true that not everyone feels pain, and sometimes they even feel instantly better, or even relieved. But that was not me.

I chose to read Surrendering the Secret. It is a religious post-abortion Bible study. It helped me to push past the heartbreak. It truly helped my heart heal, even just by saying out loud, “I had an abortion and I regret it.”

Once I was able to talk about my story without crying, I realized I needed to tell other women who were in the same situation what I faced and how to overcome it. I landed on the Sidewalk Advocates for Life. They inspired me to tell my account of my abortion. They are a peaceful, prayerful and law-abiding option with love at its centerpiece.

More: I was that secret shopper quietly judging everyone in the store

I don’t want to take the choice of abortion away. What I do want to do is make sure women know what they could feel afterward and to let them know that even if they feel like they don’t have a choice that they do have a choice and there are people out there to help them. I want someone to speak about the pain and torture you might feel. No one should have to feel what I felt. No one should be left alone to walk through that.