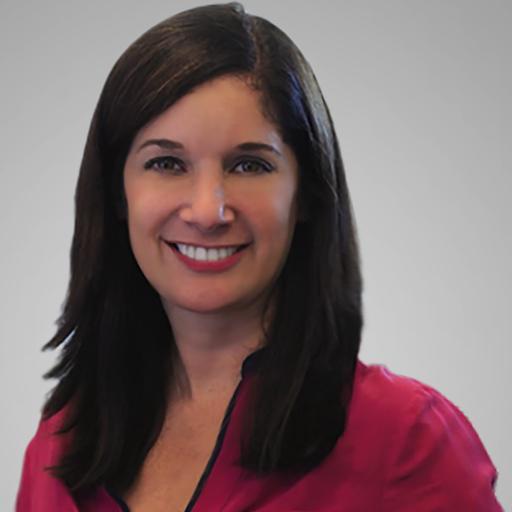 Merriam-Webster describes a pivot as “the action of turning around a point.” Myriad business pivots make up some of the most popular technologies and services we’ve come to know today.

More: I am being micromanaged like a child while doing two jobs at once

PayPal began as Confinity, a cryptography company designed for exchanging money over Palm Pilots. Flickr started as Game Neverending, a massively multiplayer online role-playing game that ran from 2002 to 2004. And Groupon was initially The Point, a website intended to bring groups of people together to solve social problems.

Personal pivots, however, are often times murkier to maneuver and happen organically. It’s not necessarily as easy to distinguish in one’s career, and you don’t know where you will end up. It’s the decisive point where one shifts his or her planned journey to another, often unexpected, one.

That’s what happened to me before becoming executive vice president and chief marketing officer of Altify (formerly The TAS Group). My story is one of a pronounced career pivot and offers some valuable lessons for those nearing similar circumstances.

As a fashion design student, I was driven to incorporate brand with design. I began my career with a keen sense of design and vision but with a portfolio not exactly up to par for an aspiring designer. After interning with Nicole Miller, I was hired on the condition they never had to see the drawings in my portfolio again. I had the right vision but could not execute them with my drawing abilities.

This is where being open to constructive feedback is critical. Portfolio aside, I was hired as the second design intern in a small, close-knit design team. I thrived in the fast-paced environment but believed my strengths would shine brighter, and be better leveraged, in the corporate world.

After doing some research, I decided to target a job at Levi Strauss & Co. My education and experience fit the fashion industry, and the culture was very corporate. Most importantly, Levi’s was a pioneer in driving a strong values-based culture that honored diversity. I was moved both by the business opportunity and by the company’s aspirations statement. This combination of values and business would become a theme throughout my career.

But first I had to break into Levi’s, which was not easy, as they were on a company-wide hiring freeze when I graduated from college in 1993. I tell this story in this article that appeared in The Economist.

“Every day on my lunch break from a mundane job in retail, I’d go to the local Levi’s office and ask the receptionist if there were any open jobs,” I wrote. “Every day, she’d recommend I check the bulletin boards in the restrooms. So every weekday for a month, I’d march into the ladies’ room.”

One day, it occurred to me that the hiring managers were likely to be men, so instead of going into the women’s restroom, I snuck into the men’s. Right in the center of the board was the job I had been seeking. I walked into the hiring manager’s office and was made an offer on the spot.

Lesson 2: Know your strengths well enough to know how to reapply them

We are all in the business of solving problems for consumers rather than selling to them, just as we are all in a consumer-centric global culture where brands are the universal language, explains William D’Arienzo in his book Brand Management Strategies. The same is true in Silicon Valley, where everything is tech. You’re either in the industry, or you’re out of it.

Having secured my job at Levi Strauss & Co. in Chicago and been promoted to a role at their headquarters in San Francisco, I saw another tech boom arising in the world’s tech hub. I decided to make the move from Levi’s to one of Silicon Valley’s technology darlings, database leader Oracle. Because ultimately, it doesn’t matter what industry you’re in if you understand why a product appeals to its audience; you just need to adjust your message to the audience.

Success here is found in reapplying the marketing principles of one industry into another. For me, that proved effective in transitioning from merchandise manager at Levi’s to business development manager and ultimately marketing director at Oracle. An integral part of this discipline is in knowing and willingly accepting your strengths and managing your weaknesses.

Seventy-five percent of private sector executives surveyed by the American Society for Training and Development said that mentoring had been critical in helping them reach their current position. In fact, corporate mentoring is frequently recognized as an essential strategy for attracting, developing and retaining top employees. A healthy, valuable exchange of ideas and inspiration is made possible when an experienced person helps another individual develop professionally.

My first mentors — Pamela Truswell, Mark Newton and Jeb Dasteel — helped shape my career in the early days at Oracle. They helped me develop the confidence I felt in my abilities. During those same years, Oracle, a male-dominated company in a male-dominated industry, appointed their first female chief marketing officer, Judy Sim. Sim was a great marketer and leader, and more importantly, she was the first woman I’d heard of who become a CMO.

More: My boss is using the office as her personal day care

Today, I’m driven by the challenge of taking the Altify brand and its sales transformation platform and making it more broadly known and adopted. This is a brand with established revenue and a portfolio of clients that reads like a who’s who of top performers. Still, I came into the organization to elevate it in the market to garner the visibility it’s worthy of.

Lesson 5: Don’t be afraid of failure

Comedian George Burns once said, “I honestly think it is better to be a failure at something you love than to be a success at something you hate.” To discover the difference, once must have the openness to take on new things.

Fortunately for women in business, the road has been partially travailed by the progress of prior women. The opportunity exists today because a group of incredible women very deliberately made their way forward and took themselves seriously enough to influence others to do the same. It’s a message I always enforce with the young women I mentor because I think it’s one of the most important.

Oscar Wilde wrote, “To expect the unexpected shows a thoroughly modern intellect.” The key is in embracing it. Know your skills, trust your choice and yourself, and your path may divert as mine has. In the end, only you are responsible for carving out your unique path.

More: Sorry, you can’t actually bully your way into a new job