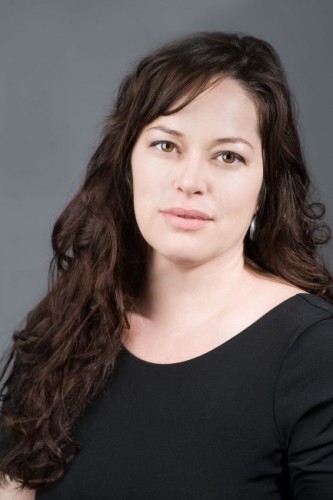 I was born a translucently white baby. My parents say they got odd looks when they traipsed around Silicon Valley with me. You see, my dad was dark brown — a clean split of Mexican and Filipino. I would sit on his shoulders like a white halo as we walked around the flea market or grocery store. Apparently, this picture didn’t add up for many people. Even my mom, olive-skinned, favoring her Portuguese heritage, was darker than me. It appears in the DNA dice role, I snagged my mom’s 50 percent French-Irish sauce.

More: I’m so tired of society telling me what it means to be black

Most of my friends’ parents seemed to have simply married within their skin tone. I knew my parents were different. But it was one day when I was 8 that I realized it was actually me who was different.

I had been staring at my face in our duplex’s bathroom mirror. I was looking deep into my own eyes, trying to figure out how the voice in my head got into that body? Why was I Courtney and not someone else? I guess I was quite the searcher. At some point, the blond streaks in my hair came into focus. The freckles on my summer-cooked nose stood out. The whiteness was suddenly confirmed. I leaned in closer and thought, I’m lucky.

It was 1982, and looking into that mirror, the experiences clicked together: hearing my dad called a spic; seeing brown people live on the poor side of town; seeing blond, blue-eyed folks be on TV. I knew that I unfairly fared better than my brown cousins, tias and father. The world — although I didn’t agree — seemed to like me better because I was white.

I was in middle school when I saw my father get arrested. Knuckles rapped on the door. Two officers informed my dad he was going with them. I sat on the couch as my dad buttoned his shirt while saying, “Yes, sir” to the men (whom I recall being polite). Like a good host, he asked them if they’d like to have a seat or anything to drink.

It wasn’t my family’s first experience with arrest. But unlike my brown family, I always felt I could run toward authority figures for help versus praying they didn’t see me. In high school, after a string of juvenile offenses, my probation officer sent my cute white butt to volunteer for the Girl Scouts in a life-changing rather than punitive experience. In college, my visiting dad took my mountain bike for a spin around the neighborhood and got pulled over for not wearing a helmet. I was hip to racial profiling by then, and of course, I wanted to file a report against the cop. But my dad, in Buddha-like acceptance, said, “Mija, that’s just the way it is.”

We have to teach our kids about white privilege

I’ve come to believe that to ignore or deny that white privilege exists is an act of violence. We might not be guilty of the direct sins of our (fore) fathers, but we are accountable today for any systems of inequity that we perpetuate — passively or actively. As a mother of a 6-year-old boy with white privilege but brown blood, I’ve been thinking: What is my son seeing, hearing and living? Here are my commitments to help him understand white privilege, beat back entitlement and champion equity on all fronts.

1. I talk about our white privilege

I don’t hold back with my son. Every brown and black murder that makes the headlines, racist presidential candidate comments, #blacklivesmatter update — we talk about it almost daily in the car (privilege). I don’t worry about making my kid’s life a bummer. Again, that would be hiding behind white privilege. My mama friends with black and brown children say they don’t have the luxury to skip talking about race and privilege, so why should we? I share about my work at The Respect Institute and how black and brown kids get suspended more from school and locked up even more as a result. We teach: Respect does not have to be earned but should be freely given, especially by comfortable folks such as ourselves. We practice: I matter. You matter.

2. I don’t sell him an Obama fairytale ending

With love, I’ve seen many of my white friends on social media grieve at this time that they wanted their kids to grow up in world where they never knew anything other than a black president. As a parent with white privilege, I need to be pragmatic and amplify the story of the true, racist heritage of this country. I’ll be giving my son the following books by the time he can read: Hunger of Memory: The Education of Richard Rodriguez and Between the World and Me. I’ll tell him, in this family, we’re for reparations for African-Americans. We are for stepping aside to not only make equal room for others voices and perspectives but also to give them our space by listening more than we talk. We’ve had too much space for too long.

Racism still exists; therefore, seeing color still exists. I see how white people act and speak when they think I’m fully white. They see color. A lot. Look at your life. For example, ask yourself, if it’s the case: Why are all of our friends white? Why are my colleagues mostly white? I have to confront this in my own life, especially as I navigate my choice (privilege) of schools for my child. If our kids are living a segregated life, no amount of storybooks about Rosa Parks or Cesar Chavez will increase their empathy and decrease their bystander-ness like loving black and brown friends as themselves.

4. I encourage action for equity

Now my husband walks through the world as a good Samaritan. If someone is hurt, getting beat up, walking against a red light or just can’t parallel park their car, he steps in to help. Even with his white protective coating, in our gun-laden land, this sometimes scares the hell out of me. But we’ve told our son, especially if someone is being targeted because of their race (or gender, sexual orientation, religion) that it is OK to literally step in front of that person and shield them. Of course, Son, use your head, resources, nonviolence training from mama, and future smartphone, first. But to recoil in the safety of white maleness as a set point is not OK. It’s actually wrong. And I show him how we can constantly try to remove bias with our votes, consumer dollars or vocation — anything we’ve got.

Last thing: Being defensive is another act of our white privilege. If you commit to the above steps, too, you might accidentally say the wrong thing. But remember, a hurt ego won’t kill you.

Take action by believing, funding, prioritizing and enabling the requests of leaders of movements such as Black Lives Matter. If you have to, bring the body, and the rest will follow. I know, we didn’t ask for our white privilege any more than someone being born black or brown in this country asked to be in more danger, have fewer rights, or be murdered for scaring or offending a white person. Please now raise your hand to accept the moral responsibility to create equity by not denying that white privilege exists and to take action daily toward equity.

More: My husband is black and a cop – why would I take sides?