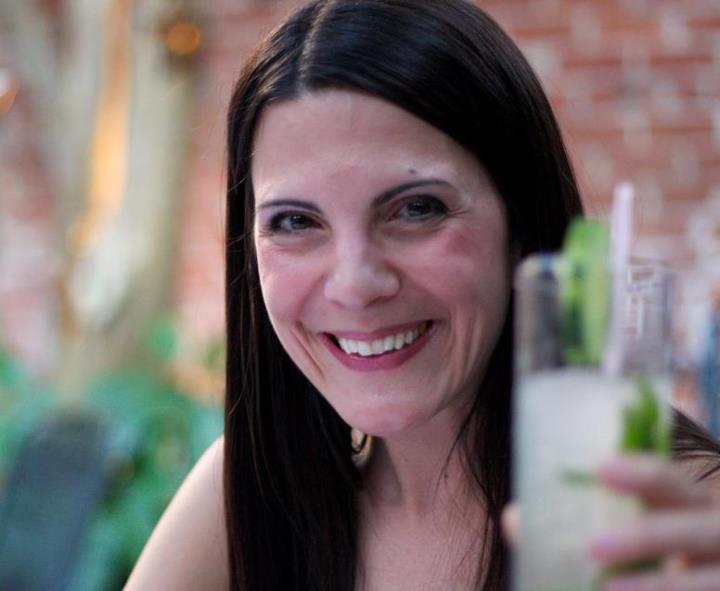 Six months prior to our wedding in 2012, my soon-to-be husband and I sent out Save the Date cards to our guests. We felt so proud of coming up with a concept for them that was very “us” and made our friends and family laugh.

More: 20 women share what they regret about their weddings

Then, unbeknownst to us, one of our future wedding guests shared our card on the internet. It was rapidly viewed hundreds of thousands of times on Imgur and Reddit. For five minutes, it was so cool to be internet-famous for something we had created — then I read the comments.

It turned out that many, many of these strangers were not wowed by our creative genius, but were instead deeply offended by my crooked teeth. Comments ranged from, “The guy can photoshop a date into a beard, but didn’t bother to touch up his fiancée’s dead tooth? So gross. Can’t that shit be bleached?” to “I can’t look away from her mouth; her single discolored tooth is staring into my soul.” Into your soul?! No one ever told me my tooth could do that! My dentist just said it was an overbite with crowding.

Suddenly, I was witnessing an anonymous pissing contest of meanness about my physical appearance. To quote Angela Chase from My So-Called Life, “The worst feeling is suddenly realizing that you don’t measure up. And that in the past when you thought you did, you were a fool.” Reading those comments made me feel 16 years old and embarrassed for all the times that I foolishly thought I wasn’t hideous.

If you’re like I was, suddenly realizing that your face has the ability to nauseate some guy in Idaho and cringing about every single time you ever thought you looked cute, my heart goes out to you.

Here is some first aid for that special kind of wound that comes from realizing a total stranger went over your face and body with a microscope and cyber-screamed, “Gross!”

Don’t read it in the first place

Appearance-snarking is toxic, and there is no valuable information to be had there, period. There’s a lot of discussion about how comment trolls (behind their meanness) have some solid constructive criticism to offer. I think that’s true in many cases, but not when someone is talking about your nose or zit or hangnail or weight gain. It doesn’t need your energy adding to its power or deserve space in your brain real estate.

Take a look at any site that contains pictures of celebrities and see how they get ripped apart. Not that I’d want you to make a habit of this or anything, but if you’re in a delicate I’ve-been-snarked state, seeing “OMG SHE GOT SO OLD” as a caption under the photo of a drop-dead gorgeous actress might give you some perspective on your large forehead.

It doesn’t really go anywhere. Most people that I told about the comments I got said things like, “What kind of losers notice these things on strangers’ pictures and comment on them? I bet they have no lives!”

I tried to go there, but it didn’t really cheer me up much. No need to meet meanness with more meanness. Why people behave the way they do is a mystery, and you cannot be affected by their crap without creating more of the snarkiness that hurt you in the first place. Telling yourself that these people are all awful and rotting away in a basement somewhere might be good for a laugh, but don’t live there.

More: 7 things nobody cares about at your wedding — really

Imagine that she gets snarked on for something she’s really insecure about. What would you say to her? How would you want her to react?

For me, I imagined my niece Alia. I’d tell her how beautiful and perfect she is down to her little toes and how I would never ever change one single thing about her. And I’d want her to laugh it off and know in her heart that every single one of her “imperfections” is cherished by the people who love her. I drew strength from that.

I’ve witnessed comments like this in the past about a blogger or a celebrity, and had thoughts of, “Well, that’s what you sign up for when you’re a celebrity,” or “She shouldn’t have posted a zillion pictures of herself all over her blog… that’s why I don’t do that!”

One of the first things I said when I saw people’s comments was, “This was a Save the Date sent to our family and friends. It wasn’t a modeling audition! I’m not on reality TV! It’s not about my beauty!”

That’s just me perpetuating this crap by telling myself that other women deserve it. The truth is that being a celebrity, being a blogger with lots of selfies or having the guts to try out modeling does not mean that a stranger has the right to pick any of us apart. When we take part because it’s what everyone else is doing, we ensure that this will continue for our daughters and granddaughters.

Use it for your own benefit, and then laugh it off

Lady Gaga taught me this one, when someone said, “I told you she didn’t have a dick!” in the “Telephone” video after people called her a hermaphrodite. Any time I started to rip myself apart, I’d picture Austin Powers saying, “Here comes the bride, baby!” and die laughing.

Do not take it out on yourself

You are so much more than your appearance, and I bet your appearance is pretty damn gorgeous, anyway… even your imperfect parts! If you let this make you hide away or dull your shine, you’re helping to further the idea that a woman is only beautiful or entitled to take up space on the planet if she fits into certain exact standards. And I don’t want to live in a society where people believe that, do you?

My teeth are what they are, and since they’re mine, I might as well see them as unique and cute. Until I get some braces or veneers or something, I’m just going to have to integrate funky teeth into my definition of beauty, and that’s fine with me. If that gives some Reddit commenter nightmares, so be it. (And seriously, commenter, actual nightmares? What were they, that you had to pay for my dental bills?)

More:  7 ways to not blow your wedding budget on save-the-dates and invitations