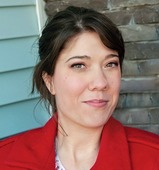 I’ve avoided any political conversations altogether this election season, because I fear the reactions and the judgments from those I love most if I reveal who I support. And from those I wish to know better. But, for the first time, I’m prepared to admit that I’m going to support one of the most bombastic, egotistical men ever: Donald Trump.

I’m not here to debate policies, agendas or scandal. I’ll leave that for readers to do (undoubtedly) in the comments section below. I’m not trying to convert anyone here either.

So why have I avoided admitting to it in the first place? My dilemma is two-pronged.

More: 10 things you’re going to have a harder time getting than a gun

The first is because I’m embarrassed.

Trump, to me, is the equivalent to that one family member you love but leave until last to introduce to that special someone in your life. You just don’t know if the meeting will make them run for the hills (or in this case, Canada). Trump is that family member who repeats himself, goes off on tangents, is ridiculously prideful, but damn it, he speaks his mind! C’mon, we all have this family member. It’s the Uncle Karl on Christmas Day, the Aunt Debbie during family reunions or the Cousin Bob at your niece’s graduation party. For me, Trump is the equivalent to my grandfather.

My grandfather said what everyone was truly thinking but dared not mention because they either had manners, etiquette, or they cared what others thought of them. A journalist, Navy veteran and man whose personal column was titled, “No Gimmies,” you either loved or hated him. There was no in-between.

As he aged, the things he would say became more embarrassing and even harder to listen to. They were things you just don’t say out loud. Still, he remained honest to himself.

In 2005, I worked in Northborough, Massachusetts, at an assisted living residence that eventually became my grandfather’s new home. One particularly slow evening, he sat with other WWII veterans in the main living room. They were all waiting for the man behind the baby grand piano to begin playing. And when he finally did, it sounded awful.

Everyone just smiled and tapped their foot a bit. When the first round of torture was done, he asked, “What else would you like to hear?” Without skipping a beat, my grandfather shouted, “Real music!” The quips didn’t stop there. When it was time for the pianist to leave, my grandfather said, “Thank God for small favors!” His words stung, but they were accurate.

Later, one resident approached me, having seen the shock and horror on my face. And he whispered, “He said what we were all thinking. Someone had to do it.”

Therein lies the allure for Trump — calling it like it is. Someone has to do it. Even if you’re afraid of what others may think.

And this brings me to the second prong: I was a closet Trump supporter because I wanted to avoid the judgy backlash.

The New York Times reported, when measuring Trump supporters, that an overwhelming majority of them support intolerance. I find there is a sweeping belief which maintains that anyone for Trump is automatically a bigot, a racist or a misogynist. It seems I’d only help the cause mentioning that I am also a military wife. My own mother has even gone insofar as to warn me, “If you open up about supporting Trump, you’ll never get hired for another story in the liberal media again.”

But I hold none of those aforementioned qualities. For me, it simply boils down to supporting more of Trump’s policies than Clinton’s. Does Trump have diarrhea of the mouth? Yes! But does he also make sense to me? Yes! Why am I to be judged and lumped into a category if the left states that generalizing a specific demographic is the wrong thing to do? And then there’s this: I’m afraid I’ll lose respect and love from those I love most.

During a recent girls’ night, one of my best friends pressed about what I was writing about. I figured we all had some wine — why not? Her eyes grew wide. The air grew a bit thicker than it was but was rescued by, well, more wine. Before I left, we hugged, and I asked, “Still love me?”

But what if she was serious? What if this was just the beginning? Next, the lovely owner of my son’s gymnastics building, and suddenly we are unwelcome at her establishment? Even my own father-in-law?

It’s also not about the debate that will ensue. It’s about something far more dangerous: the physical attacks.

More: If these aren’t the weirdest Kickstarter campaigns, we need to know your definition of ‘weird’

There’s a phenomenon happening — women are refusing to have sex with their partners who support Trump, marriages are failing, and people are being punched in the face. I’m physically handicapped. And my husband (a 6-foot-tall, dark and handsome Marine) isn’t always by my side. It feels like it’s never been a scarier time to be a registered voter.

Still, I go back to my grandfather.

One of the biggest lessons he taught me was to live by the idea, “Those who know, know. Those who don’t, it doesn’t matter.” It applies to everything. Even politics. Those who truly know me and care about me will understand where I’m coming from and take the time to hear me out. Those who don’t know me, well, it doesn’t really matter anyway, does it?