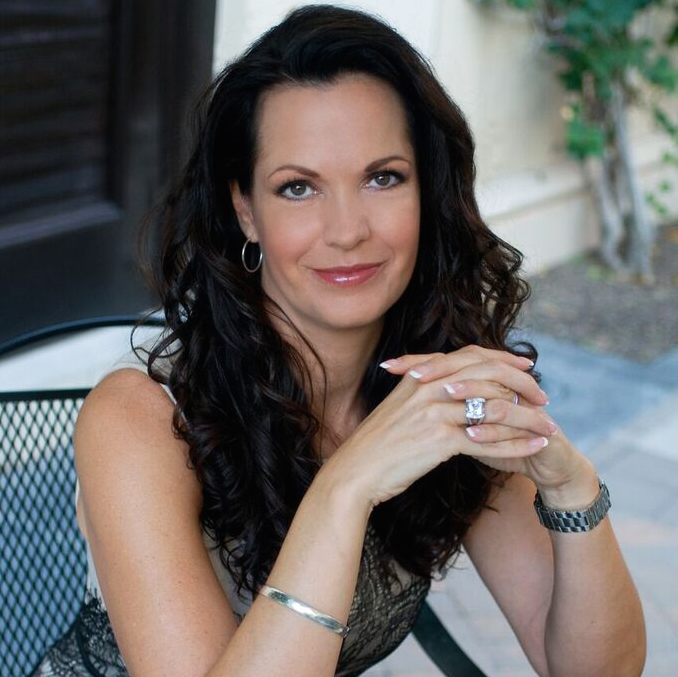 I was raped when I was 15 years old, which was 30 years ago. I stayed silent, and today as I watch more victims come forward and get destroyed by the media and on social media, I’m glad I did. It breaks my heart that nothing has changed in our rape culture.

It was his sister’s wedding. I was a sophomore in high school and he was a senior. I looked every bit a 15-year-old and still got served at the open bar. I ordered Long Island iced teas because I didn’t know the names of any other drinks.

His family had an extra hotel room, and we went there after the reception. I passed out on the bed and can only remember brief snapshots after that. I woke up to him unbuttoning my linen double-breasted red dress. I passed out again. I felt him struggling to take off my pantyhose. (Hey, it was 1986!) I don’t remember anything else.

At 15, I didn’t consider coming forward. I knew what he did was wrong. I told my best friend about it the next day, and I felt violated and ashamed. I also felt like this was probably what happened to drunk girls in hotel rooms. I felt responsible for being dumb enough to be there. This rape solidified my apparent lack of worth for a long time. I had already felt fairly inconsequential in my home and at school. My rape confirmed my value — or lack thereof — to the world.

My body carries value, I thought. My being, my soul, my humanity and my sexual enjoyment do not. It is not important if I am present for sex. That belief colored many years of my life.

I lived in a small town of 80,000 people. Being branded a slut in Muncie, Indiana, was a nightmare. Everyone knew everything about everyone else. Coming forward to have him prosecuted would have been Hell on Earth. My mom was a drug addict, and my dad lived 17 hours away. I had willingly lost my virginity as a freshman to a senior. I drank alcohol. I had sex.

If I came forward, would my absentee parents embrace me or blame me for being such a fucking idiot? Would they start parenting me or go back to indifference? How long does anonymity last in a town of 80,000? Do his friends talk shit about me because I’m getting a “nice guy” into trouble? Do the authorities roll their eyes because they know I would have had sex anyway? Do they go after the bartender that served me? Are the police prepared to support a girl that doesn’t have support at home? Who drives me to the police station and meetings with attorneys because I’m not old enough to drive myself? What if I expose myself and then he gets a slap on the wrist? What if I tell my story and nobody cares?

Seventeen years after my rape, Kobe Bryant was charged with rape. I listened to countless stories and opinions that amounted to this: If you enter a hotel room with a man, you are agreeing to sex.

During the media frenzy, I was an instructor of a health class at a community college. The class was solely made up of athletes, and we discussed his charges in class. There was an overwhelming consensus that the accuser got what she asked for. Kobe’s wife got a ring, and America got their hero back. Once again, I was glad I didn’t come forward. I can’t imagine having a sanctimonious and vocal tribunal looking at me as apathetically as I looked at myself. According to the majority, I gave up the rights to my body when I passed the hotel door’s threshold.

I wasn’t equipped to handle the scrutiny at 15 years old. I would have shattered into a million pieces. There was no one close enough to help put me back together. If I were raped today and decided to come forward, I may be able to take the backlash as a 45-year-old, but what would it do to the rest of my life? Could my teenage sons withstand my public shaming if I had gotten too drunk and was sexually assaulted? Could my family listen to testimony of 30 years of my personal sexual activity, including all of the freaky details that may have made me want nonconsensual sex? Would my corporate clients still work with me if they knew that my tight yoga pants and sheer tank top enticed a man to rape me?

I don’t feel shame anymore for not coming forward. It took a long time to give myself grace for not being brave enough. I was trying to survive, and I did. I left town to go to college and graduate school. I created a business that exists to help others. I saved myself.

For the heroes that do come forward, I applaud you. You stood up after being held down. You staked a claim for victim’s rights everywhere. Your voices will, hopefully, change this rape culture. Courts can prove that a perpetrator did not have consent and stop denigrating a victim’s virtue, integrity and humanity. Your courage and voice will have made that happen.

For the others who lack the strength and support to come forward, it’s OK. Save yourself. Make sure that you don’t shatter into a million pieces. Learn to value yourself despite an act that made you feel otherwise. We are all different, and knowing what you can and cannot handle is what allows you to become stronger.

Sometimes there is strength in silence.

More: I’ve lived with my rape for 23 years – Brock Turner can pay for ’20 minutes of action’