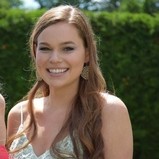 We never thought trespassing could actually be cute… until we saw this video.

https://www.facebook.com/plugins/video.php?href=https%3A%2F%2Fwww.facebook.com%2Fhollie.mallet%2Fvideos%2F1102217299834829%2F&show_text=0&width=560
The adorable little bandit, Josh Breaux, was caught on camera sneaking into his neighbor’s garage to steal a quick hug from their loving pup, Dutchess. According to Josh’s mom, Ginger Breaux, the 9-year-old dog lover from Louisiana is completely infatuated with the black lab next door and talks about her all the time. He even passes by their house on the daily to see if he can sneak a peek at the beloved pup.

More: I want people to stop judging my German shepherd on her looks

Mrs. Breaux was unaware of her son’s sneaky hug-and-runs until her neighbor, Hollie Mallet, posted a video of the security camera footage on Facebook. Apparently, Josh had begun to make regular appearances on his neighbor’s in-home surveillance, sneaking into the garage for brief hugs and then quickly darting off on his bike. The neighboring dog-owner hoped that by posting this cute clip she could identify her dog’s mysterious new friend, writing in her post, “Attention neighbors! Anyone know who this sweet little boy is? I’d like to tell him he’s welcome to stay and play, she loves the attention!”

Luckily, Josh’s mom was able to solve the puzzle for Mallet, who made it very clear that Josh is more than welcome to steal some puppy playtime anytime he wants. Mrs. Breaux commented on the video that even though she was “torn as a momma being happy and upset because he knows he shouldn’t be on someone’s property,” that she was still so happy to see “that he just absolutely adores dogs so much.”

More: I didn’t appreciate my dog’s obedience training until my safety depended on it

Josh’s own dog passed away from old age just last year, and his neighbor says that she could not be happier that her dog has helped him fill that void. Josh’s mom explained that they “have not jumped back into taking on the responsibility of starting all over again with a new pup quite yet. It will happen though!”

Until then, Josh definitely seems to have found an amazing furry friend for the time being. “It’s a win-win,” his neighbor told ABC News. “They both get a friend.”

Mrs. Mallet says that Josh now comes over for trespass-free playdates with Dutchess almost every day.

Its not at all surprising that the adorable video now has over 2 million views on Facebook — we sure can’t get enough of this puppy love!

More: A parrot may be a key witness in a murder mystery — but how reliable is a bird?