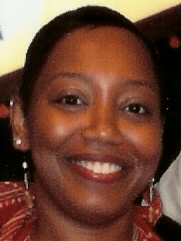 I have to admit, I fell for the prejudiced hype. I’d heard story after story of pit bull terrors who initially seemed like perfectly domesticated and docile dogs. Then, after some innocuous incident, they turned into sharp-fanged beasts who wanted nothing more than to tear anyone who stood in their way apart, including babies and children.

More: My daughter learned acceptance from our three-legged dog

Along came Brooklyn the pit bull

We didn’t go looking for Brooklyn. He sort of just wandered over to us from a pet adoption booth at a county fair my family and I were visiting. But it was love at first sight between that dog and my kids. My husband and I thought he was pretty cute and sweet too, but I had my reservations because Brooklyn was a pit bull. The idea of a canine Jekyll and Hyde living under my roof and playing with my daughters every day made me a bit nervous. I put my fears aside, gave into the begging and pleading and signed the paperwork so Brooklyn could come home with us.

I decided to do some research

I was determined to find out all I could about this enigma of a dog that was causing me such anxiety. I wanted to know what specific behaviors or situations our family should try to avoid in order to keep Brooklyn from “turning on us.” I was a bit surprised — and relieved — by what I discovered.

According to author Bronwen Dickey, who wrote the book “Pit Bull: The Battle Over An American Icon,” pit bulls were historically most commonly associated with being comedic sidekicks in the film industry and not with being vicious, intimidating animals (think Little Rascals and Buster Keaton movies). Throughout the 1940s and 1950s pit-bull-type dogs with a patch over one eye were viewed as icons that symbolized American individualism and fortitude.

As higher crime rates, along with social and political unrest, picked up steam in the 1960s and 1970s, pit bulls unfortunately got caught in the cross-hairs and were herded into a very narrowly-defined stereotype. People began using them for protection because of their growing reputation as sturdy dogs with a vice-like jaw grip. Instead of being comedic sidekicks or symbols of American grit, the dogs became associated with urban neighborhoods, drug dealers and crime bosses.

More: 5 reasons my dog is the best running partner

Pit bulls are still recovering from the reputations of their owners

One of the reasons there have been so many pit bull attacks and bites reported, says Bronwen, is that people mistakenly believe the term pit bull refers to one distinct category. In fact, there are four pedigreed breeds of this type of dog: the American pit bull terrier, the American Staffordshire terrier, the Staffordshire bull terrier and a newer breed called the American bully. In addition to that, many of these dogs share very similar looks and characteristics with other breeds, so other types of dogs that are not actually pit bulls at all get lumped into the “pit” category as well.

The author goes on to explain that although the original bull and terrier dogs in the 19th century were bred to be fighting dogs, there’s a tremendous variation in every single breed and generation of dogs. So much is dependent on the dog’s individual situation, and ultimately, there’s no scientific evidence that pit bulls are wired to be vicious killers. Saying such a thing, she says, would be the equivalent of saying that “… Navy SEALs are a standard for all American men.” She adds, “There’s no evidence at all that this entire huge group of dogs — that there is anything different about them whatsoever.”

Use common sense when bringing a dog into your home

In the end, what it seems to really come down to, as with most other things, is that people should use a bit of common sense when dealing with any type of dog. Especially when it comes to children. Millar and Mixon, a law firm that has dealt with many cases involving pit bull attacks, actually has a contrasting view of all the pit bull horror stories that we’ve all seen and heard about in the news. They note that their research has indicated pit bulls were once considered the perfect dog for children because of their friendly and playful nature.

Ultimately, the Atlanta-area company sums up the idea of discernment best:

“The bottom line is: All dog breeds can attack and all dogs have the potential to turn aggressive, whether through training or being put on the defensive when they feel threatened… It’s important to teach children to be wary of all unknown dogs, no matter their size or their breed. All unfamiliar dogs should be approached with caution, if they are approached at all. Misconceptions about dog attacks abound. Basic safety practices and education can prevent dog bites from happening.” – Millar & Mixon

Meeting Brooklyn prompted me to look past all the media hype and to do my own research into the true personality of this misunderstood breed. Now, instead of immediately reacting with fear and mistrust when I encounter pit bulls, I know from personal experience that there’s a whole lot of love and gentleness underneath these sweet dogs’ unfortunate wrapping of bad press.

More: 10 things my dog gets away with that my kids never could