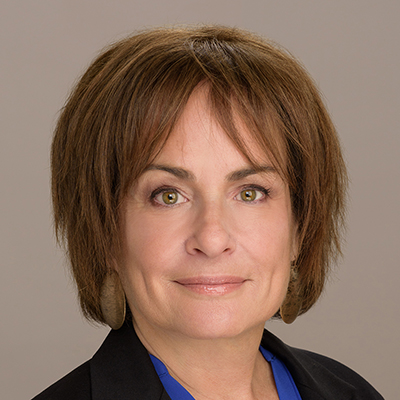 Lately, as I barrel toward my 60th birthday, I’ve been struggling with my hair color. I have been dying my hair since I was in my 30s. I’ve been a blonde, a redhead, a brunette and every possible variation in between. I’ve tried letting it go gray, spending two years living with horrible transition lines, and then after six months or so of being gray, I’ve gone back to full-on color. I’ve been salt and pepper, low lighting in the “pepper” and playing around with various permutations of that.

More: 5 tips to not freak out at unexpected life events

For a few years now, I’ve been toying with the idea of letting it grow out again. I started seeing those fabulous pictures of young women going silver or gun metal gray and longing to try again. My motivation is twofold.

One: It’s time to just stop fighting what is. It’s come to having to touch up my roots every three weeks (and truth be told, it looks pretty bad after two and a half). Too much maintenance. Too much time wasted at the beauty shop.

Two: I no longer think the image in the mirror is a true reflection of who I am. That artificially dark hair just strikes me as, well, too artificial. I value bravery and authenticity. Those are two of my very core values. It’s time to live that authenticity in my appearance.

More: 3 ways to make spring a time of personal renewal

This has brought up all sorts of conflicting feelings for me, feelings about vanity, aging, beauty and sexiness. I talk a good story, but at the end of this journey, I know I have enough vanity that it will have to look good or I won’t be happy. It doesn’t have to look amazing; just good enough that I still feel attractive, to me.

I don’t feel that concerned about what others feel or prefer. Some people have pretty strong feelings about this, which has been interesting. I have to feel good when I crawl out of bed and face me before my coffee and makeup.

This process has not gone smoothly. From the stripping out of the color (a very scary four hours when I looked like a cross between Bozo the clown and a baby duckling) to the so cool gray color, which lasted just until the next shampooing — three days later! The new, awesome, silvery color was not holding — at all. Instead, it turned sort of a dirty, ashy sort-of-blonde-sort-of-gray shade.

The idea was, I thought, a good one. If I could dye it gray once, I could then gracefully let the roots come in, possibly doing a little blending in using low-lighting techniques and ultimately just have it be what it is.

What I’ve learned throughout this process, it seems to me, are things that apply to life: Things rarely go as planned, accepting what is can be satisfying in its own way, and, conversely, spending time, energy and money fighting what is can be an uphill and never-ending battle (think bad marriages or horrible jobs). Last but not least, instant gratification ultimately doesn’t serve and rarely brings the benefits you were hoping for.

More: How I became Rookie of the Year at age 59

Jane Stein is the founder of Your Franchise is Waiting, a consultancy firm for men and women exploring franchising as an alternative career path.