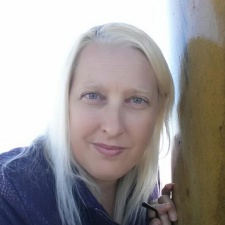 Dwayne “The Rock” Johnson is looking to wake you up every day and help you focus on your goals. The popular actor has 55 million fans on Facebook and each and every fan got a gift that keeps on giving. Who would have thought the man who is known for his great looks, popular movies and even an HBO show found time to make (and now give) a motivational app for his fans? It’s happening, and the best part? The Rock will motivate you every morning at any time you desire.

Dwayne “The Rock” Johnson woke me up this morning. After downloading The Rock Clock on my cell phone, I admit I was super excited. In my world, waking up to jarring ringing bells is not healthy. Automated tones are out the door too. I don’t mind The Rock whispering in my ear “Beep! Beep! Beep!” until I get out of bed. With over 24 noises available, there is a variety including the Lovely Flute ring. On tough days when a little more motivation to kick off the covers is necessary, a chainsaw ring will open the eyes.

I’ve had to coax my dog to approve the new male voice in the bedroom. His initial lack of excitement was cause for concern. It sounds extreme, but I knew we were going to need The Rock to show up at the house to stop the madness. The dog was over-the-top crazy.

On the first morning, when Dwayne’s voice started, there was a take-down equivalent to the movie scene in my bedroom. “Ring, Ring” obviously, in dog speak, means intruder in the house. The dog jumped over me, across the bed, on top of the nightstand. Every “Ring” was met with a bark. He attacked the noise. The phone barely survived.

More: 5 reasons the Property Brothers’ Dream Home is a must-read

I figured it was merely a misunderstanding. He didn’t understand the app was the voice he heard. I shared all the app tones with the dog before going to bed the next night. Curious but responsive, it seemed like he got it. We went to bed.

Seven hours later I awoke to Rock’s “Good Morning Sunshine” and a crash. The dog heard the ring and attacked the nightstand drawer. Barking, scratching and going crazy, he didn’t stop until the app was turned off. Unfortunately, the nightstand didn’t survive.

It’s not been easy trying to convince the mutt that this is a truly awesome motivational app. Desperate to stop the flurry of fur gone crazy, I did the only thing a dog owner could: I pulled out the laptop and put on Netflix. I made him watch Tooth Fairy. I had sheer determination to show this dog how to appreciate Dwayne Johnson’s body of work, as well as The Rock’s voice. From there I put on San Andreas, Furious 7, Walking Tall and a few other films. We’ve watched a few movies of The Rock together too. The dog needed to know Dwayne Johnson can be in the bedroom (we’re only talking about the app here people.)

“We’re waking up together. Literally, I’m waking you up,” writes The Rock on Facebook. Reminding fans that they can do anything they dream about, the star has worked over a year on this app. Little did The Rock know he might be motivating four-legged creatures too.

After watching all those films, I want to share that the dog is behaving so much better. Well, technically he still might have questions why we hear The Rock’s voice every morning, but we still haven’t met the actor yet. Now when he hears Dwayne’s voice, he rushes to the bed and starts bouncing like a crazy ball. He has connected The Rock’s voice to the movies, but not in a human way. The Rock is always on the run, fighting crime, driving real fast or saving the world. This app has made my dog into an action star at 6 a.m., complete with the desire to be his best (just as soon as he goes out). Since The Rock Clock doesn’t have a snooze button, I’ve got to get going too.

Not everyone can say they were woken up by The Rock after a night of beauty sleep (well, at least not yet). However, I can say that with confidence and add that my furry best friend is a huge Dwayne “The Rock” Johnson fan too.