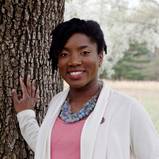 I first saw the photo last week. More than a dozen black female cadets at West Point who, according to the caption, are part of the U.S. Military Academy’s class of 2016.

My first thoughts? What a great-looking bunch. I love seeing black women doing big things. Second thought: This has got to be just one group of black women who are BFFs because there is no way there could possibly be just 16 black women graduating this year, right?

What I didn’t think was that the photo was a partisan political statement that actually violated the Army’s policy on political activities. In the simplest possible terms: If you’re in uniform, you’re not supposed to be involved in “partisan political activity.” Now the women are under investigation after “concerned” parties sent the photo around (it’s still unclear where the photo was originally posted, but it was largely celebrated on Twitter). And when I say concerned, I mean “ill-informed former or current service members who obviously don’t understand the history of black people, their raised fists nor the actual point of the Black Lives Matter movement.”

Since when does a raised fist mean Black Lives Matter? It turns out that a quick Google search on the definition of a raised fist results in “a symbol of solidarity and support. It is also used as a salute to express unity, strength, defiance, or resistance.”

My first thought when I see the fist is the iconic “Black Power” photo from the 1968 Olympics. Back then, it was very much a political statement, a gesture that put U.S. race relations on an international stage. Sound familiar?

Bear in mind that it is graduation season at practically every school in America, and the excitement in the air is tangible. West Point is no different. However, cadet life is the most extreme college experience that a young person in America can sign up for. They are ready to head into the world to lead the next generation of Army soldiers who will defend our country against all enemies, foreign and domestic, because that is the oath they will take.

More: I was a Planned Parenthood protester until I ended up needing them

This group did it all as the only 16 black females out of the 1,250-member corps of cadets in their class. One glance at the yak shared on campus about the pic shows the amazing need these ladies had to stick together amidst the negative comments among the cadets.

The bonds the cadets made in school will last forever. I still text two of my Army officer sisters every single day because the Army brought us together and made us strong.

With the last four years of growing together as cadets and sisters in arms at one of the most prestigious universities in the country, how dare they take a picture to show strength and solidarity?

West Point has gotten it terribly wrong here. They are blowing a picture out of proportion and instead of giving these cadets the benefit of the doubt, letting them celebrate the strength and unity that the academy fostered in them, they are being investigated. West Point is actually exhibiting the very implicit racism that lies at the center of the BLM movement. If this picture was full of white female cadets with raised fists, would there even be an investigation? Would those raised fists still mean support of BLM if they were covered in white skin instead of brown skin?

However, because 16 African-American women share skin color, their raised fists automatically have to mean that Black Lives Matter. That’s a stretch, a racially charged stretch that doesn’t support any of the Army values of loyalty, respect and integrity that West Point has been instilling in those cadets since Day 1. Do better, West Point.

At the first whisper of scandal, West Point should have seen the picture and known their cadets were displaying the strength of USMA cadets on social media for all the world to see. Why not use it as a recruiting tool and caption the picture “Follow Me!”? West Point should have applauded these ladies for their job well done of making it through the strenuous studies and athletics in which they completed. Instead, West Point has launched an investigation and assumed these ladies are up to no good and breaking the rules. Similar to how Trayvon Martin was questioned for wearing a hoodie in the rain while walking with skittles after dark because surely he was up to no good.

More: If equality means sending my daughters to war, I want no part of it

Oh, there are things these cadets have in common with the BLM movement but it’s not their raised fists. It’s their continued fight to be themselves in a society that consistently assumes that black lives are causing trouble and in need of questioning or suspicion instead of the obvious truth.

Their young careers are on the line before they can even begin. Not because they were wrong, but because the fists they raised in pride of graduating from West Point happened to be black.