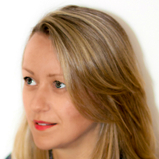 I graduated at 22 with a useless degree in philosophy and a lack of any substantial direction. When people asked what I wanted to do with my life, I’d say I didn’t know. “You’re young,” they’d reply. “Plenty of time to work it out.”

By 24, no clearer on what to do with a — by then — stale, useless degree and no ambition, I got “Twenty-four? Better sort yourself out.” I had, it seemed, reached the age where a number invited judgment.

More: Here’s what being raised by a single mom does to you

Since then, I answer “How old are you?” with either a lie or “I never tell people my age.” I refuse to be drawn, cajoled or joked into revealing this suddenly intriguing piece of information. I’ve become adept at fudging details about the dates or duration of major life events. That might sound complex, but it’s not that much trouble.

It barely needs saying that society is judgmental about women aging. That alone would justify my subterfuge. And, OK, if you must know, I’m afraid of getting old and dying. I’m not religious, so I can’t see any plus side to it.

The massive complex I have about aging goes back further than when I was 24 — back to when I was a child and my mom would never tell us her age. I learned that age was a thing to be ashamed of and feared.

Except for school friends, almost no one knows my age, and I lie on forms that aren’t legally binding. When I was internet dating, I knocked a few years off the age on my profile. One guy I dated for more than a year was very vocal about openness and honesty, and for the first time lying felt uncomfortable. But even that didn’t mean I was completely honest. I simply told him I’d put a different number and refused to say what the real figure was.

In my current relationship, I tried withholding the number as usual. As always happens, my number-swerving made him more curious. So I kept my passport tucked away when he was at my apartment just in case he couldn’t help himself. I don’t celebrate birthdays and keep that data off my Facebook profile, so there was no chance of discovery — either accidentally or “accidentally.”

More: Watching a woman scream at a food stamps-using family is downright painful

Then, on vacation, I thought my purse had been stolen and had to make a police report. I filled out all the personal information, hesitating over the birthdate while I conducted my habitual internal debate over whether this was a legal form or just a form. Under the pressure of being in an actual police station, I opted for the truth. In the end, my purse turned up and I was too relieved to mind the wasted morning reporting it. Until my boyfriend confessed he’d inadvertently seen my birthdate and couldn’t, or didn’t feel comfortable to, keep up the lie that he didn’t know my age.

I burst into tears, terrified in a way I couldn’t put words to. My reaction, I don’t need a therapist to tell me, was borne of fear — fear of having to look into the big, black hole of death against the eternity of the rest of the universe that will carry on without me. I was angry too. If I could lie about it, forever, why the hell couldn’t he? I’m not exaggerating when I say I briefly considered ending the relationship.

We never mentioned it again until I was pregnant. In the hundreds of doctor’s appointments and phone-calls for test results, I had to give my birthdate over and over. My boyfriend remarked how impossible it would have been for me to hide. He underestimated me though. I’d have found a way — making calls in another room or slipping folded pieces of paper containing my birthdate to midwives. Even now, the lie lives on as, the other day, he mentioned my age and got it wrong by one year. I didn’t correct him.

More: 40 things exponentially worse than sitting near a baby on a plane

Having a baby has pushed the whole issue closer to the surface. Like so many things that didn’t seem important before being a mother, it has a significance beyond just my own feelings. One day, he’ll ask me, very innocently, “How old are you, Mommy?”

I could lie. I fully intend to embrace Santa Claus and the Tooth Fairy for as long as the magic holds. Why can’t I have my own fairy tale? But it turns out it’s much harder to imagine lying to this little person. Even though he’s only 1 year old and can’t articulate his trust, I feel it every time he lays his head against me and falls asleep.

I might not be ready to truly face my fears and tell everybody, but I can start by telling the one person I can count on not to judge. Perhaps that’s how I’ll learn to take my age for what it will mean to him: a number with no significance of any kind.