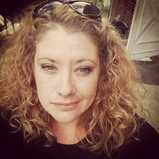 After 35 years, I guess I never really expected to meet him. I always knew that I was the odd man out in my family.

My build, my blonde hair, green eyes and curls always made me stand out in family photos, but it was something that we chose not to talk about. Because above all else, these people were my family, despite only sharing our mother’s DNA. I have two half-sisters and a half-brother. I have a mother and a stepfather. It was more important to love the ones who stood by my side instead of missing the one who chose to leave.

More: Being a single mom on Father’s Day is the pits

In 1978 I was born to an unwed, single woman who had just turned 20. She delivered me alone, signed the adoption paperwork alone and left the hospital without a child. She was the fourth child in a Catholic family, a bit wild, a bit lost and a bit shamed for getting pregnant. As the story goes, adoption wasn’t in the cards for me. My biological father refused to sign the paperwork, my mother couldn’t bear the loss of her child and my grandmother decided that she wanted to raise a sixth child.

As the years ticked on, my mother married and had three more children. Being the oldest of four kids, my role was clear. I was the trailblazer.

But there was a division. I was different. I begged silently for my biological father to come for me, to wrap me up in his arms and take me where I belonged. To show me people who looked like me, acted like me and just once give me that feeling of belonging. It’s a terrible feeling to not believe you belong in your own home. I wanted the safety of having my own tribe.

But he never came, and we never talked about him and I never shared my feelings of sadness, anger and resentment for the people I lived with. I did what any teenager would do — I made my own tribe. One that felt like family, one that I finally belonged to.

My friends, my tribe, were almost all from happily married families with sisters and brothers of their own. I felt secure. I felt wanted. For the first time in my life, I didn’t long for something I didn’t have.

My tribe grew and expanded over the years. Marriages, babies, death and long distance moves didn’t (and don’t) matter. These people are my tribe. They are my safety net when I am walking the high wire. They are still who I go to when life thoroughly sucks.

So it seemed only fitting I was celebrating Christmas with them when my biological half-sister reached out to me on behalf of my father in 2014. My tribe advised against meeting her. Like the terrible listener I am, I did the exact opposite. We agreed to meet, just her and I at a bar because I knew I was going to need booze. I was nervous and sweaty despite it being January, but she was kind. Maybe it was the alcohol or maybe it was the familiarity of her appearance; but I told her to give our father my number. I told her to have him call me. I would answer the phone and I wanted to talk to him. I wanted to meet the man I had given up on so long ago.

Three days went by, and he didn’t call. Four days and then five days. As the week rounded out, I was angry. I had made a huge mistake. I opened myself to getting hurt by a man who hurt me for 35 years. His silence resulted in this blog post. My half-sister read it and sent it to him. I was mortified and relieved. He had finally heard what I had to say. That blog post started a chain of events that not even I fully understand today.

He called shortly after he read it. We set a date to meet face-to-face. I let him pick the day. He picked the next day — a bold move, which I respected and was terrified of. Years of mystery and anger and finally apathy would come to a head in less time than it takes me to pick out living room furniture.

In an only-my-life moment, it turns out I would be meeting him in his home less than five miles from where I grew up. I passed my childhood home and started shaking. I spent 15 years living down the street from him, two half-sisters and two half-brothers. As the realization set in that he knew exactly where I was my entire life, so did the overwhelming desire to vomit. I pulled over, looked around at the familiar houses and streets, settled myself and decided that I had come this far, so I should soldier on. I pulled into his driveway relieved because I had never been there before. In small towns, there aren’t many people you don’t know.

More: 25 kids whose love notes to Dad will make you bust a gut

It was a relief that I hadn’t accidentally met the people I share this strand of DNA with. One more big breath in and I got out of my car. I exhaled and knocked on the door.

As he opened the door, I started to panic. What the actual fuck am I doing here? I was happy before. I had long since resolved my feelings about the mystery man on the other side. At least I thought I had. We talked for hours. I drank beer and listened to him tell his story. He drank wine and listened about the years I spent alone, and finally about my tribe. I told him that I didn’t trust him. That they don’t trust him. That I don’t trust anyone. He said he understood. I asked him what he wanted. If this is what he wanted? He said he did. I didn’t believe him. I didn’t believe him that night and as the year progressed, he taught me that my instinct is almost always right.

As the months wore on, the visits became fewer and the messages stopped. I could ask what the problem is, or why he withdrew over this past year, but I won’t. I won’t because I deserve better. I will not spend my precious time wondering or wishing for something different. This is who he is, and by extension who his family is.

I don’t need another man in my life. Of all the amazing people I have surrounded myself with, the tribe that I have created, the one position that never could be filled was the one of the father. I shouldn’t say I need a father, because I have lived quite happily for most of my 37 years without one. But I wanted one. I wanted to be someone’s little girl. The apple of someone’s eye. I wanted that person to love me without prejudice and be present. Not an afterthought. It seems most of my life I had been just that: an afterthought. From the day I was born in 1978, to my mother’s marriage, until my tribe formed, I was an afterthought. Maybe because I am strong, and resilient. Maybe because I wasn’t anyone’s number one.

More: You only think you know what it means to be politically correct

I don’t know why he has disappeared from my life once again, but I do know that this is the last time. I learned over the last 12 months that I never needed a father. I have all the love and support I could ever want or need. I have a tribe of friends and family that I trust, that love me and that have stuck by my side through it all.

They have seen the worst and have helped me celebrate the best. They have cried with me and for me. We may not all share the same DNA but there is a love that transcends blood. I realized that I am not an afterthought. I am strong, independent and resilient. I wish him nothing but the best in this life, but I won’t be in it.