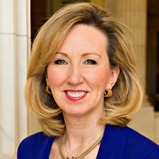 I am honored to be the first female member of congress for Virginia’s 10th congressional district. In that position, I believe it’s important to provide more opportunities for women to succeed in all professions and fields in the workforce. Areas in which women are underrepresented include science, technology, engineering and mathematics — collectively known as the STEM fields. Although women fill close to half of all jobs in the U.S. economy, they hold less than 25 percent of all STEM jobs.

That is why I sponsored H.R. 4755, the Inspiring the Next Space Pioneers, Innovators, Researchers, and Explorers (INSPIRE) Women Act, and cosponsored H.R. 4742, the Promoting Women in Entrepreneurship Act, in order to help young women be more competitive in the 21st century economy and especially in the STEM fields where we need a growing workforce. Congress overwhelmingly passed these two bipartisan bills this past week.

The Inspiring the Next Space Pioneers, Innovators, Researchers, and Explorers (INSPIRE) Women Act, authorizes the NASA Administrator to use the tools at his disposal — including initiatives such as NASA GIRLS; Aspire to Inspire; and the Summer Institute in Science, Technology, Engineering, and Research (SISTER) — to encourage young women to engage in STEM fields and pursue careers that will further advance America’s space, science and exploration efforts.

More: The first Hispanic congresswoman has some wise words for women in any field

The goal of NASA GIRLS is to create a virtual mentoring project that offers a one-of-a-kind experience to middle school-aged female students using online capabilities. NASA’s vision for Aspire to Inspire is to present STEM career opportunities to young girls by introducing them to, and explaining the life stories of, career women at NASA. The SISTER program is designed to increase awareness of nontraditional career fields by introducing female middle school students to women engineers, mathematicians, scientists, technicians and researchers at the Goddard Space Flight Center.

Most Americans are familiar with Sally Ride, the first American woman in space. She is a true trailblazer and raised the bar of achievement to new heights in 1983. But there are many other women who contribute to America’s space-related endeavors. According to NASA, 58 different women have traveled in space, and 49 of them have flown with NASA. These women are physicists, chemists, pilots, astronauts, doctors and biologists — the list goes on. According to the Women at NASA website, there are more opportunities now than ever before for women to join in the national effort to reach for the stars and be engaged in the space and aerospace industry.

The second piece of legislation, the Promoting Women in Entrepreneurship Act, authorizes the National Science Foundation to use its entrepreneurial programs to recruit women and to extend their focus beyond the laboratory and into the business world that will grow our economy. The bill also includes a number of findings regarding women in the STEM fields, including the finding that only 26 percent of women who attain degrees in STEM fields ultimately work in STEM jobs. This bill aims to improve this statistic by giving women the necessary guidance so they can thrive and break down barriers in the open and free market.

Women own just under 1/3 of all private businesses in the nation, but make up over 50 percent of the workforce. Both of these bills aim to ensure that young women have the same opportunities to be leaders in the workforce, especially in the STEM fields. Women with STEM based jobs typically earn 33 percent more than comparable women in non-STEM jobs. For the United States to continue to be on the forefront of technological innovation, women must be involved in STEM fields and careers so that America can compete in the 21st century economy.

More: 3 things I’ve learned about politics as a woman running for office