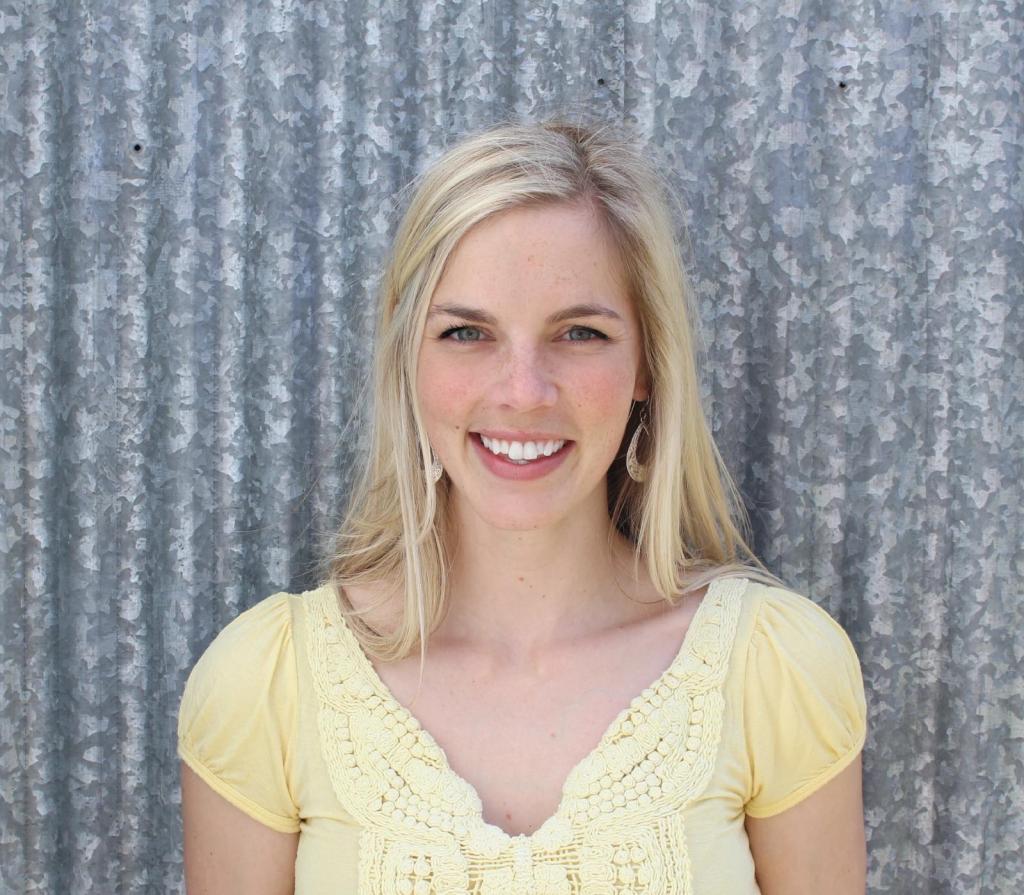 For those raised where there are no stop lights, where you wave at every passing vehicle (probably referred to as a rig) because that’s the polite thing to do, and where you can name every single kid in your class and probably your whole school, there are many truths that you manifest that are different than that of our more urbanly raised wildflower sisters. This is not going to be a post about four-wheel drivin’ or mud on your boots. It will be about matters of the heart and of practicality, which are the prime ingredients to growing any wildflower, right?

1. Your actions stick with you

When you are from a small town where you attend school with the same kids in elementary, middle and high school, being awful to someone isn’t a sin that is forgotten, even if it is forgiven. Your choices stick with you, year after year, for better or for worse. Choose wisely, regardless of where you put down roots, wildflowers.

2. An Appaloosa doesn’t change their spots

Country girls have lived with the same folks for a really, really long time and they know that it is a very rare thing indeed for a person to change. Girls who were mean in high school will probably be mean in the future. Boys who are good to their mommas will likely always be so.

3. Cowgirl boots and a lifted pickup with sassy bumper sticker does not a country girl make

Imitation is the sincerest form of flattery. That’s how a classy country girl should interpret those who haven’t an ounce of rural living or common sense to their credit and still hope to be part of the club. As Dr. Seuss said, “Today you are You, that is truer than true. There is no one alive who is Youer than You.” Be you, wildflowers, wherever you are, and be the best You you can be.

If you are working, striving and aiming towards a goal, keep after it. You don’t win by slowing down. That’s not to say all of life needs to be a race, but if you’re in one, don’t slow down.

5. Courage is being scared to death and saddling up anyway

John Wayne said a lot of things, and this is my sister’s favorite. Courage doesn’t mean doing something difficult. It means facing fear and not letting it win. Accepting fear as part of the experience, and owning the fact that often times what is necessary isn’t comfortable (and can be downright terrifying) is part of living life fully, being a grownup and being a stand up person. Saddle up, and be better and stronger for doing so.

6. Stop before you turn

In horsemanship and in life, slow down before making a big change. Big life changes like babies, marriage, living arrangements and work choices all require pause to be made effectively and to minimize regret.

7. Country girls know where their food comes from

I don’t mean in a super trendy, farm to fork, super high priced and small portion way either. They know what goes into raising an animal, from wet, ugly, miraculous birth, to doctoring, breeding, slaughtering and butchering. They know that organic produce means lumpy shapes, bugs, imperfections and inconsistencies. They know the weight of a bucket of water, the heft of a flake of alfalfa and the expense of a small shift in the weather. To know these truths is to far better appreciate the genuine cost of food, to understand how a quick and painless death for a farm animal is far preferable to the gruesome ones that wild animals experience and to grasp the value of every mouthful. If growing your own food — even a little tomato plant or a jar of sprouts — isn’t an enlightening experience, I don’t know what is.

8. They know how to deal with shit

They know how to handle it when it is their job to clean it up, and they also know it isn’t that big of a deal. Life isn’t always clean or pretty, and that’s okay.

9. Country girls know when to put function over fashion

That might mean leaving the Christmas lights up all year long or wearing rubber boots six months of the year (I just described myself). Function comes first.

More: 9 types of friends that will make your life better

Country living doesn’t always mean less money but a lot of the time it does. I always heard the saying, “Land rich and cash poor,” and it was a truth I learned well growing up. I was raised upon acre after acre of a beautiful ranch that my family has worked for four generations. We never had expensive cars or Christmas trees hidden behind a mountain of presents. Would I trade those experiences for the material goods I “missed”? No way. Country girls value experiences over things.

11. They know that small towns celebrate and grieve together

That’s not to say that my heart doesn’t break for my urban or international sisters, like those living in cities like Paris after the recent terrorist attacks, but small towns feel tragedies in one aching heartbeat. The thrum of excitement after a community win electrifies out from the epicenter, uniting its members. They also identify with other small towns that may be miles or states away. When a rancher in South Dakota suffers a brutal blizzard and loses their herd, my Facebook feed is filled with updates and calls to fundraise and help, and I don’t know a single soul in South Dakota!

When ranchers in other jurisdictions are persecuted, agrarians all over feel as if one of their own is at the stake. When in college, I routinely made connections and subsequently made friends based on if I remembered competing against their particular towns in FFA. A few years ago, when a student in my district was lost far too soon, and I logged onto social media the following days, every feed was filled to the brim with the kinds of wonderful words that make me cry to think of. I’ll never forget feeling so honored to be from a community that grieved together like that, and so utterly proud of my students for extending kindness in every direction — digital, physical, written and verbal — the way they did.

That one is pretty self explanatory.

13. They understand why some of the most dangerous driving conditions sometimes involve no other cars

Anyone who has ever had a garden of a few plants or a few thousand acres knows there’s no entitlement in gardening. When I took an ag science class as part of my gen ed requirement, I felt like I’d have an easy A in the lab portion where I had to plant a garden on the college farm. I planted, alongside my fellow wildcats, and sure enough, the proof was in the pudding. The few plots next to mine were planted by girls whose families ran the roadside farm stands, who truly worked outside every single day of their lives, who wore clothes that were old and not very stylish (even by my farm supply store standards), who struggled with the classroom portion of class (piece of cake for me!) and softly spoke another language as they worked among themselves on their plots.

Their gardens put mine and everyone else’s to shame. They had spent twice as long as I had, with my effort on cruise control and FFA-er nose in the air, thinking how easy the class would be, and there was no denying that we all got out what we put in. Their garden was beautiful and exceedingly productive, and there’s no doubt that their hard work has paid off in every area of their life. The 18-year-old me got a valuable lesson that semester of college; put out the effort even when you think you have it made in the shade.

15. Country girls know how to shake hands and hug like they mean it

Because they probably do.

16. Country girls know to check your cinch now or be sorry later

A cinch is the part of a saddle that keeps it from falling to the side and subsequently dumping the rider to the ground. Checking the cinch is like tightening a belt, and failing to do so can produce grave consequences. Take the time to do things the right way now and avoid being regretful later.

17. Take care of the things you love

Think about anything you have worked on for a really long time. It could be a project, a garden or a relationship — anything. How well do you treat it? I know that I spend a lot of time making a quilt and I handle them with serious care after they are done. No one is to be drinking grape juice near one of my quilts. You surely feel similarly. The first car you buy yourself, the beautiful thing you create, all are well cared for.

18. They know that farmers and ranchers are true environmentalists

If your environment — soil, water, animals, plants and air — is the thing you work on, year after year, you care for it without question. You know it intimately and suffer if you don’t.

Country girls know how to stack firewood, tie a rope in something other than a bow and know about all manner of wild, large and vaguely frightening (or really frightening! See #5 above!) animals. They know about bears on porches eating your sacks of juicing apples, wandering down roadways, in chicken coops, in your newish pickup tearing up your seats, turning your pet into a ferocious guard animal and making eerie noises in the night.

20. Country girls understand that there are more than the four standard seasons

There’s the general canning season, divided into spring fruit, tomato, berry, apple (and more) seasons; the hunting seasons of chuckar, upland, waterfowl, bow, riffle, in-state, out-of state, deer, elk and moose; the fishing seasons that correlate with the calendar; the moon cycles and the overlap and importance of all of the above. The intimate cultural and culinary connection to these seasons is critical to understanding all that a country girl knows.

More: How re-captioning a Facebook photo can change your perspective on the past