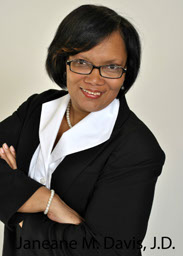 There are four big reasons why black history is important and should still be taught in the United States.

Racism is still alive and well in America.

It is not possible to live in America without seeing incidents of racism every day. One can see incidents on the news when unarmed African Americans are shot in the back and killed by police, while heavily-armed white Americans are permitted to take over federal land and buildings unmolested by state or federal police authorities. It can be seen in high schools across the nation when white high school girls think it is cute or fun to arrange their shirts to say the “N word” and pose for photographs.

It can be seen when African Americans are told that the reason they don’t get nominated for Oscars is because they don’t have the talent while ignoring the fact that they are not given the opportunity to work and their movies are not watched by those voting for the awards. It can be seen by the unequal treatment blacks and whites receive in the crimes they are charged with and the sentences they are given once charged.

More: How black actors and artists gave me hope growing up during segregation

Teaching black history is a “two-for”

When the children learn these lessons at school, they go home and share what they learn with their parents. This benefits society as a whole because it means that the issue of race will be talked about in more homes across the United States. Conversations about race are important because things cannot change and get better without conversations. Most parents have had the experience of children rushing home from school and excitedly sharing what was learned that day. This is how many parents learn about scientific discoveries and new ways to do mathematics. This means that the parents learn or are exposed to the information their children learn in school.

There is more to African Americans than the negative stories and stereotypes seen on television, movies and the news

Lack of cultural appreciation leads to xenophobia both in the United States and around the world.

This is a good thing. The similarities will show that African Americans are not to be feared, shunned or avoided. It is good to learn about cultural differences because it will show that, just as siblings have differences but are still part of the same family, African Americans are part of the United States. When students are taught that African Americans who live in their country are somehow strange, should be feared and not as valuable as other races, it is easy for those students to be afraid of people of other races living in countries around the world. This attitude can lead to misunderstanding, xenophobia and even war. Learning about black history fosters cultural appreciation and fights against xenophobia.

Learning about black history is good for all students, not just African American students. It helps end racism; it helps students and parents; it gives a full and honest view of African Americans and it helps fight xenophobic views. These things benefit all students and makes schools a place where all children can feel valued, appreciated and safe. This is extremely important because educators know, and have known for many years, that it is hard for children to learn when they feel undervalued, unimportant and unsafe. Teaching black history benefits students — not just during black history month, but all year long.

More: Black History Month is important to all kids

Curious About At-Home Laser Hair Removal? Here’s What You Need to Know