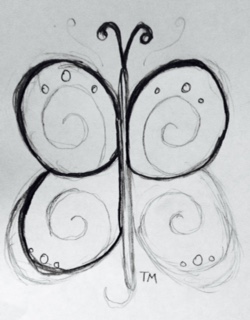 I am assuming that you have been coming across articles with topics such as “benefit corporations” and it has piqued your curiosity. I find that I am answering more and more questions about topics such as “impact investing” and “corporate responsibility.” I have also been witnessing quite a few terms being used these days for the same things such as benefit corporation, corporate responsibility and ethical capitalism; and I am sure there are many more. The bottom line for all of these names is the same: harnessing the power of business to do good in this world.

More: How I knew I needed to quit my corporate job

This concept is not a new one by any means. One can attest to this by what Charles Dickens wrote about in his story, A Christmas Carol in 1843. Everyone is familiar with the plot of this story, and it ends with the main character, Ebenezer Scrooge, deciding to use his financial position to promote good will in his community instead of spreading negativity.

You too are in a position to try and make a difference in others’ lives. Maybe you are a new business owner looking to incorporate a positive aspect into your business model. Maybe you are an already established business. Maybe you were just visited by three ghosts last night, and they told you to look me up. Maybe not. If they did, I don’t want to know. Either way, I want you to know that this is a very murky area right now.

Up until a few years ago, businesses in the United States could talk all day long about how they were “helping others.” Just take a look at any corporate website and you can see items such as “community support” and “social investing.” However, there was never an actual third party standard to which a business could adhere that proved they were walking the walk with the entire company, not just talking the talk.

More: How I finally realized being a workaholic isn’t a good thing

It makes zero sense to say that you give X amount of profits to charity when you are simultaneously inadvertently poisoning a community’s water supply. Right? I refer to that mentality as “flaccid rhetoric,” and I grew oh-so-weary of listening to it. Please do not broadcast how awesome you are when your company is doing something not so awesome in the name of making a profit.

As we sat with our head in our hands, cursing corporate greed, someone took notice. Lo and behold, like the answer to a bat signal, there was actually such a thing that businesses can adhere to that can prove they are an all-encompassing entity that makes a profit as well as being a benefit to others.

The “benefit corporation” movement is gaining major steam. It was a movement that was spearheaded a few years ago by a nonprofit called, B Lab, and this idea is going global. I am completely smitten with the concept. It is basically a process that a business can go through that will promote transparency and contribute to the greater good, all the while still making a profit.

I know of a few very large companies that have joined this movement such as Ben & Jerry’s and Etsy. However, as of right now, not all 50 states recognize a benefit corporation as an actual legal entity. Even if your state is not one that recognizes a B corp, you are still free to participate in B Lab’s certification process. This concept is also known as “corporate responsibility” and “ethical capitalism.” As of April 2015, there are over 1200 certified B Corporations across 41 industries in 121 countries, including Canada (78 companies), Australia, South Africa and Afghanistan.

There already are some other platform-based initiatives happening that use a third party process with the end goal of having a positive impact on society. This is a bit of a different concept than the B Corp. Called “impact investing,” or “social impact investing,” the business sector, nonprofit sector, government entity and/or individual acts as the investor for a program with the mission of a positive impact. Each blend can contain one or all four entities. Each initiative also has its own method of madness when it comes to investing for social impact and measuring its efforts.

Don’t be. Think of all of this as a really cool Van Gogh painting where all of the colors stand out but still complement each other and are connected in some way.

Do I think any of these stated concepts will fix everything wrong in the world? No, but I liken these concepts to “rage against the dying of the light.” It makes me feel a bit better, and it should do the same for you too. What do you think?

More: 15 Pieces of advice from entrepreneurs under 30

Sarah can be found at BarePhilanthropy.com