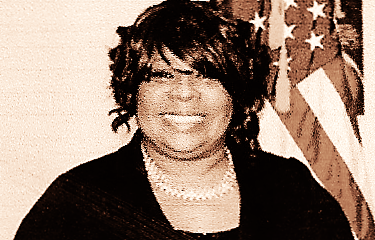 I was born and raised in Pittsburgh, Pennsylvania, in the 1960s, an era some refer to as the Golden Age. In 1964, the Civil Rights Act was law. However, it did very little in changing the hearts and minds of those who believed I was inferior because of the color of my skin.

More: How I learned to positively channel my negative thoughts

I attended an all-white Catholic elementary school. Many of my classmates’ parents practiced segregation in their homes, churches and throughout their communities. It was because of this that they never attended any of the birthday parties I invited them to and why I was never included in any sleepovers or play dates. The texture of my hair and the kiss from the sun on my golden-brown skin shaped their opinions of me. Their judgments of me: fatherless, unclean, poor and dumb. I heard all of those words from their children as they teased and called me the very names they parents used.

In my religion class, I was taught that God loves everyone and that meant me, right? I learned we were to be like Jesus and go out amongst all mankind and be loving. I wondered why that didn’t apply to a little “colored” girl like me, who was experiencing the worst kind of bullying and intimidation from a teacher.

Mrs. C had a passion for making me miserable in every math and geography class. Regardless of how invisible I would try to be, she would find a reason to ridicule me in front of my peers. Every night, I would cry, praying and begging God to remove her. When he didn’t, I begged my mommy to transfer me out to the colored parish. I was willing to walk the extra 15 blocks. My mom asked me why I wanted to transfer.

I told her that I didn’t have any friends, no one played with me, and I told her how embarrassed I was in history class when we were discussing the slave trade. The images of the slaves sketched on the pages in my history book were insulting to say the least: eye-popping, ballooned-lips, oversized, unattractive women. And they were considered less than animals and never given credit for building this country! I asked my mother what had we done to those who hated us? I told her I felt ugly and did not want to go back to that school.

More: I have struggled all my life to find my natural hair beautiful

My mother told me that, as far as she knew, we, as a people, had done nothing wrong. She wanted me to understand that I was a beautiful young girl who one day would make a difference in this world. The next day she and I spent the day in the library.

My mother introduced me to beautiful women of color in magazines and books. The first was Katherine McDonald Wimp (1920-2012), a beautiful woman of color who was an American jazz singer and sang in the Duke Ellington band. At first glance, I believed she was white because her complexion was so light. She had earned her degree from Northwestern University in 1942 and her master’s degree the following year!

Next, we found Louise Beavers (1902-1962). I recalled seeing her on The Danny Thomas Show. This plus-size beauty was a film and television actress. She is most noted for her role as the housekeeper in the film Imitation of Life.

My mother told me these women were born long before me and had faced many challenges. She told me that they had been called names, told that they were unattractive and had been disappointed, discouraged and rejected. Even when they felt like giving up hope, they held on, believed in their abilities and never gave up.

Fredericka “Fredi” Carolyn Washington (1903-1994) was a real dramatic actress, one of the first women of color to gain recognition for her work on stage and film. Washington was best noted for her role as Peola, a girl passing for white, in the 1934 film Imitation of Life. Hollywood fell in love with Washington and was ready to position her as the next Bette Davis or Myrna Loy, if only she would deny being a woman of color. Washington’s response to the Chicago Defender was:

“You see I’m a mighty proud gal and I can’t for the life of me, find any valid reason why anyone should lie about their origin or anything else for that matter. Frankly, I do not ascribe to the stupid theory of white supremacy and to try to hide the fact that I am a Negro for economic or any other reasons, if I do I would be agreeing to be a Negro makes me inferior and that I have swallowed whole hog all of the propaganda dished out by our fascist-minded white citizens.”

Nina Mae McKinney (1912-1967) was often referred to as “The Black Garbo.” She was talented, beautiful and one of the first black actresses to appear on British television.

Joyce Bryant (1916-2004) was the first entertainer of color to perform at a Miami Beach hotel in 1952. She had been threatened by the Ku Klux Klan, and yet she entertained an all white audience. Bryant used her earthy, sultry voice to speak out against inequality. This bronze blonde bombshell was often called “The Black Marilyn Monroe.” She is also noted for her perfect hourglass figure and silver-tinted hair.

Dorothy Dandridge (1922-1965) played in Porgy and Bess and the steamy hot Carmen Jones, and had the smile of an angel. A talented, sexy actress and a woman of color, she was the first female of color to be nominated for an Academy Award for best actress.

Can anyone forget the Catwoman who was ever so purr-fect in the television series Batman: Eartha Kitt (1927-2008)?

Of all the women that I read about, I was most impressed with Hazel Scott (1920-1981). She was considered a child prodigy at the young age of 8. Her talent won her scholarships to study classical music at the prestigious The Juilliard School in New York. She became a jazz and classical pianist and used her beautiful voice to perform with Count Basie and twice at Carnegie Hall!

In 1969, I heard two songs on the radio that greatly impacted me. The negative feelings I had about myself changed once I heard James Brown sing, “Say It Loud — I’m Black and I’m Proud.” I recall going to school the very next day singing with my friends that we were black and proud of it! Later, I heard Nina Simone sing, “To Be Young, Gifted and Black.” I believed she had written that song exclusively for me. I was young and gifted, and I was no longer “colored” or “Negro.” I was black!

In such a relatively short period in the ’60s, things had changed from permed and hot-pressed hair to all natural. I washed my hair and proudly wore my Afro. My white classmates had changed, too. Some of them were now thinking it was cool to be with blacks, and some had Afros as well.

Like Brown sang, “Say it loud and be proud of who you are,” like Louise Beavers, Eartha Kitt, Joyce Bryant, Nina Mae McKinney, Hazel Scott, Fredi Washington, Dorothy Dandridge and many others who have come and gone: I know that I am here for a reason to perfect my gifts and share them with the world — and, like those before me, never give up on my dream!