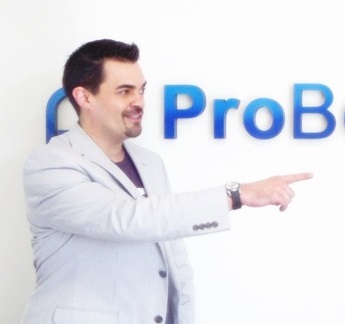 They may be young, but they’ve accomplished more in their early adulthood than many people achieve in their entire lives. Forbes celebrates the under-30 entrepreneurs who inspire and motivate their peers, as well as future generations of business owners. Here are 15 lessons budding entrepreneurs can take from some of today’s most successful young entrepreneurs.

When he dropped out of high school at 15, David Karp had already taught himself to code. Today, the Tumblr founder works hard to maintain a work-life balance. He takes weekends off and works late only once or twice a week. On those evenings, he invites any other late-working employees to dinner to thank them.

More: 12 Genius ways to save time and be more productive

Bryan Baum’s Prizeo offers once-in-a-lifetime prizes to those who contribute to charitable campaigns. Studying in the United Kingdom broadened Baum’s global perspective, and it’s a move he recommends for anyone interested in starting a business.

Anthony Volodkin was only 19 when he founded music website Hype Machine, but he quickly learned the importance of discovering a concept that is neither too specific nor too general. “I think there’s this interesting middle where it works,” Volodkin says. “I’m always kind of figuring out where we are in that and if we’re in the right spot.”

While building OYO Rooms, which he started at the age of 18, Ritesh Agarwal found that there are investors willing to support exceptionally young entrepreneurs. “Having investors from Silicon Valley who have seen fairly young entrepreneurs build successful companies globally helps,” Agarwal says in The Economic Times.

5. Learn from your mistakes

After founding his first startup at the age of 12, Seth Priebatsch grew up to found SCVNGR. Currently, he serves as “chief ninja” at LevelUp, a mobile payment and loyalty app. From his failures, Priebatsch learned what not to do so that he could improve his chances of success in the future.

6. Have a teaching mentality

She may have started her career as a YouTuber, but today 28-year-old Michelle Phan is considered a digital pioneer. Phan’s goal from the beginning was to inspire women and build confidence and realizing this allowed her to put together a roadmap that she followed to success.

More: Why don’t we talk to children about business?

SocialCops founder Prukalpa Sankar has dealt with her share of adversity while building her business, but she has maintained her focus throughout. “People will tell you it won’t work — people will tell you that you will fail,” Sankar tells The Asian Entrepreneur. She stresses that entrepreneurs should just keep going and be passionate about the work they’re doing.

As co-founder of Instagram, Mike Krieger knows what it takes to build a successful app. To best serve his customer base, Krieger has found it beneficial to get to know his target audience as much as possible.

After learning to code at the age of 11, inDinero founder Jessica Mah began a website design business. Her best advice to founders? Have fun. “This will take a really long time and you will suffer a lot along the way, so stop being anxious and try to have some fun,” Mah says in The Muse.

Each year, billions of dollars of prescription medications go unused. Kiah Williams helps redistribute those drugs to those who need it through her company, SIRUM. Her favorite piece of advice comes from her co-founder, George Wang. “Some days, motivation follows motion. Not the other way around.”

11. Growing a company is challenging

At only 24 years of age, Kiip’s Brian Wong got an early start on his career. Since founding the company five years ago, Wong has learned that there is a difference between starting a company and growing and scaling it. “I would say, for me, starting a company is much easier,” Wong tells Cleverism. “Scaling has been a little bit more difficult.”

Mashable founder Pete Cashmore has grown his site to a monthly readership of 2.6 million since founding the site in 2005. His key to success? Seeing even small milestones as successes. “As long as you are moving a half step forward, a quarter step forward everyday, that’s fine,” Cashmore says at Inc.

At only 18, Leanna Archer holds the distinction of being the youngest person to open the NASDAQ. Archer’s all-natural haircare line was bringing in $100,000 in annual revenues by the time she reached 15. She advises young entrepreneurs that when they have an idea, they should stick with it, even if it isn’t what they are meant to be doing. “It could lead you into something else that you become passionate about,” Archer told NPR.

At the age of 26, Fraser Doherty has already founded SuperJam, Envelope Coffee and Beer 52. Doherty recommends entrepreneurs start small. “You don’t need to jump in at the deep end by trying to get distribution in a major retailer. Just get into a few stores, get your brand established and grow from there.”

At the age of 24, Gauri Manglik’s app was bought by Airbnb after raising $575,000 in funding. Today, she serves as product manager of mobile for Airbnb, where she inspires new generations of entrepreneurs with her “just go for it” mentality.