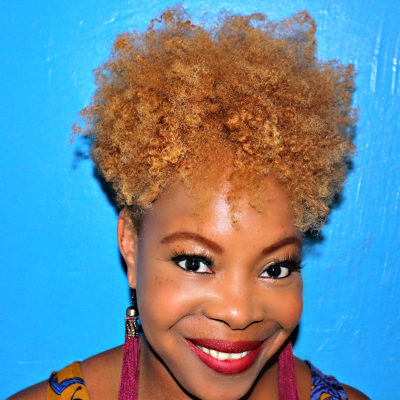 Today I’m going to share with you the five most eye-opening things I learned from blogging in 2015.

When 2015 started, I had one goal and one goal only, which was to monetize my blog and bring in some much-needed additional income. I didn’t really know where to begin, so I read up on and researched what some of my favorite and most popular bloggers were doing, and I tried to emulate. After none of that worked for me, I decided to get back to being myself and just let the monetizing thing come naturally — and slowly, but steadily, it did. I didn’t have the large numbers I heard you had to have to monetize. I didn’t have the large social media followings either, but what I did have was the will and determination to apply when others said I couldn’t. I sent emails to brands and companies when others said I wasn’t ready, and I used my blog to make a way out of no way, even though many felt my opportunity had come and passed. You see, after a couple months, I realized that what is for you is just that, for you — and no one can take that away from you.

2. Saying I wanted it was not enough, I had to go for it

For so many years, all I talked about was what I would do if I ever had the opportunity to take my blogging higher. What I didn’t realize was that taking my blog to the next level meant sleepless nights, having to give up some of my favorite TV shows, sacrificing my shopping time for blogging time, taking pictures when neither my family nor myself wanted to participate and having to wear way more hats than I thought I was cut out for. We always hear the joys and financial gains of blogging, but you have no idea the commitment and dedication it takes to get there. Events and celebrity interviews appear gorgeous as hell, until all you want to do is curl up in bed with Netflix and can’t! Make sure you think long and hard before you say you want it, then if you do, let nothing deter you from getting it.

3. Being a blogger of any kind does not make you immune to social issues

I remember this lesson like it was yesterday. We were having a discussion in my Bloggers Like Me group on whether or not we, as bloggers, should be held responsible for discussing social issues on our blogs. Many of the ladies didn’t want to upset the brands they were working with, while others just didn’t see how the social issues related to their blogs. I really didn’t think much of it, until one day at Walmart the unthinkable happened! I was pulling into Walmart for a grill for our big family Fourth of July BBQ with my sons, BabyFab and FabJr. I was doing what I normally do — talking on my phone — and failed to realize I had mistakenly stole a lady’s parking spot, who had been waiting in front of me.

My son told me she was really mad when she drove by because I took her spot. I replied that I hadn’t and that I did not see anyone waiting on the spot.

We got out of the car, and as I was getting BabyFab into his stroller, this really angry woman came walking past with a guy by her side and said, “Look at her, she has no idea what she did because she’s Haitian and stupid as hell. That’s why no one wants them around, and she needs to go back to her damn country!”

In just a matter of moments, my blood was boiling, and I damn near forgot I was a mom. I was seconds away from being an ass-kicker. I yelled back at her, “Are you talking to me?”

She heard my anger and kept her mouth shut and continued walking into the store. Not only had she discriminated against me, but she did so in front of my two impressionable sons, which took the situation to the next level. It took me at least 15 minutes to come back to my senses and not do something really stupid. A piece of me wanted to find her in that store and let her know just how ignorant her comments were. It was nothing more than divine intervention that kept me from seeing her again. That’s the day I learned if I am going to call myself a “lifestyle blogger,” I need to discuss all the things in my life and not just the pretty things!

4. Blogging is a great platform to get you started, but must not be your end-all

The only way to grow after a successful bout with blogging is to branch out preferably with a service or product. There are only so many sponsored posts you can do. You need to make sure you are constantly trying to reach the next level. The goal should always be brand building and coming up with ways to grow your empire. Keep this goal in mind from day one, and it’ll make your transition much easier.

When I started out, all I wanted was to hobnob with the celebrities and get free stuff. Today, I find so much joy in being able to give back to both my local community and the bloggers who come after me. There are tons of things, unfortunately, I was not taught when I began that I feel bloggers should know, and I’m willing to help them if I can.

As far as my community is concerned, this is the first year I noticed just how much — even the simplest of things — can bring joy to the faces of those around you, and for that there is no greater joy. Give to yourself, but also give to your community and the blessings will continue to flow. Giving back is fundamental.

What were the biggest lessons you learned in 2015?