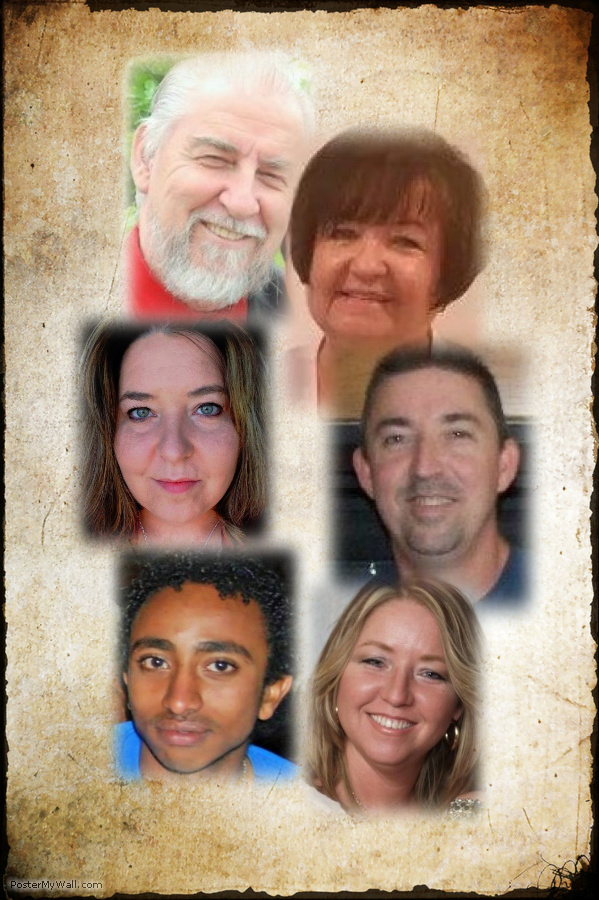 In the same week this year, I lost my mother and nearly lost my brother. I remember thinking: God, what is going on here? I know you won’t give me more than I can handle. I know you will keep me strong, but I’m so afraid.

I spent 18 days running from one hospital to another, checking first on Mom, then George. All the while, I was trying to be strong for both of them.

Mom was 97, still living in her own home, still active and taking care of herself. One night, she got up in the middle of the night, fell and couldn’t get up. She laid there all night until my sister went by to check on her. Nothing was broken, but she went to the hospital to make sure she was OK. During the hospital stay, she had a major stroke, which took her speech, her ability to swallow and her ability to control her bodily functions. This, to an independent elder, is devastating. Mom gave up. I was angry that I didn’t go check on mom early that morning, when I called but she didn’t answer. I told myself she was in the shower. I had been waiting for her to see the message and call back.

Her doctor wanted to insert a feeding tube and send her to a nursing home. The doctor also said that mom would not recover. Mom shook her head “no.” The doctor explained that she would die without surgery. Mom shook her head “yes.” The doctor talked to her extensively to make sure she understood her decision. Then, mom looked at me with pleading eyes, she used sign language to say please. I prayed, and God gave me peace about this decision. I really felt it was His will. Although I didn’t know why all of this was happening, I knew that God was in control.

I promised her that we would honor her wish. Mom had given me power of attorney, and suddenly I became the bad guy. Of course, my brothers didn’t believe me. They argued with me. The youngest said I wanted to starve her to death. There was a lot of crying and discussing. The doctor listened to us and explained that she had talked to Mom for a long time to try to change her mind. But Mom had to see my brothers personally, one at a time, to convince them. Each time, Mom would answer their questions and then look at me with pleading eyes. Finally, they relented and didn’t try to force it.

When everyone was convinced, I had to sign paperwork spelling out her wishes. Talk about hard! I had just signed my name to let my mom die. She was moved to end-of-life care. I cried. I prayed for a miracle, that God would heal her. I prayed for peace and unity among the siblings. I had no doubt that God heard my prayers; God always hears and answers. Sometimes, it’s “yes,” sometimes it’s “no,” sometimes it’s wait awhile. But He always answers.

But there was more bad news: my brother George had gone into the hospital the same day as my mom — he was passing blood in his urine. It was almost pure blood. They needed to operate. Before surgery, we filmed George saying he was doing good and would be there to see Mom soon. The video kept Mom calm, and not worried about him while she tried to recover. But the day Mom decided to move to end-of-life care, the doctors called us all in to talk about George. They couldn’t bring him out of the medically induced coma. If he wasn’t awake by Friday, they would surgically implant a feeding tube and put him in end-of-life care too.

Oh my God! How can this be? I went home and cried. I prayed and asked God to help me make it through this without having a breakdown. I couldn’t lose my mom and my brother in the same week! My husband and I prayed and believed in a miracle for George.

Back at the hospital, Mom was barely hanging on. A hospice chaplain came in and asked me Mom’s favorite hymn. I said it was “Amazing Grace.” He said, “Let’s sing it for her.” We did, and she opened her eyes and looked at us. She was so weak, so tired. She had stopped responding to any of us. We were sitting there and I said, “I think she’s waiting to see George.” So, we played the video for her again. She smiled, and five minutes later she was gone. A very peaceful passing.

That was Tuesday. Wednesday evening, I went to church. My pastor asked me how George was doing, so I told him what the doctor said about Friday. He had me come up front, anointed me with oil and everyone prayed for George.

Thursday, my sister called me while I was driving. “George is awake, sitting up and talking,” she said. I almost wrecked the car! I expected a miracle, I had prayed for it, but was shocked when it happened!

I immediately called my pastor and he was almost speechless. “That was quick!” he said. I drove to the hospital to see this miracle with my own eyes. George was in a daze. He couldn’t wrap his mind around having been in a coma and almost dying. He had lost 18 days of his life.

Sometimes, I feel I’m not worthy to ask God for things. I pray and sometimes wonder if I’m asking more than I should. But I now know that God wants to do the impossible for us. Matthew 19:26 says that Jesus looked at them and said, “With man this is impossible, but with God all things are possible.” George was given up on, was scheduled for end-of-life care, but God brought him back to us. We held mom’s funeral 10 days later, with George in attendance. He had not been at her bedside to say goodbye, but he was at her funeral for a final farewell.

I realized that God had given me the strength to handle all the decisions in life, the bitterness of others and the stress of it all. I’ve learned to pray, to ask God for what I need and then to thank Him for the answer that is on the way.