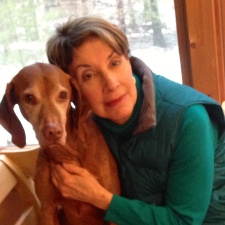 “People would say bad things about you, because it is the only way their insignificant self can feel better than you.” ? Dennis E. Adonis

I recently turned down a dinner invitation after hearing that the people who had invited me were gossiping about me to a mutual friend. Hearing what they said made me angry. It reeked of judgment about a situation they knew little about.

People are entitled to their opinions about me, but sharing those opinions with others is unacceptable — especially if I’m planning to socialize with them. Now I suppose you could say that the mutual friend was also gossiping, but I felt she was trying to protect me. She also felt totally guilty after she shared it.

What was also painful about this information was that it came as no surprise that these people were judging and gossiping about me. In the past, I had heard them speak disparagingly about others, including relatives and close friends. I felt uncomfortable hearing them gossip, but I didn’t say so.

During my childhood, my family was what you’d call “working poor.” In the middle-class neighborhood in which I spent some of my junior high school and high school years, I couldn’t keep up in terms of disposable income and fashion. (Thankfully, I excelled academically!) I came late to a birthday party wearing a hand-me-down dress from Lord & Taylor that had belonged to one of the members of the group. I had told everyone that my parents had bought it for me. A girl in this group of eight other girls was talking about me as I walked into the room, “… she said it came from Lord & Taylor, but we know it was just a hand-me-down.” They all quickly got quiet. I was filled with shame.

A more recent experience had more devastating consequences and ended up destroying my reputation in my spiritual community. Never having been fully accepted to begin with, I acted in such a way that gave this one particular person, who always nurtured a grudge against me, all the ammunition she needed to do a total character assassination. Her “poison pen” email was circulated throughout the community, and I became persona non grata.

My response was to try to defend my behavior — a big mistake in retrospect. It didn’t help, and the damage to my reputation was so great I would never be forgiven, despite her version of things being a distortion of the truth. Although this happened more than a decade ago, it haunted me until this past year when I finally understood I didn’t have to defend myself to anyone.

I’ve been told that the world is not my friend, that people talk about me and that many wish me harm.

That has led me to vow two things to keep my own behavior clean and clear:

1. I will be personally more aware when I am about to gossip — and stop myself.

2. I will speak up if someone else is gossiping to me by saying I’m feeling uncomfortable with what the person is saying and really don’t want to listen.

That way I can at least do my best.

9 hrs ago
by Kenzie Mastroe