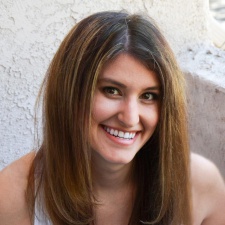 As a retail manager, working Black Friday always felt like training for a marathon. My focus was never on my family at Thanksgiving. Instead, I was forced to focus on my job.

Related story Well-Intended Gifts You Shouldn't Give Someone Dealing with Infertility
Until a couple years ago, my typical Thanksgiving consisted of me rushing over to my aunt’s house for Thanksgiving dinner, where she had to feed me by 3pm, so I could make it home for my four hours sleep after dinner. I would rush home and arrive around 4pm, brush my teeth and try my best to fall asleep, usually around 5pm. Then I would wake up at 10pm, jump in the shower, get dressed and head over to work. If I were still in retail, I would be probably be skipping sleep all together with all the stores opening at 6pm on Thanksgiving Day.

This was mandatory. In fact, anyone in management who says they can’t work Black Friday is not hired. Holidays are considered “black out.” No vacations. So if family isn’t local, I didn’t see them for the holidays.

I believe there should be a time when we can leave work behind and focus on the lives we’ve built with the people around us. It may also be wise to question how much of our focus is on material things in general.
Something I don’t think shoppers realize is that the consumer dictates sales. Everything is based on numbers. If opening at midnight is a smash hit, well, next year we’ll try opening at 11pm on Thanksgiving and see how it goes. If that goes well, then 10pm. Pretty soon, stores will just not close.

For most retailers, we expect to make our entire peak month income in a single day: Black Friday, or Green Friday as we sometimes called it. If we must have a sales event every year, I, for one, wish the peak sales day were the first weekend in December. Just to be clear, if all consumers showed up that weekend and stayed home on Black Friday, retailers would learn this is now the real Black Friday weekend.

It makes sense from a sales viewpoint to stay open when everyone else is doing it, and the money is pouring in. But does it make sense for the consumer and families to spend their time at the mall? In this overstimulated world, I would challenge that this Thanksgiving weekend could be a time better spent doing the things we don’t usually get a chance to do: play board games, go for a hike as a family, go sledding, gather around a bonfire with friends, listen to the grandparents tell stories, take naps, or read a book by the fire after a leisurely breakfast. Preparing for the next rush event in the holiday season of gift giving doesn’t seem like much of a holiday. I would love to see us take a breath and savor the moments.
What would happen if everything closed down on Black Friday? What if everyone used that time to be outdoors, be with family and loved ones, and give thanks for what we have?

If we all decided to give retail a break this Thanksgiving weekend, retailers would have no choice but to give the people what they want. After all, Thanksgiving sales started because it’s what the people wanted. We voted with our dollars and our traffic in the stores. Why not show retailers we’ve changed our minds? Why not support the retail employees joining us this Thanksgiving in being with our families? Most of all, let’s give retail employees a break and all get a day off.

Vote with your dollars and your absence.