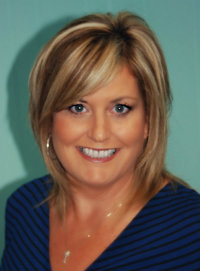 Let’s get straight to the point. I hate Black Friday! I do. I’m a Black Friday snob. I made my decision based on one measly experience, but it will haunt me forever — the Black Friday from hell.

Several years ago, I was chatting up my oldest daughter over coffee when I casually mentioned I was planning on getting laptops for my three teens for Christmas. She proceeded to tell me that the local Big Box store was having a one-hour-only, unbelievably awesome sale on laptops on Black Friday.

“It’ll be fun,” she said. “We’ll go to the pancake house for breakfast.”

That last sentence won me over. I’ve never been one to say no to pancakes.

When we arrived at Big Box, the doors had not opened yet, but there were piles of people already in line. With a roll of an eye, I quickly joined the masses. Was that camping equipment I saw ahead? Had those people camped out all night long? Were they making s’mores?

Once we got inside, we broke a slight sweat as we jogged to the electronics department and joined the other couple hundred early birds in the mile-long line. I swear I began to have flashbacks of the Cabbage Patch riots back in 1983. I was in my early 20s. Let’s stop and camp there for a while — early 20s.

Anyway, those adoptable dolls, complete with birth certificates and names, were sold out everywhere and people were fighting over them in the toy departments of all the major stores. They were the “it” toy of the year and come hell or high water, my two girls were going to adopt a doll. Between the girls’ grandmother and I, we managed to find two without any punches thrown. One was a boy and wasn’t quite what my daughter wanted, but I talked her into the fact that boy dolls named Berkley (?) need adopting, too.

When my sleep-deprived mind snapped back to reality, I realized our line was dispersing. About the same time, I spotted a woman I knew who worked at Big Box. She whispered to me that there were only three laptops sent to that particular store, and of course, I was No. 269 in line.

I was livid. I saw stars. Or was that the bad fluorescent lighting blinking off and on? After a couple of laps around the store and seeing empty shelves and a fistfight or three, we were done. Looking back, I have to admit that those pancakes, syrup and several cups of coffee made me feel better and gave me a sugar high. That was the only fun thing I did that day — get high on pancake house syrup.

After that fiasco, if anyone so much as mentions Black Friday, my hands start to tremble and I practice that Lamaze breathing technique I never got to use because of those darn C-sections.

Black Friday sales are nothing but bait to lure us into the stores in the wee hours of the morning. They think we’re too bleary-eyed to catch onto their deceit, and before you know it, you’ve gone in for a $250 laptop and walked out with a $3,000 3-D flat-screen TV. Gotcha! I do believe they like it when fights break out and they get free publicity on the local news channel.

These days you’ll find me curled up on the sofa with my laptop, checking out all the Cyber Monday sales or maybe headed to grab a cup of coffee in a pretty red cup. You won’t, however, find me anywhere within a five-mile radius of a Black Friday event. It’s just not my thing. I don’t want to be clean up on aisle nine.

So, Black Friday: A do or a don’t for you? Spill your guts! I’m not going anywhere.

16 mins ago
by Tamara Kraus