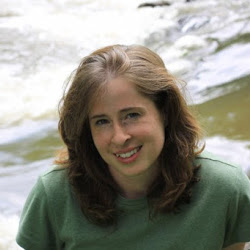 When I started working retail as a part-time employee — in addition to already working a full-time job and going to school online — I never considered the thought that I would have to work on Black Friday. I had never been a Black Friday shopper. I honestly don’t like to deal with crowds, even for a great deal.

As Black Friday approached, the store prepared for the crowds. Extra merchandise was ordered. We were warned that it would be very hectic and stressful. I knew that management was putting procedures in place to try to deal with everything the best that we could.

Black Friday arrived. Lines were forming outside in the darkness as we tried to get prepared for the rush of people about to stream in through the doors. I thought that I was prepared. I mean, how bad could it be, right? I was in no way prepared for the craziness that rushed through those glass doors. The second the “click” unlocked the doors, the frenzy began.

Immediately, I felt the chaos as people rushed — some ran — to grab items off of the shelves. The funny thing was that some of those items were the same price the day before. Some of those discounted items weren’t discounted by much. True, some items were great deals, but I was amazed at people just grabbing items in a frenzied state.

At first, I was stationed on the sales floor and I was literally being shouted at by customers to help them find this or that as they had to get to the next store as they opened. Waiting for me was not on their to-do list, and I found people became irritated quickly!

The register lines were backing up, and I was called to work the register since I was a fast cashier. Let me tell you, the last thing that you want to have to do is change a register receipt tape roll on Black Friday. It’s like everything that I did was in slow motion — although it wasn’t. People were fuming before I could get the tape roll changed.

As the day wore on, the crowds dwindled, but working on Black Friday will be an experience that I will never forget. I watched people get caught up in a hurried frenzy as if their lives depended on a pair of socks. I watched people snatch clothes off of hangers in desperation. I watched people shop in their pajamas. Some women still had curlers in their hair. I watched women pull out their timeline — yes, a timeline — of which store they needed to get to and in what order.

I know that each store is different, but where I worked, working on Black Friday was not optional. It was mandatory.