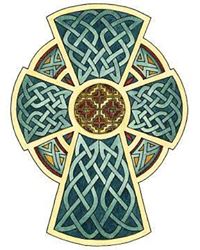 The Irish have been celebrating Halloween since around A.D. 1000, and many of the celebrations that began in Ireland continue around the world every year.

Back in the day, Halloween was a pagan festival called Samhain. There are so many different Gaelic ways to say Samhain, but I recently read that the correct way to pronounce it is SAV-ahn.

The Celts believe that on the eve of Halloween, dead spirits visit the living world. Bonfires were lit to keep evil spirits away and the Celts dressed in disguises, thus Halloween costumes.

Samhain was celebrated at the end of the summer, and it was also the start of another year. The day’s most well-known concept was that spirits would walk the earth, thus the communities would get together and have bonfires to ward off evil spirits. When the fire was only embers, the ashes would be taken and spread on the farmers’ fields as a good-luck charm.

A lesser known superstition involved cutting your hair and putting a bit of it on the fire. Supposedly, it would tell you who your husband would be.

Have you ever wondered how jack-o’-lanterns came to be?

It is from an old Irish folktale about a man called Stingy Jack. The story goes that Stingy Jack invited the devil to have a drink with him, neglected to pay and convinced the devil to turn into a coin so that he could pay for the drinks. The devil did as he asked but Jack, being stingy that way, decided to keep the coin for himself.

He put it in his pocket next to the cross he had in there, which prevented the devil from going back to his original form. Jack eventually did free the devil with the stipulation that the devil could not bother Jack for one year, and if Jack died, the devil could not take his soul. The story goes on with Jack tricking the devil to keep him from bothering him.

Jack eventually died, but God would not let him into heaven. The devil was not happy about the tricks Jack had played on him, and he did not allow Jack into hell. So Jack had to go into the night with only a coal to light his way. Jack, being the resourceful man he was, put the coal into a carved-out turnip, and he is still wandering the earth.

His ghostly figure was called Jack of the lantern, turned into jack-o’-lantern. The custom of a turnip being used was eventually changed to a pumpkin. Irish immigrants brought the tradition to America, which was the home of the pumpkin. We now carve pumpkins because it traditionally keeps the spirits away.

Where did trick-or-treating come from?

Well, that is another Irish custom where the poor went begging from door to door at rich people’s homes to ask for money, food or kindling. They would then take their beggings back home to use in their Halloween celebrations.

Food played a major role in the Samhain season

Colcannon is a combination of cabbage, potatoes — and sometimes bacon. I love colcannon and usually make it on St. Patrick’s Day, but it can be enjoyed anytime.

It is like a sweet bread with fruit and other items in it. Those items can be a coin for a prosperous year or a ring that would mean continued happiness or a romance in the future. There could also be a thimble in it, and that meant that you would never marry. When barnbrack is served, each member gets a slice and a prize.

So now that you know a bit about where the Halloween tradition comes from, have a safe and happy Samhain!