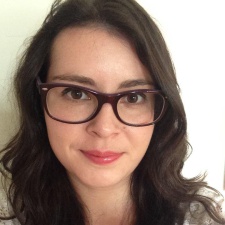 It was a crisp autumn night, slightly different from the others. It was the first Halloween I’d celebrate in America after moving from The Netherlands. I was 12 years old, and while I’d read about Halloween and thought I knew what to expect, I was still excited about the new tradition.

In our province of North Brabant in The Netherlands, we’d been accustomed to celebrating a similar holiday known as Carnaval. This multi-day celebration consisted of dressing up in colorful costumes — generally, the more amusing and creative, the better. You’d spend Carnaval with family and friends before Easter, and schools often hosted their own celebrations. Adults and children were encouraged to wear an array of fun costumes, and some cities even hosted parades with floats. Mayors of participating cities officially handed over the key of the city to the “Prince Carnival” who took over to host the celebration.

Now in the United States, our family looked forward to digging into Halloween and trying one of the spirited activities. In the beginning, that consisted of trick-or-treating and visiting haunted houses with friends.

One particular Halloween, rumors emerged of a black bear walking around the neighborhood, but people assumed it was someone impressively dressed in costume. Luckily, no one was harmed, and the bear wasn’t seen beyond that night.

In high school, we showed up to school in costume, carved pumpkins before the big night and then trick-or-treated together. In the later few years, it became even more fun to join my family in giving out candy to the little ones in the neighborhood.

My mom never ceased to amaze me with her attention to detail in decorating our “scary” house. One year stands out in particular: when she included a life-size, decorated witch standing next to the door. Other parents often complimented us on these particularly funny home features, while the kids would either laugh or stay close to their parents’ sides fearing the scary witch by the doorway.

The beauty of Halloween is how the holiday remains enjoyable, no matter how old you are. When you’re younger, you marvel at the chance to dress up like your favorite superhero or princess. As you get older, the focus becomes on celebrating the day with your family and friends and creating your own traditions.

After moving around and enjoying Halloween festivities in different cities like Boston or New York City, I’ve learned to appreciate various parts of the holiday. Whether it was trick-or-treating as a college student in Boston in Beacon Hill with my Emerson College friends or planning a low-key get-together at home in New York City, there’s something cozy, wonderful and unique about Halloween.