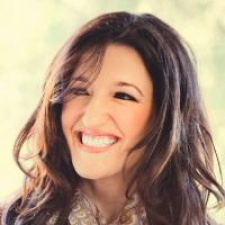 My husband and I were relaxing after a long workday when a commercial made me cringe.

In it, a couple ran up to their realtor saying, “We need to return our house!” They complained about their internet speed and how they can’t get anything done. The wife said, “I sell dollhouse furniture online!” Her husband said, “It’s her hobby.” She glared at him and said, “It’s a business.”

Pangs of annoyance ran down my spine, but I tried to rationalize the commercial. “It’s no big deal,” I told myself. “It’s just a commercial.”

But it was also an accurate representation of an American couple. The wife tried one of those stay-at-home internet businesses, but the husband didn’t take it seriously. She wasn’t making money at it, not enough to call it a business in his eyes, but at least she has found her life purpose.

“Maybe my perspective is warped,” I thought. “Maybe most people can’t relate to my annoyance because I started my career in a minority field. Maybe I don’t belong in this conversation.”

Then the hosts of The View career shamed nurses, and the internet exploded.

In case you missed it, Michelle Collins and Joy Behar made several insensitive comments about Kelley Johnson, a Miss America contestant who happens to be a nurse. Johnson, who is Miss Colorado, used the talent portion of the pageant to give a monologue about her career — and her passion. At one point, Behar asked why she was wearing a “doctor’s stethoscope,” not realizing — or acknowledging — that nurses wear stethoscopes to check patients’ lungs and hearts regularly.

Impassioned nurses, friends of nurses and countless people whose lives have been affected by nurses created a #NursesUnite movement all over social media. The movement has shined a light on the nursing profession, educating, advocating and defending the professionals who provide patient care. Sponsors pulled ads from The View in response, and today several nurses appeared on the show to respond to the controversy.

You don’t mess with nurses.

And this is where I’m stepping into the conversation.

Ten years ago, I began my career as a music therapist. Since then, my company has served thousands of Alzheimer’s patients, cancer patients and kids with special needs. We’ve served thousands of people globally. I’m now in demand as a keynote speaker and Fortune 500 company team builder.

When I started my career, though, I had no idea what the future would hold. In the early 2000s, I returned to my undergraduate university to meet up with old friends. I happened to run into my former orchestra conductor. He asked what I was up to, and I told him I was going to graduate school for music therapy. He scoffed and turned his head away, toward another conversation.

My goals weren’t worthy of his attention.

There were the countless boyfriends whose voices merged into one refrain: “I’ve never heard of a business model like yours that works. It’s great that you’re helping people, but you shouldn’t try to fit that into a business.” Thankfully, I found an amazing man who is 100 percent supportive and loves to see my company grow!

I’m one of the lucky ones who can say, “Look at me now. I overcame, even when you were laughing at me.” I was that woman in the internet commercial who started a “hobby” no one took seriously. I can feel Kelley Johnson’s vulnerability. I can relate to the nationally televised career shaming that pummeled through the nursing profession like a tidal wave.

I used to fight back.

This is my “before” image:

A successful woman is one who can lay a firm foundation with the bricks others have thrown at her. — adapted from David Brinkley

This attitude can be very helpful during hard times, but truthfully, I’ve spent most of my life puffing out my chest, proving myself. I’m tired. I’m closing the chapter of fighting back. The battle can create a hard outer shell with bulletproof armor, but I’m committed to staying soft, versatile, open-minded and curious.

I’m done proving myself to the naysayers. Now, I spend my energy being myself, doing my thing and loving those who get it.

I’m energized these days by nurturing those incredible supporters who have blessed my life and career for a decade. I cherish the people who made such a difference and stood up for me so strongly. I never would’ve come this far without them. I’m relieved to return to my innocent, soft, vulnerable, curious and child-like self again. Life doesn’t have to be a battle.

These are my “after” images:

A woman who walks in purpose doesn’t have to chase people or opportunities. Her light causes people and opportunities to pursue her. — Anne Nwakama

She needed a hero, so that’s what she became. — Unknown

Have you ever been career shamed? I’d love to know your story and support you! Let me know in the comments.