Prime Minister David Cameron kicks things off in the U.K. with an hour-long tribute to Her Majesty in parliament on the morning of the day she surpasses her great-great-grandmother Queen Victoria as the longest-reigning monarch. A statement from the Speaker John Bercow will begin the tributes from the House of Commons.

International tributes will already have been underway for several hours, reports The Telegraph: Tuvalu, the easternmost Commonwealth realm, which is 12 hours ahead of London, is expected to be the first country to pay tribute to the Queen, followed by New Zealand, the Solomon Islands, Australia and Papua New Guinea.

More: The Queen points out Downton Abbey mistakes because one can

The Queen’s waxwork at London’s Madame Tussauds has been given a fresh new look to celebrate her record-breaking reign. A team of four spent 150 hours sewing 53,000 Swarovski crystals onto a white and silver lace gown to recreate the monarch’s diamond jubilee dress. 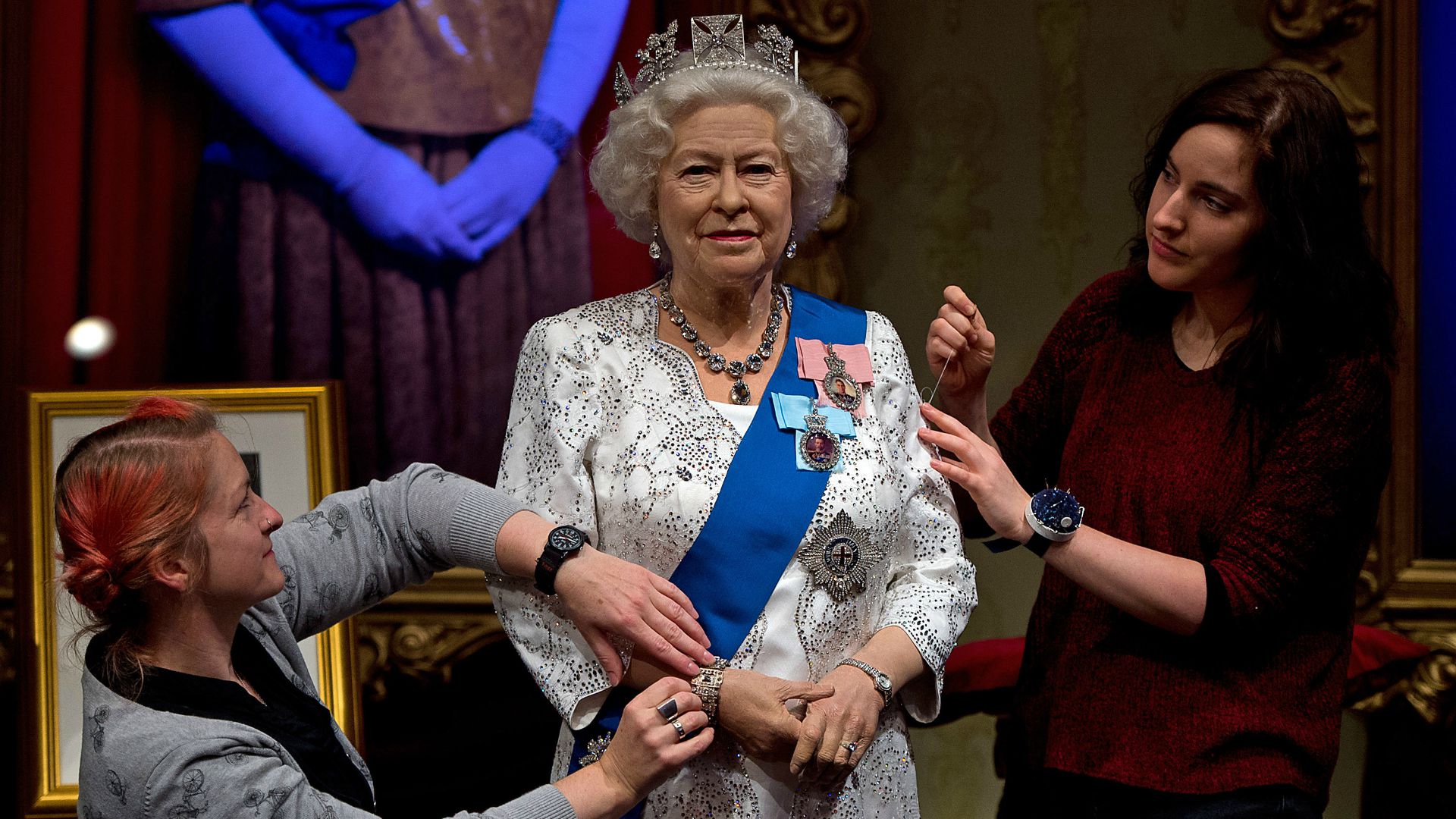 Several events are planned both here in the U.K. and across the 53 Commonwealth nations to celebrate the occasion.

A flotilla, similar to that of the 2012 Diamond Jubilee celebrations, will sail along the River Thames, passing the Houses of Parliament and Big Ben. From midday historic vessels, leisure cruisers and passenger boats on the water will sound their horns for one minute.

In Edinburgh a new exhibition charting the Queen’s reign, Long To Reign Over Us, featuring a selection of photographs from 1952 to the present day, will open its doors at Holyrood House.

At the exact time the Queen surpasses the record a bell will ring at Ripon Cathedral In North Yorkshire.

Celebrations will also take place in Jamaica, Belize and the Caribbean island nations of which the Queen is head of state. In Canada a half-hour musical tribute will feature the Dominion Carillonneur Dr. Andrea McCrady playing a series of tunes on a carillon from the Peace Tower in Ottawa.

According to ITV News, the royals will mark the day with a “low-key,” “private family gathering but not a celebration.” The Queen will officially open the £300 million Borders Railway in Edinburgh and it’s expected that during her speech she will acknowledge some of the tributes paid to her thus far.

On Saturday, Sept. 12, Buckingham Palace and Windsor Castle are inviting families to attend a day of “fantastic family events” including storytelling, live music, face painting, arts and crafts workshops and a costume parade.

More: Kate Middleton allegedly gets a harsh nickname from the Queen