You often hear about people getting bad tattoos on a wild night out, but they at least have some excuse for ending up with their permanent marks. While it may not take away the sting of a ying yang tramp stamp, at least they can tell themselves they weren’t in their right mind when they got it.

However, the folks in this video have no such excuse. They entered into this ridiculous carnival-like game with all their faculties intact, saw the permanent consequences and still went ahead with it.

The game was set up simply enough — the willing volunteer puts a hockey puck-like disc into a roulette-like square board, that then manipulates the puck on its way down so it lands in one of eight banks. The banks are your tattoo choices, and to put it mildly, they’re not the most flattering. Here are just a few of the options: Trump’s toupee with the word “Trump” under it, Jar Jar Binks and a tattoo that actually reads “tramp stamp.”

More: 15 Tattoos that are the perfect wedding ring alternative

Then you get to play the same game again, this time to determine where the tattoo will be etched into your body forever. While the usual suspects are there — upper arm, lower back, butt — they do have face as an option. I have to imagine having Trump’s toupee on my face forever would be akin to Hester Prin getting marked with the scarlet letter.

Now at first, I had qualms with Elite Daily deciding to make this video at all. I mean, it’s really quite silly, and doesn’t say much about the human condition, except that some people are willing to do anything as long as it’s publicized. However, that being said, the idea still compels us to watch it, because we simply can’t imagine there are individuals who would actually do it. I believe it’s this inherent fascination with the absurd that’s paved the way for the reality TV shows that flood our media spheres. But I digress — onto the freak show!

I think my favorite part of this video might be all the people who refuse to go through with it once they’re faced with the ridiculous tattoo choices. I would definitely be making a beeline for the exit if I had to pick between the old Internet Explorer symbol and the song lyrics “come my lady, come come my lady.” However, that being said, I suppose the whole scenario would make a pretty good story when someone asks, “Why did you get that tattoo?”

More: 20 Tattooed women challenging the taboo against ink in the workplace

There are also plenty of people who don’t think of permanent body art as such a big deal, especially if they already have several tats of which to speak. I, being a tattoo virgin, know if I were ever to get one, the specifics of it would have to be perfect for me to feel comfortable with it on my skin for the rest of my life. I think of it like choosing a life partner — it has to be “the one” for you to make that permanent commitment.

I’m pretty sure that was not the case for the girl who got her tattoo cherry popped with the True Detective Season 2 Emmy tattoo in this video. Hopefully her friends and family will get the joke.

More: Tattoo removals are on the rise, here’s how you can avoid tattoo regret 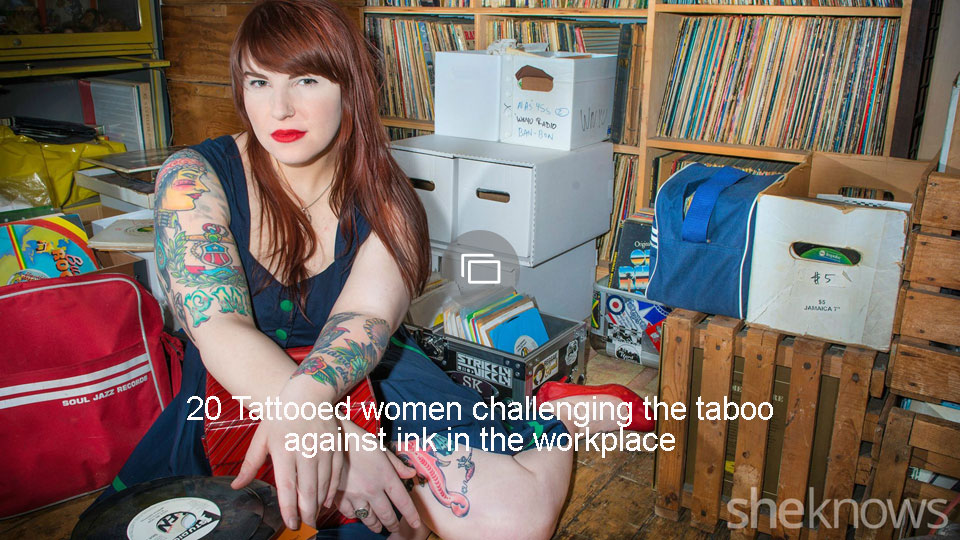