According to the Pew Research Center, 25 per cent of female Internet users have experienced online sexual harassment.

“I’d rape you if you were better looking.”

“Do me a favour go home and slap your mother obviously your father never did it enough [sic].”

“You know the best thing about a feminist they don’t get any action so when you rape them it feels 100 times tighter [sic].”

More: How to safely deal with Internet trolls and cyberbullies

These Facebook comments are mild in comparison to the messages that Paloma Brierley Newton and her friends have received from male users over the last few days.

This all started on Tuesday, Aug. 25, 2015, when a male Tinder user shared a screenshot of Olivia Melville’s Tinder profile with his friends on Facebook. Her profile description read, “Type of girl that will suck you dry and then eat some lunch with you,” which is a variation of a lyric from a Nicki Minaj song. Apparently, the male Tinder user disapproved and so did his friends.

According to Paloma, “The comments started to get pretty intense and at one point people starting insinuating that my friend should be raped because of her tinder [sic] profile.”

On coming to her defence, Olivia’s friends received similar treatment.

The women were threatened with both rape and death for simply standing up for themselves and coming to the aid of a friend who was being slut-shamed.

But wait, isn’t this just how women are treated on the Internet? 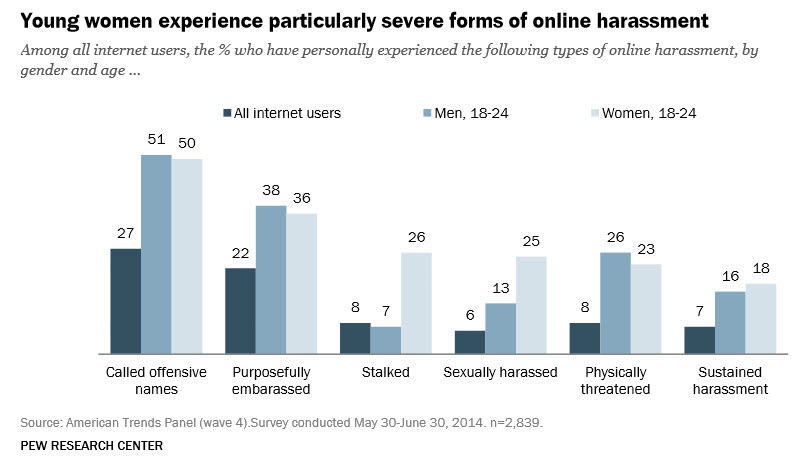 Just another normal day in the life of a female digital citizen, right?

But rather than sit back and accept this as normal, these women went to the police. They were told that these cases are difficult to handle or prosecute.

Unsurprisingly, the women found this response inadequate, so they founded an advocacy group, Sexual Violence Won’t Be Silenced (SVWBS), and also created a Change.org petition.

The petition calls for the training and education of law enforcement professionals in online harassment, in addition to challenging the NSW and Australian governments to address this problem. SVWBS believes that these are important steps in “creating a safer and more inclusive online space”.

At the time of publication, almost 6,300 people had signed the petition, with just 1,200 more signatures required to meet the threshold of 7,500 — an achievable goal for a group of fearless women.

“Be warned men, the internet is not longer your invisibility cloak [sic],” writes Paloma in a Facebook post. “I am coming after you and I will not be stopped.”

You have been warned.

More: Empower your child to deal with sexual harassment at school