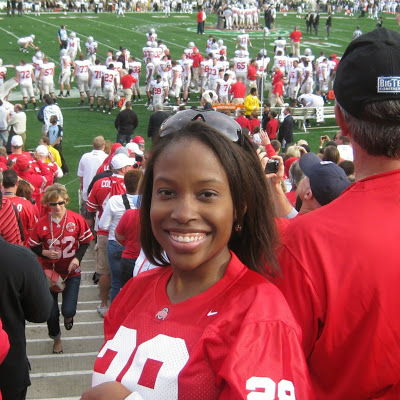 The NFL is in preseason, and while players are busy getting hurt and into fights off and on the field, we mere mortals are busy trying to decide which player to draft for our fantasy football teams.

I participated in my first draft ever just yesterday; my sister convinced me to play in her fantasy football league. I already love it, and here are eight reasons why you should, too.

1. It’s super-easy to start — all you need is a computer.

Yahoo and ESPN, the two frontrunners in fantasy sports, already have most of it figured out for you.

If you don’t know anything at all, but want to participate, I’m going to let you in on a big secret here: If you want, the computer will auto-draft for you.

When you start up (just join whatever league your family, friends or co-workers ask you to join using those sites), you get to pick an awesome name for your team. No pressure or anything.

You can invite your whole league over to draft, and later to celebrate the winner, preferably with wine and cheese.

4. It’s a chance to get involved in the conversation at work or in your social circle.

I just went with the flow when I joined this fantasy football league. The draft experience was great (Skittles!), and I can tell it’s going to be fun to participate this year. Every team is connected on the web through their league, so we can all chat and talk.

5. You’ll learn a little (or a little more) about football.

Or, if you already know a lot, you can share your knowledge and follow your passion a different way.

6. The smack talk and bragging rights.

Yeah, that’s my competitive spirit coming out. I’m looking forward to this.

You’ll find yourself cheering for different teams and players week to week, because they’re on your fantasy team.

So, what do you really need to know?

The only thing I recommend you learn about is how to earn points in your league. Usually it’s from scoring touchdowns or running yards. Hence, running backs are really important in fantasy football, because they’re likely to earn your team points. In fact, your first-round pick should be a running back. Stack your team with those backs!

Another important position to have good players: wide receivers. They usually score touchdowns, too. Try to get a couple of good ones, preferably starting in the second round.

I also drafted a tight end early, because they score touchdowns by catching passes from the quarterbacks.

Here’s how my team turned out:

I’m pretty pumped for my very first team (Skittles!). I have yet to figure out how to play week to week… but I don’t need to worry about that until next Thursday.

Do you want to play fantasy football? There’s still time! Join a league at work or at home right now. If you’re on the fence, just play! We can learn together along the way.