The Notting Hill Carnival is one of the highlights of the London summer calendar with a rich history behind it. Here’s everything you need to know about the U.K.’s most famous and colourful street party.

1. History of the carnival

Since 1965 the Notting Hill Carnival has taken place on the Sunday and Monday of the August bank holiday weekend. The first Carnival actually took place six years previously, in 1959. It was initially an indoor event, organised by Trinidadian journalist and political activist Claudia Jones (who is widely hailed as the “Mother of the Carnival”) and held in St. Pancras Town Hall.

The inaugural Carnival was a response to the racial tension in the U.K. at that time, for example the Notting Hill Race Riots, which spanned a week during August and September 1958. The first Carnival was a huge success and the London Free School and the growing hippy movement helped it grow into a large outdoor event, with people from all cultural backgrounds joining forces to promote unity and celebrate diversity. The first outdoor event in 1966 was organised by Rhaune Laslett, a community activist, and designed to be a street party for local children. When Russell Henderson’s steel pan band took their music through the local streets the seed for a carnival procession was sown.

Today the Notting Hill Carnival attracts in the region of 50,000 performers and 2.5 million visitors over the weekend, making it the second largest street carnival in the world after Rio. 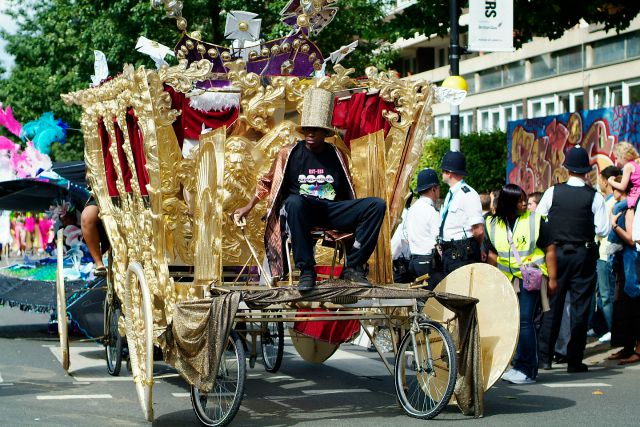 This year’s Carnival has the theme “Emergence of Carnival,” in recognition of the diversity of carnival arts and its link to the evolution of the London Notting Hill Carnival.

The London Calypso tent will be showcasing Calypsonians from the U.K. and beyond, presenting storytelling, poetry, political commentary, humour and more.

Free open-air evening “Panorama” is held from 6 p.m. to 10 p.m. on Aug. 29 at Emslie Horniman Pleasance Park on Bosworth Road, with competitive performances by national steel bands and other musical entertainment.

On Aug. 31 the “Grand Finale” takes place. The main parade consists of 60 bands in flamboyant costumes walking the streets to a soundtrack of diverse music genres and, of course, the steel pan bands. No less than 38 static sound systems are placed along the Carnival route, which is also peppered with food stalls and all sorts of other performers to entertain you. 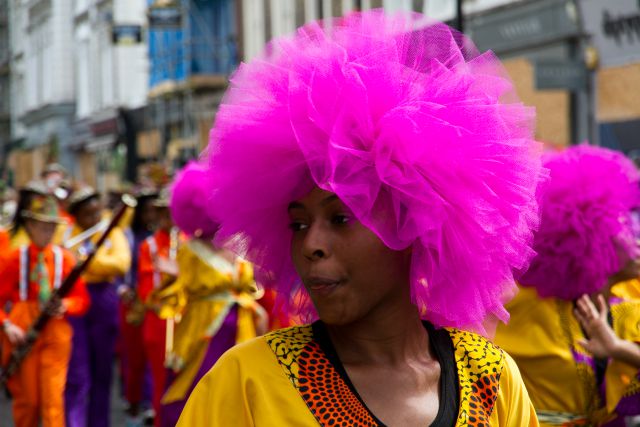 More: 10 Reasons London museums and galleries are the most googled in the world

3. Getting to the carnival

Due to parking restrictions and road closures, the best way to travel to the Notting Hill Carnival is by public transport. Plan your journey in advance and allow extra time! The closest Tube stations to the Carnival area are Latimer Road (Metropolitan Line), Holland Park (Central Line), Notting Hill Gate (Central Line) and Bayswater (District/Circle Lines). Ladbroke Grove station is closed for the duration of the event.

Buses do not run to their normal timetable during the Carnival but line up in Elgin Avenue, north of Harrow Road, and run as soon as they are full and as long as demand continues.

The Notting Hill Carnival app is the best source of up-to-date travel information. 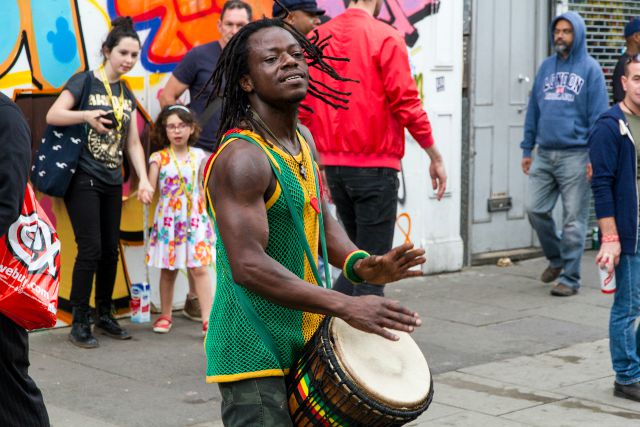 4. Staying safe at the event

The reputation of the Carnival has suffered over the years, when crime incidents have taken place, but an earlier finishing time and greater police presence have helped keep incidents to a minimum. To get the most out of your Carnival experience, bear in mind the following safety tips: 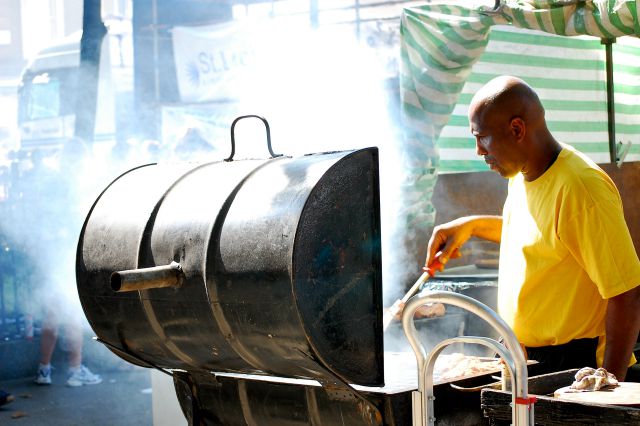 Sunday is “children’s day” at the Notting Hill Carnival, with smaller crowds and child-friendly floats creating a more family-friendly vibe. Family workshops will be running at Emslie Horniman’s Pleasance park and there will be plenty of Caribbean food on offer to give your kids’ tastebuds a new experience. 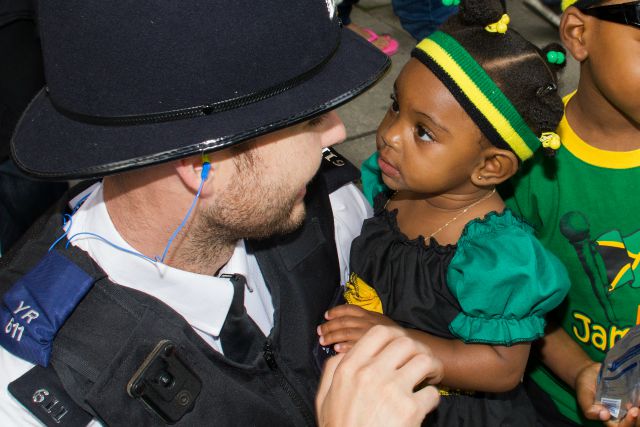 Sephora’s 2022 Advent Calendars Are Finally Here & Guaranteed to Sell Out, Snag Yours While You Still Can

5 hrs ago
by Kiki Waldorf