Get ready, world. Melissa McCarthy’s new clothing line is here, and it’s about to take fashion by the delicates. While it won’t officially launch until Sept. 1, we’ve been given a first look at some of the styles, and they are fierce with a capital “F.”

She’s calling it Melissa McCarthy Seven7, and claims it will be “everything a woman needs.” And when she says “woman,” she means every woman. It’s not exclusively a plus-size line, but will include sizing from a size 4 to a size 28. McCarthy’s all about designing clothes that are fabulous, but also serve a function, and fit most everyone.

For example, she loves pockets and the purpose they serve, so every outfit has pockets. She told Vogue, “I want pockets in my dresses. I put pockets in everything! I want pockets inside my pockets.” I feel you, girl. I get particularly angry when pants have fake pockets. I’m even intent on having pockets sewn into my wedding dress. 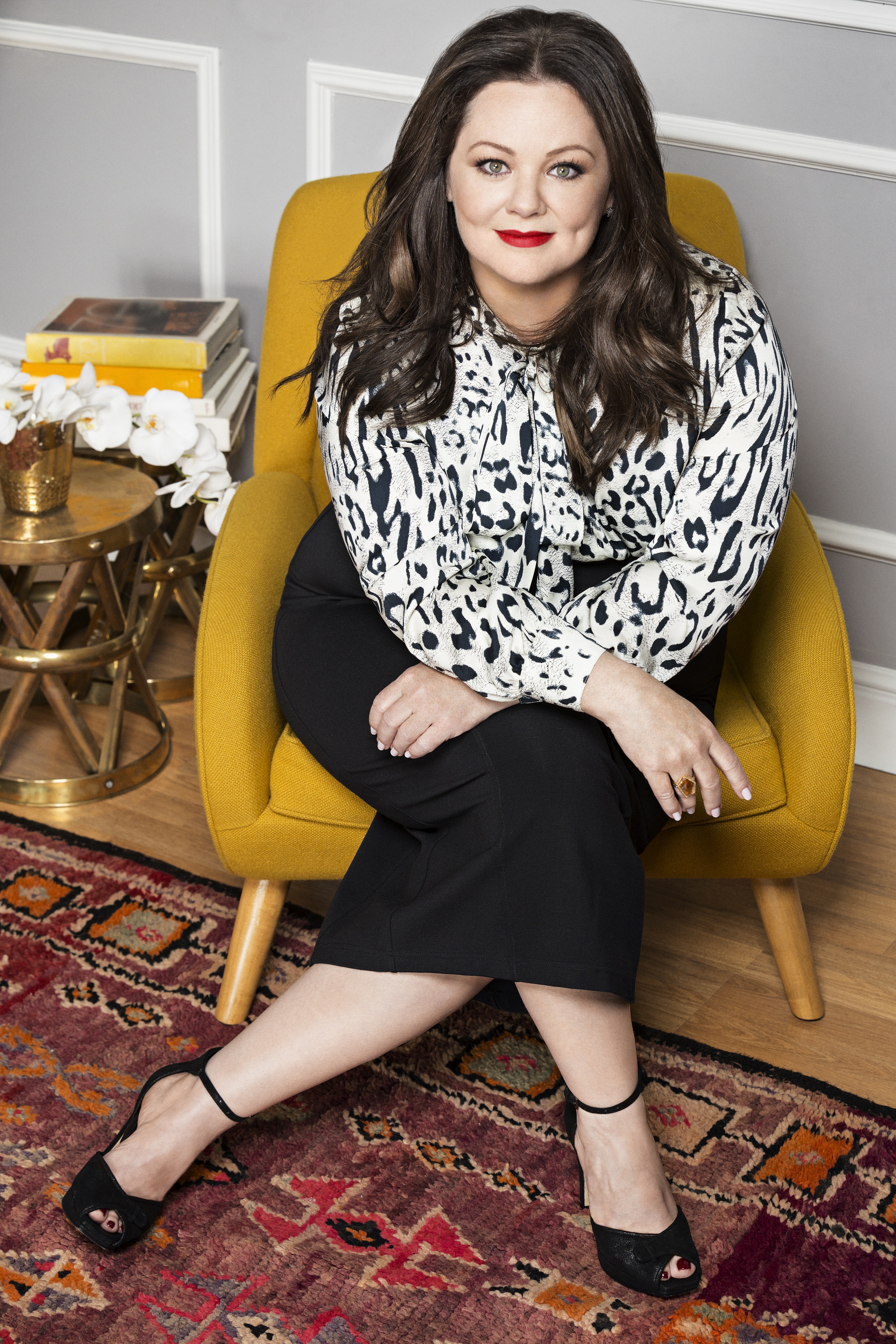 It might surprise you that McCarthy had plans to be a designer long before she jumped headfirst onto the comedy wagon. She was fashion obsessed from a very young age, clipping out design ideas and patterns from magazines and making scrap books with them. She even went to college for it, with every intention of following the path toward designing. “I went into clothing and textiles in college and moved here with [shoe designer] Brian Atwood. I was going to finish at FIT and he made me do stand-up on the second night.” Now I’m sure Brian Atwood didn’t force her to do comedy and TV shows, and eventually movies, but you can see where the split might’ve happened.

She never stopped loving clothes and fashion though. You might think that when she started making red carpet appearances in awesome designer clothes she’d be in heaven, but actually it was quite the contrary. It irked her how high fashion didn’t feel plus-size friendly, but rather forced and uncomfortable. A big part of the mission of her clothing line is to change that. 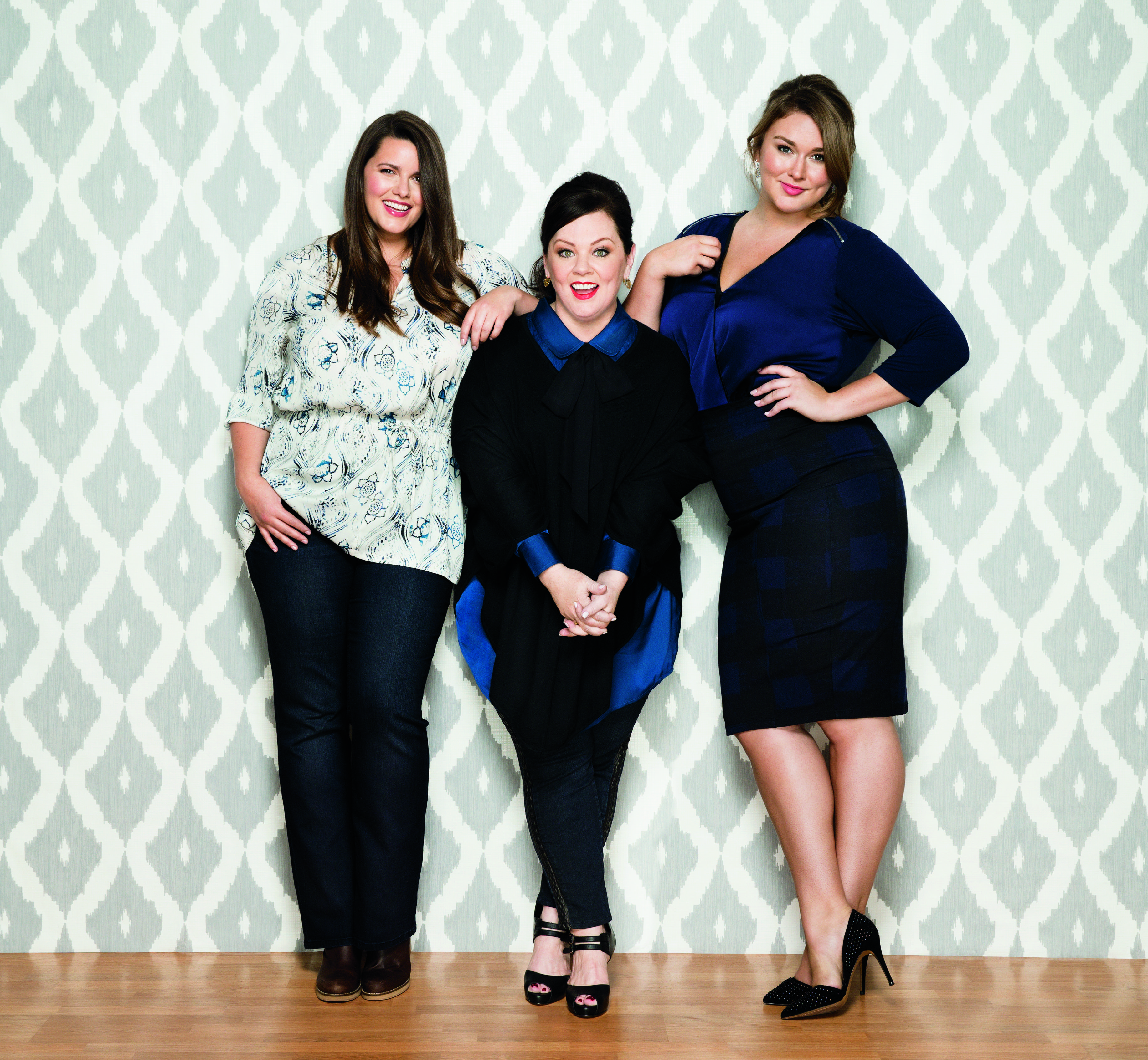 Stylists Judy Swartz and Magda Berliner are working with McCarthy on her line. They also helped incorporate some of the signature looks into McCarthy’s own recent red carpet appearances. Judy Swartz is acting as McCarthy’s creative director. You might remember her name because she was the fashion mogul behind the Olsen twins’ very first fashion line.

McCarthy’s line was designed to show women of all sizes that they don’t have to hide behind slimming blacks, but instead should embrace bold colors and adventurous prints. “I want you to wear it how you want to,” says the actress who’s famous for wearing things backwards, upside-down and inside out. Basically, she wants you to feel free to experiment with all pieces of her line, and find new and exciting ways to wear them. Just remember, if you put both feet through a long-sleeved shirt, you probably won’t be able to walk too far.

The line will appear in Nordstrom, Macy’s, Belk, Bloomingdale’s, Von Maur, Lane Bryant, Penningtons Canada, Evans UK, MelissaMcCarthy.com, as well as several other outlets on Sept. 1. If that feels like a world away, you can check out McCarthy and get a closer look at her line on HSN on Aug. 13.